“I had something to be proud of every day. I was part of an organization with a history. I was accepted into this brotherhood of people that have done important things and stood for something.”

On November 11th, America honors those who have dedicated their lives to serve the country. Going into the military is a huge commitment, and these celebrities have taken on that responsibility before or during their Hollywood career. 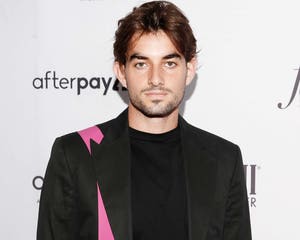 Morgan Freeman always had a love for acting, but he actually turned down a drama scholarship to Jackson State University after graduating high school in 1955. Instead he enlisted in the Air Force, where he primarily served as an automatic tracking radar repairman. He served until 1959, and then made his first credited acting appearance in 1971.

Ice-T joined the Army after graduating from Crenshaw High School in Los Angeles in 1979 in order to support his family and was then deployed to Hawaii. He served as a squad leader at Schofield Barracks as part of the 25th Infantry Division. He remained there for four years, including a stint in military jail for stealing a rug, and then returned to the civilian world to launch his entertainment career.

“I was like, you know what, I gotta do something responsible. I’m out here in these streets running around. What if I go to jail? So I went to the Army. I went down and I signed up,” Ice-T told Howard Stern.

Before he was Commander of the First Order in “Star Wars,” Adam Driver was a Marine. He joined shortly after the 9/11 terrorist attacks and served for two years. Right before he was about to be deployed, he was in a mountain biking accident and was medically discharged, to his devastation.

“I joined…feeling like I think most people in the country did at the time, filled with a sense of patriotism and retribution and the desire to do something…I loved being a Marine. It’s one of the things I’m most proud of having done in my life,” Adam said.

Clint Eastwood served in the Army after being drafted during the Korean War. He trained at Fort Ord in California and eventually landed a job as a swimming instructor. During his service, he met several other actors and when he was discharged in 1953, he headed to L.A. City College to study drama.

Drew Carey served in the U.S. Marines for 6 years, from 1980-1986. Carey said he joined the Marines during the lowest point in his life, not even being able to afford to spend the night in motels. After being robbed and getting fired from a job, he said “I was like, ‘Well, I guess it’s time for me to join the military’ because that’s all that I could think of. I dropped out of college. I didn’t have any job skills, really. I showed up at the recruiting office. … So I joined the Marine Corps. and that was it.”

He loved the experience, and told a Cleveland press conference, “I went from not being able to afford to eat or clothe myself to getting three meals a day. I had an instant family. I had something to be proud of every day. I was part of an organization with a history. I was accepted into this brotherhood of people that have done important things and stood for something. Me, little Drew Carey from Cleveland, Ohio, that couldn’t afford anything and was broke and had to mooch off my brother, was part of this thing. I didn’t have to depend on anybody anymore except the people around me. I was wanted and needed and I never forgot that, what the Marine Corps taught me. They taught me to have pride in myself. They taught me to be responsible, to take care of people, all the good things you learn in the military that are great.”

13 Actors Who Got Their Start As Professional Athletes

There’s a reason Alan Alda nailed his role as a military unit surgeon in the hit TV show “M.A.S.H.” He actually served in a station in Korea, a few years after the Korean War ended from 1956-1958. He was deployed there after attending ROTC and graduating from Fordham University in 1956. He told Outsider that he made sure his experiences were reflected in the authenticity of Hawkeye Pierce and his surroundings.

Only about 14% of the US Military is female, but actress Bea Arthur joined when the percentage was near 0%. She enlisted just 5 days after the Marine Corps started accepting women in World War II. She was only 20 and became part of the Marine Corps’ Women Reserve in 1943. After basic training, the Golden Girl served in their Washington D.C. headquarters.

Jimi Hendrix was put between a rock and a hard place when he was 19 years old. Amid legal troubles, he was forced to choose between prison and the military. He chose the latter, and joined the army in 1961, but left very quickly in 1962 after being honorably discharged. An alleged ankle injury from a parachute jump was behind the discharge in one version of the story that has persisted through the decades. It was reported that Hendrix did not enjoy his time serving.

Unlike other celebrities on this list, Elvis Presley entered the military in the height of his career. He was drafted in 1957, and while given the option to be a performer for the soldiers, he opted for standard service. He sacrificed his iconic haircut and did typical day-to-day military activities. He was stationed in Germany and around Europe, where it was reported fans and press would try to climb camp gates to spot him, which resulted in him moving around. Unfortunately, while serving, his mother passed away. He left the military in 1964, and passed away in 1977.

Fun fact: Chuck Norris actually started going by “Chuck” when he was in the military. He enlisted in the Air Force in 1958 after graduating high school, and was stationed in South Korea, where one of his fellow soldiers started calling him “Chuck.” The action hero also learned his martial arts skills while in South Korea. He served for 4 years and left in 1962.

At 18 years old in 1950, musician Johnny Cash decided to enlist in the military. He joined the Air Force, and first was stationed in Texas where he met his future wife. He was then deployed to West Germany and became a Morse Code interceptor and reader in a period of strong tension during the Cold War. He was in West Germany for 3 years, and most notably, was one of the first to hear the message that Soviet Union leader Joseph Stalin had died and passed the message on to superiors after translating. He left the Air Force in 1954, explaining time moved slowly during his service: “I spent 20 years in the Air Force from 1950 to 1954,” he once told The Sun, his record label. 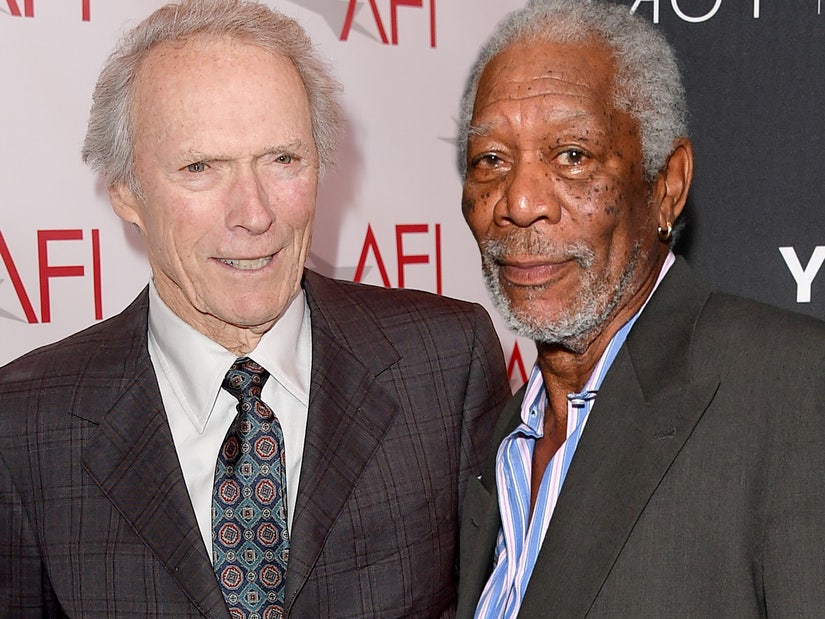