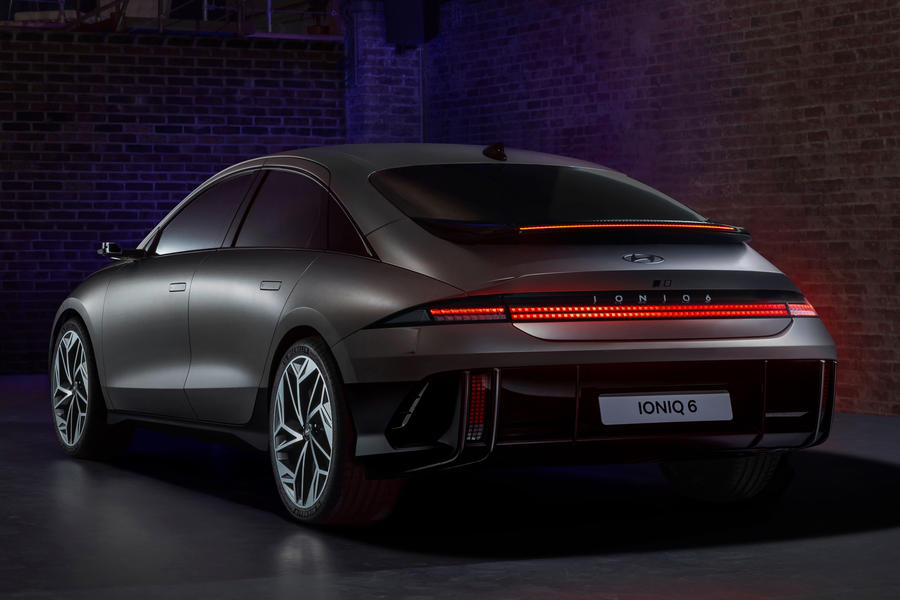 However, unlike the Ioniq 5, the 6 moves away from heritage-inspired design cues and adopts a much more aeroled ‘single-curve’ silhouette, which will help to optimise efficiency while, says Hyundai, embodying “the concepts of Sensuous Sportiness and optimistic futurism”. Together with the low-slung front end, it gives a drag coefficient of just 0.21 – creating one of the most aerodynamically efficient production cars available and making it, according to Hyundai, a “streamliner” rather than a conventional saloon.

The influence of the Prophecy is clear in the pixel-style light clusters, subtle ducktail rear spoiler and curved shoulder line, but the Ioniq 6 is a taller and thus more practical proposition, with a roofline roughly 200mm higher off the ground than that of the show car – chiefly because of the 150mm-thick battery pack.

Combined with the flat floor and an overt focus on ergonomics in the cabin, this means, chief designer SangYup Lee told Autocar, that the Ioniq 6 can be used by owners “almost like a third room. The single curvature creates a very nice warm ‘cocoon’ atmosphere inside. Exterior design is the main factor in a customer’s purchase decision, but for an EV the interior will be the distinguisher for the brand.” 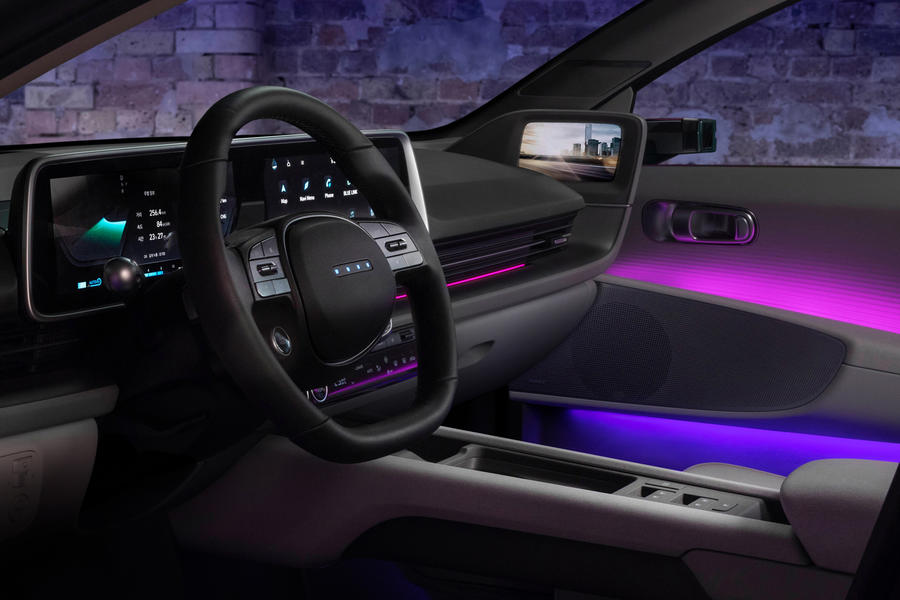