Kia will look to take on Range Rover with its new EV9 electric SUV, which is set to be revealed early next year before it comes to the UK.

Spotted testing on European roads, where it has undergone hot- and cold-weather testing, the Kia EV9 will be the Korean brand’s largest European model so far, sitting at the top of its range.

It was previewed as a concept earlier this year, when Kia confirmed it would be targeting buyers of premium SUVs. However, it doesn’t expect to sell the EV9 in great numbers, due to its size. 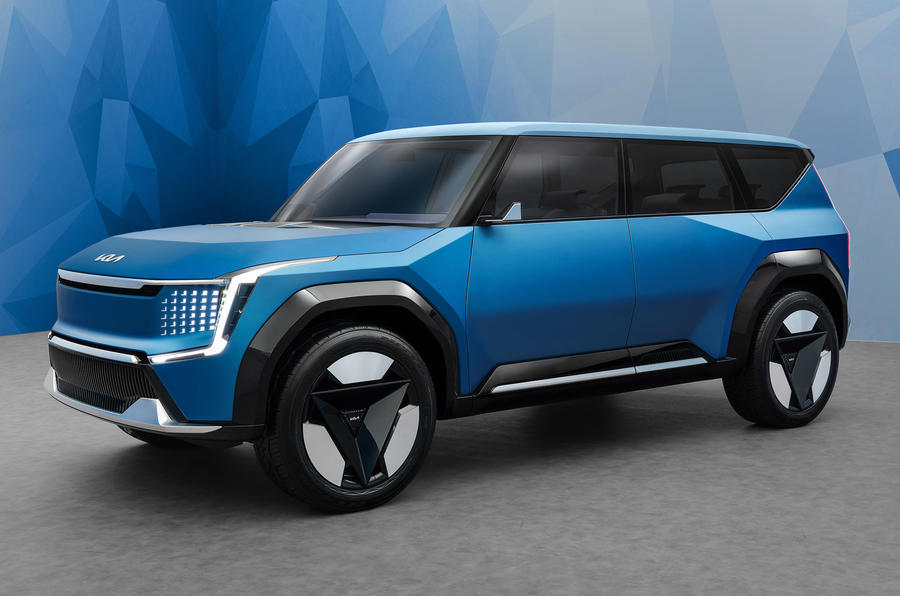 The prototype seen testing was camouflaged, but Kia’s European design chief, Gregory Guillaume, described the concept as “a close preview” – although some aspects aren’t expected to make it to production, including the rear-hinged rear doors and the lack of a B-pillar.

The new pictures of the SUV show off its large size, wide front end and hinted-at horizontal headlights.

Its long wheelbase (3100mm) is also evident, with the EV9’s size the largest that can be achieved on the Electric Global Modular Platform (E-GMP), the same as used by the Kia EV6.

The E-GMP also has an 800V electrical architecture, enabling rapid-charging at rates of up to 350kW.

It’s expected to be launched with a dual-motor, four-wheel-drive range-topper, as well as an entry-level variant fitted with a single motor powering the rear axle.

Significantly, the EV9 will be the first Kia to be offered with the firm’s Automode autonomous driving technology. It has also been designed to utilise both over-the-air software updates and feature-on-demand (FOD).

Kia is aiming for FOD to become a key part of its business model in the future. This could allow for cars to be sold in fewer variants, with owners then buying the specific functions they want. Other car makers are also looking at this.