Lamborghini is readying a radical super-hybrid to follow up the Lamborghini Aventador, and new spy shots give us a fresh look ahead of its anticipated reveal later this year.

It will be Sant’Agata’s first plug-in hybrid, setting the tone for an electrification push which will see the Hurácan and Lamborghini Urus go down the same route in the years to follow, and an all-electric 2+2 introduced in the second half of the decade.

The Aventador’s replacement has been spotted as Lamborghini prepares to end production of the V12-engined flagship, more than ten years since it launched. The brand stopped taking orders for the commemorative Ultimae Edition in October last year.

Importantly, however, while its replacement will use an electrified drivetrain, it will take the bulk of its power from a large-capacity V12, in line with company boss Stephan Winkelmann’s commitment to the emotional value of its supercars.

He told Autocar last year that there is “a lot of emotion attached” to the twelve-cylinder engine, which he is particularly aware of, having been involved in the launch of the Aventador in his first stint as the boss of Lamborghini in 2011. 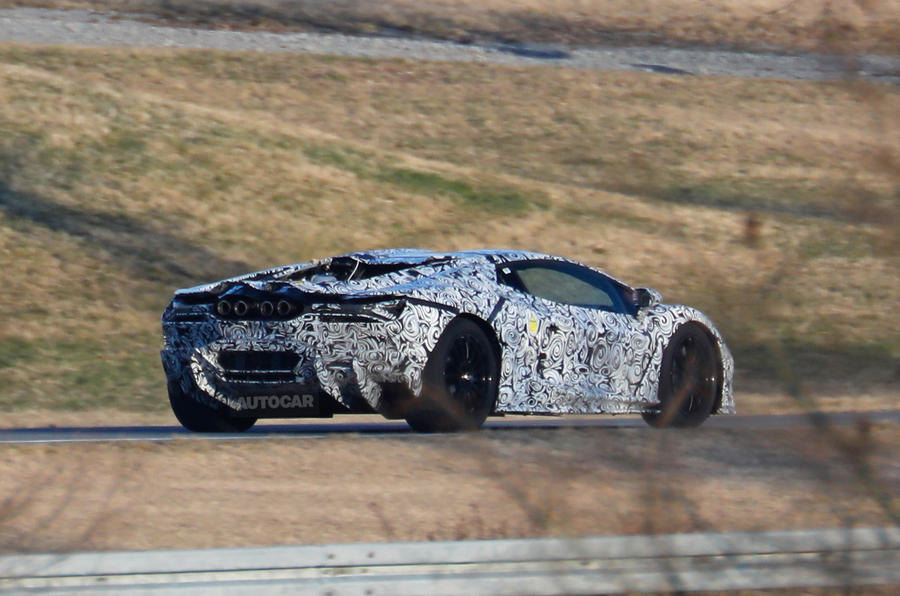 He pledged that electrification will not have an adverse impact on the character or performance of Lamborghini’s flagship supercar: “In terms of CO2 emissions, it is an important change, but we are convinced that this is going to work.

“The plug-in hybrid car which will follow the Aventador will have a V12 engine, and so the sound and the history will stay alive.”

Winkelmann also promised that engineers will work to reconfigure the steering, suspension, brakes and aerodynamics to mitigate the inevitable weight gain wrought by an electrified drivetrain.