The Mercedes-Benz EQE SUV, which will become the latest member of the German brand’s EQ-badged EV range, will be unveiled later this week.

The SUV, twinned with the smaller Mercedes-Benz EQE saloon, will be the fourth to sit on the German car maker’s EV-dedicated EVA platform when it makes its first appearance on Sunday, following from the recently revealed Mercedes-Benz EQS SUV.

When it arrives in the UK in 2023, the EQE SUV will sit below the EQS SUV – itself expected to cost from around £130,000 when it launched later this year – which suggests pricing could start from around the £100,000 mark.

Like its saloon namesake, the EQE SUV will be offered in several regular Benz and hot AMG guises. It will also adopt the smooth-surfaced exterior styling treatment as seen in the smaller model.

This was seen for the first time by spy photographers last year, along with a number of design cues that could be expected on the finished model, including a sloped roofline and an angled tailgate. 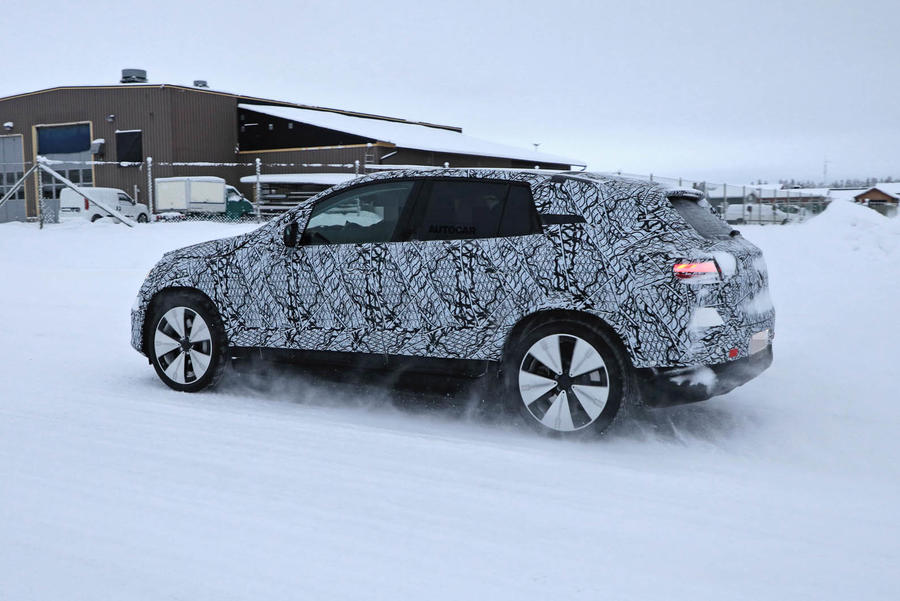 The BMW iX rival is set to use a 90.6kWh lithium ion battery pack with the choice of either a rear-wheel-drive single-motor or four-wheel-drive dual-motor layout. The cheapest version, the EQE 350 SUV, will likely offer 288bhp and 391lb ft of torque, according to our sources.

In comparison, the EQS SUV is offered with a 107.8kWh battery ion battery pack with three powertrain options. Heading the line-up is the four-wheel-drive EQS 580 SUV 4Matic with 536bhp and 632lb ft.

The interior of the car is also expected to take cues from the EQS SUV, which houses a 12.3in digital instrument screen and 12.8in portrait-style infotainment displays as standard.

Like the EQS, top-wrung EQE SUV models will get the headline Hyperscreen, which operates on an eight-core processor and with 24GB of RAM. At 1410mm wide, it includes 12.3in instrument, 17.7in central infotainment and 12.3in front passenger screens in one expansive surface.