The MG 4 electric hatchback will arrive in the UK in early 2023, offering up to 443bhp and 442lb ft of torque in dual-motor performance form.

Revealed in China, where it’s known as the MG Mulan, the latest in a growing range of MG EVs is the first to be based on parent company SAIC’s new Modular Scalable Platform (MSP), which officials say will play a pivotal role in the brand’s future plans.

The modular platform, which MG says supports wheelbases ranging from 2650mm to 3100mm and batteries ranging from 40kWh to 150kWh, has been conceived around a newly developed One Pack battery construction process. It uses horizontally stacked cells to provide a floor height of just 110mm, with the battery forming an integral part of the platform structure.

Originally exposed in a series of Chinese patent images earlier this year, the styling of the 4 represents a departure from other recent MGs, with crisper lines, sheer surfaces and detailing inspired by that first aired on the Cyberster roadster concept that was unveiled in 2021.

A pair of prominent swage lines are incorporated within the sides, while the lower section of the doors form part of an extended sill.

At the rear, the five-door hatchback receives a large two-part roof-extension-cum-spoiler above an angled tailgate, together with a complex full-width tail-light assembly featuring LED graphics.

Among the options is a full-length glass roof. 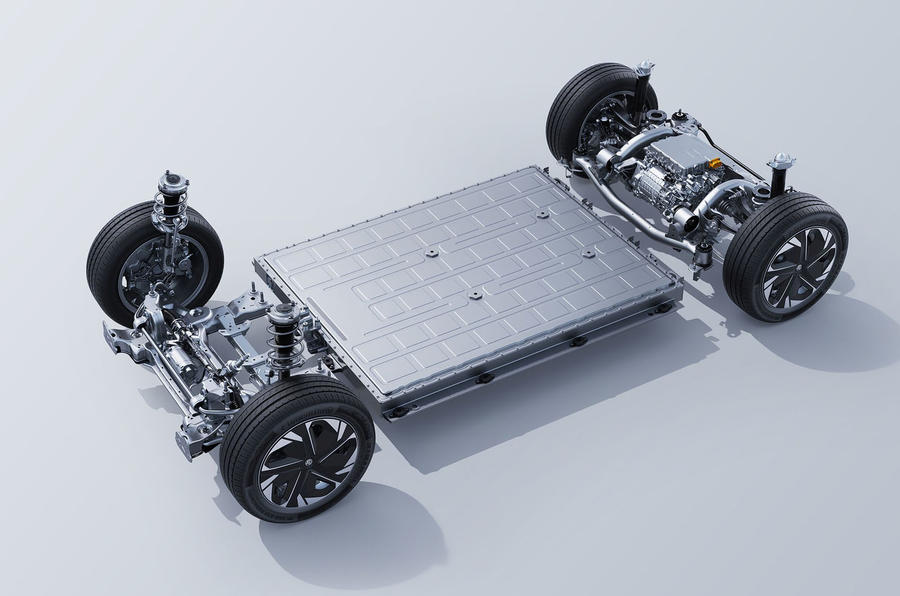