An updated Polestar 2 will arrive next year, with subtle design tweaks and more extensive technical changes, including improved efficiency and performance as well as a host of software updates.

The Tesla Model 3-rivalling model, spotted in these pictures testing in the Alps in prototype form ahead of next year’s launch, will retain the choice of single and dual motor set-ups. The current Polestar 2, in its most powerful guise, offers 402bhp and 487lb ft of torque, with a range of up to 301 miles (341 miles for single motor cars).

The vehicle testing had its front grille and wheel rim designs obscured, suggesting these are two areas due to be updated. Other bodywork which appears lightly refreshed is the front grille and front bumper. 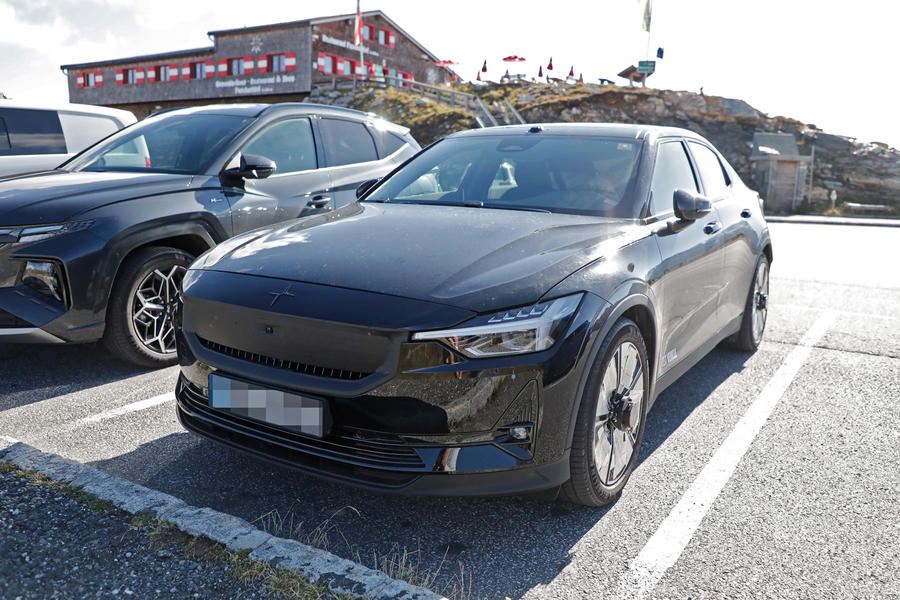 Pictures of the Swedish EV’s interior show it resembles the existing car with the same 11in vertical infotainment screen and plush fabric materials on the dashboard.

While the facelifted model will arrive in 2023, the brand has recently updated its current Polestar 2, introducing Apple CarPlay connectivity, cruise control improvements and boost efficiency and real-world range. Its latest over-the-air updates facilitates the model accommodating streaming apps in future.

Polestar has recently revealed its 3 model, which will be on sale in 2023. The Polestar 6 meanwhile made its public debut at Pebble Beach, selling out its entire 500-strong order capacity in less than a week.

However, the Polestar 2 will remain its biggest selling car next year, making a facelift vital in the face of an ever-increasing pool of rivals including the Audi Q4 e-tron and the mechanically related Volvo XC40 Recharge.