Porsche is preparing to launch another low-volume ‘Heritage’ variant of the 911 this coming summer, prior to the unveiling of a facelifted model in 2024.

Created as part of the celebrations surrounding the rear-engined sports car’s upcoming 60th anniversary, the latest special edition is based around the existing Porsche 911 Carrera T, but with grunt provided by the Porsche 911 GT3‘s naturally aspirated 4.0-litre flat-six engine – which means it should pack 503bhp and 347lb ft for a 0-62mph time of less than four seconds and a top speed north of 190mph.

Meanwhile, a host of lightweight components including carbonfibre doors and roof panel could make it substantially lighter than the most recent entrant into the 911 Heritage series: the Porsche 911 Targa 4S Heritage Design.

Insiders at Porsche’s Zuffenhausen headquarters in Germany hint that the new 911, described as being the lightest of the current 992 generation, is planned to receive the ST model designation last used by the German car maker for a family of ultra-light race cars in 1970.

A launch this year would fit with Porsche Exclusive Manufaktur director Boris Apenbrink’s goal to maintain the exclusivity of the special-edition line. “It will be up to two years before you can expect the next car,” he told Autocar at the Targa 4S Heritage Design’s reveal. 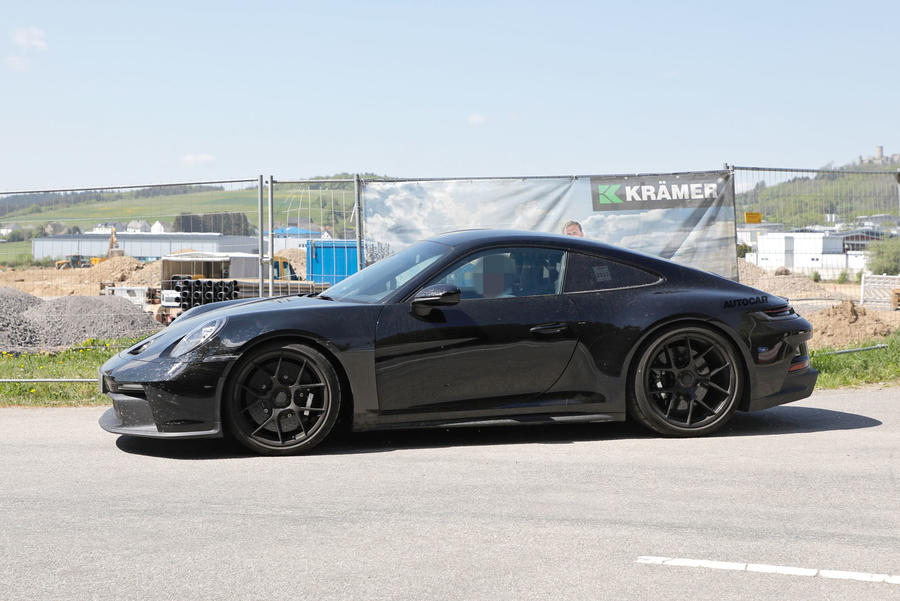 “We don’t want to overdo it. Porsche Exclusive stands for passion and craftsmanship. We want enthusiasts to say: ‘They’ve nailed it – that car has everything that is truly iconic for the ’50s.’”

Official details of the new special edition remain under wraps ahead of its reveal, a date for which has yet to be given. But it’s safe to say the 911 ST will be as exclusive a proposition as the similarly conceived Targa, with a limited build run and a price tag that puts it some way clear of the standard 911 GT3.

The launch of the facelifted model in 2024, meanwhile, is set to bring with it the first electrified drivetrain in 911 history.