The new Suzuki Swift supermini is expected to have softer, Mini-esque styling when it’s released next year.

Spotted testing for the first time, photos reveal an evolutionary look over the current Swift, with pumped-up wheel arches and a rounder front end featuring a curved bonnet shutline and a smaller front grille.

The reduction in size is especially noticeable at the lower bumper, where the outgoing car’s U-shaped section now appears to be a less broad oval.

Other changes spotted include the rear door handles, which have moved from the C-pillar to a more traditional position below the window.

The warm Suzuki Swift Sport might have its front end reworked with sharper lines and a more prominent grille, bringing it into line with the Suzuki Vision Gran Turismo concept car, unveiled virtually earlier this year. 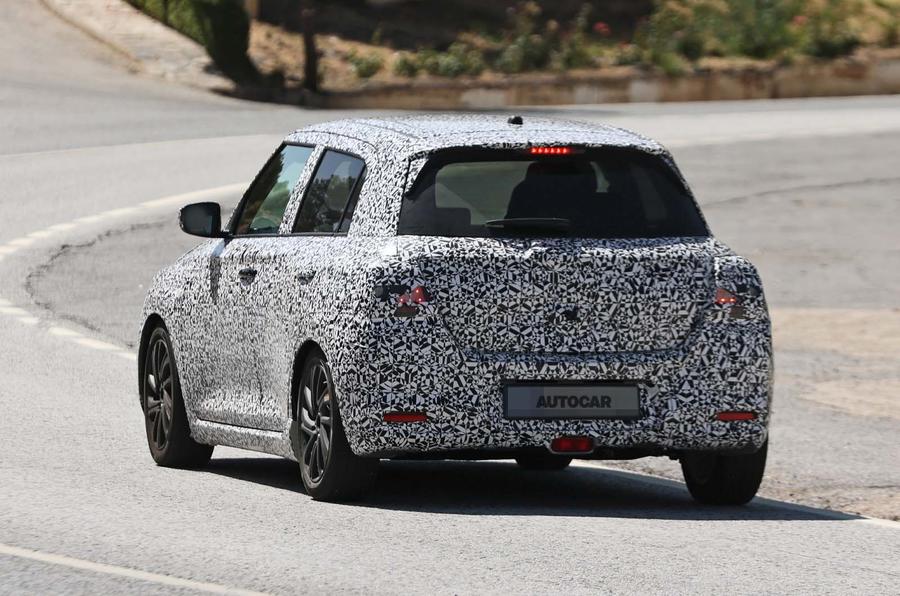 Given the budget-friendliness of the Swift, it’s unlikely that the new car will receive a significant technological overhaul. This is in spite of Suzuki’s partnership with Toyota, which has renewed its focus on hybrid technology in its superminis, including the Toyota Yaris.

This means that the new Swift is expected to receive an upgraded version of the current car’s 82bhp 1.2-litre four-cylinder mild-hybrid petrol engine. The same goes for the 127bhp 1.4-litre Swift Sport.

Nor is much expected to change inside the Swift, although the 7.0in touchscreen that’s standard on the Sport might become standard across the whole range. A head-up display, as featured in the Vision Gran Turismo, could be included on range-topping versions, too.

Pricing is expected to slightly increase from the current Swift’s £15,499, due to the ongoing supply problems affecting many brands, but the Skoda Fabia rival is likely to maintain its market positioning.