The Vauxhall Corsa, the UK’s best-selling supermini, will get a mid-life refresh in the second half of next year, with a fresh look and an array of technology and powertrain updates on the cards.

The country’s second most popular car this year will get a bold new face, adopting Vauxhall’s new Vizor front end – seen on the Vauxhall Astra and Vauxhall Mokka – which includes slimline LED headlights and a solid, blacked-out grille.

Significantly, the electric Vauxhall Corsa-e is in line for a bigger battery: likely the same 55kWh item being introduced to the technically identical Peugeot e-208, which in the French car offers a 248-mile range. The petrol car, meanwhile, will likely keep the same choice of 74bhp and 99bhp three-pots currently available. 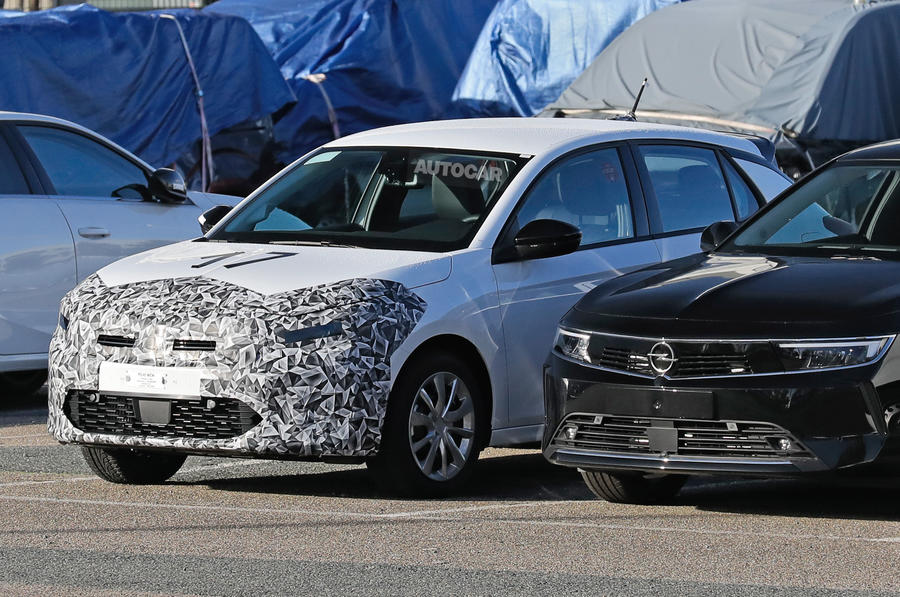 Later down the line, a firmed up, sportier Corsa GSe could also be on the cards to join Vauxhall’s new electrified performance sub-brand – which would serve as a zero-emission successor for the previous-generation Vauxhall Corsa GSi.

This would sit at the top of the Corsa range – in a similar vein to the Astra GSe and Mokka GSe –  and get improvements in the form of sharper handling, a tweaked, lowered chassis and uprated performance.

Pricing for the updated Corsa line-up will likely increase from the current £18,015 starting mark, but stay below £20,000 – keeping it positioned as Vauxhall’s entry-level model. The current electric variant starts from £31,000.

Any hot EV variant, therefore, would likely hit the £35,000 mark, in line with increases from other models that have received the GSe treatment.

The new Corsa will be revealed in the first few months of 2023, ahead of a market launch in the second half of the year.