Lotus and Porsche have chosen this format for their upcoming electric two-seat sports cars in order to preserve the characteristic agility of their ICE models, with the added benefit that it allows for familiar proportions and packaging.

Meanwhile, though, the Granturismo Folgore uses a T-shape battery running between the rear wheels and down the transmission tunnel, so it remains to be seen which arrangement will make it to production.

No doubt the MC20 Folgore will be capable of charging at speeds of 270kW, like the Granturismo, and if it uses the same 83kWh battery pack, it could offer a range of more than 300 miles per charge.

From launch, the MC20 Folgore will essentially exist in a class of one. Today’s most potent EV offerings (the likes of the Lotus Evija and Rimac Nevera) occupy the ultra-rarefied hypercar segment, while electric equivalents to today’s traditional mid-engined supercars have yet to materialise.

Ferrari plans to launch its first EV in 2025 but has yet to offer any details of its market positioning or shape, while the first EVs from Lamborghini and McLaren are likely to take the form of high-riding 2+2 grand tourers, due towards the end of the decade. Honda has confirmed plans for an electric NSX successor but not confirmed a launch date, while Alfa Romeo’s upcoming limited-run supercar could still use a high-output V6.

Grasso said that he was “extremely excited” about Maserati being the pioneer of the electric super-sports car segment, but he added: “It’s not about being the first, it’s also about being the best in terms of performance.” 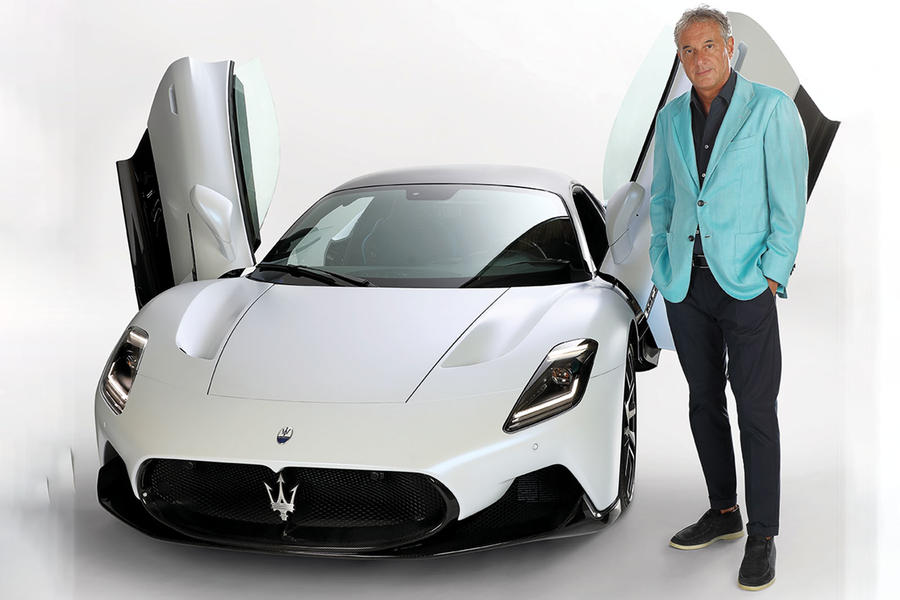 Could Maserati expand its line-up as it electrifies?

“We have a sports [saloon], we have a large SUV, we have a D-segment SUV, we have a grand tourer now – which is a sports coupé, if you will – and we have a super-sports car. So we’re going to have five nameplates. And with a brand like Maserati, the goal is more about continuing to fine-tune, finesse and perfect these models and continue to make sure that the consumer experience the quality, the design appeal, the emotional appeal, the performance and the luxury experience is unparalleled.”