All up, the UrbanRebel measures 4036mm long by 1975mm wide and 1576mm tall, making it a close match for the Ford Fiesta Active, for context. It now sites 218mm proud of the ground, much higher than 2021’s ultra-low concept, which will enhance visibility all round and facilitate ingress and egress. 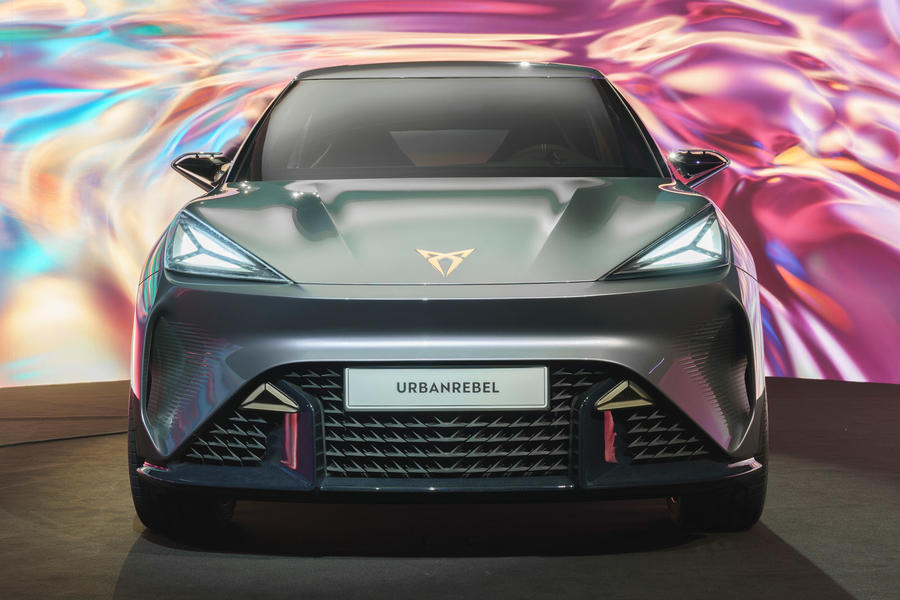 Cupra highlights the two ‘tension lines’ on the bonnet, the muscular creases along the sides and the blacked-out A-pillar (which, it says, gives the visual effect of a motorbike helmet) as defining features of its design. The influence of the Born is clear – down to the wraparound LED rear light bar and chunky but decorative rear diffuser – but not being based on an existing sibling car means the UrbanRebel is much more bespoke in its conception than the Born.

That Volkswagen and Skoda’s recently previewed entry-level EVs appear to adopt a radically different silhouette from the UrbanRebel is testament to a concerted effort from VW Group brands to differentiate the styling of cars based on shared platforms. Certainly, while similar in its raised supermini positioning, the original straight-edged Volkswagen ID Life concept – also shown at Munich last year and based on the same platform as the UrbanRebel – was completely visually unrelated to Cupra’s car.

Early performance figures from Cupra peg the front-driven UrbanRebel’s power output at a maximum of 231bhp, which it says is good for 0-62mph in just 6.9 seconds. Whether the brand will offer cheaper, less powerful variants or a performance range-topper remains to be seen, but Volkswagen has previously hinted that the platform could play host to more potent drivetrain arrangements.