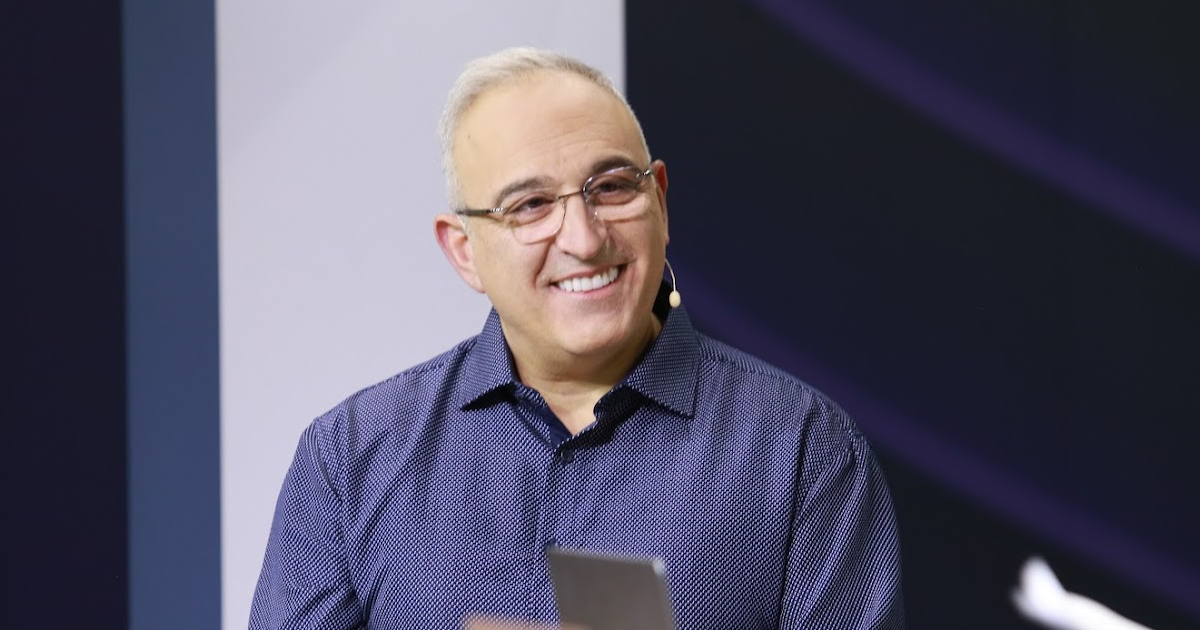 It was standing-room only in Las Vegas for Hewlett Packard Enterprise Co.’s chief executive officer, Antonio Neri (pictured), as he gave the keynote to kick off the recent HPE Discover event. The energy in the room was high, as 8,000 attendees celebrated being back together for the first time in three years and Neri declared HPE GreenLake’s victory in the cloud.

“HPE GreenLake has emerged as the go-to destination for hybrid cloud, and our industry-leading catalog of cloud services enables organizations to drive data-first modernization for all their workloads across edge to cloud,” he stated.

It’s true that the star of Discover 2022 was HPE GreenLake, as the edge-to-cloud platform dominated the spotlight with a slew of new cloud services and impressive revenue figures. However, there was other news happening that may have slipped under the radar of the casual tech press.

TheCUBE’s industry analysts, including Dave Vellante, John Furrier and Lisa Martin were busy throughout the event, welcoming industry experts to theCUBE’s livestreaming studio and covering all the breaking news.

In case you missed HPE Discover 2022, here are theCUBE’s top three takeaways from the event:

“There’s no reason [HPE] shouldn’t be able to do a deal with Snowflake,” Vellante said during theCUBE wrap-up analysis of day one at HPE Discover.

HPE should consider a deal with Snowflake to bolster its data platform, according to Vellante. But, whether a Snowflake deal would work or not, theCUBE’s panel of industry analysts agreed that the main strategic move HPE needs to make right now is to build its partner ecosystem.

“If you look under the covers, it’s weak,” Furrier said. “They don’t have enough software juice.”

HPE has been working to build its marketplace, which currently has over 80 partners and independent service vendors, according to Vishal Lall, general manager for HPE Software and GreenLake Cloud Solutions, during an interview with theCUBE.

“Having a broad marketplace provides a pull for the platform. It’s a chicken and egg,” he stated.

HPE already has some high-profile partners, including coopetitors Amazon Web Services Inc. and Microsoft, which were first-time gold-level sponsors of this year’s HPE Discover. This shows HPE is already working toward creating a more integrated, matured cloud ecosystem.

“The hyperscalers are all here at the conference … we need to create that unified model together,” said Scott Wiest, North America chief technologist at HPE.

Weist and VMware Inc.’s vice president, David McGraw, talked with theCUBE’s analysts in one of several interviews theCUBE conducted with HPE partners during Discover 2022. VMware is working with HPE to create a common cloud operating model to abstract away the complexity customers are facing in a hybrid and multicloud environment.

Also joining theCUBE to discuss the benefits of partnering with HPE were Veeam Software Inc.’s David Harvey, vice president for strategic alliances, and Danny Allan, chief technology officer. Veeam has been working with HPE on backup and disaster recovery solutions for over a decade and provides modern data protection services on HPE GreenLake.

“What we are excited about is the continuation of the movement of the customers’ buying patterns in line with HPE’s portfolio and that of Veeam,” Harvey said.

If HPE builds out its ecosystem with software partners, it can leverage its existing install base and understanding of plug-and-play interoperability to build up its software street cred, according to theCUBE’s analysts. This, in turn, will build value for the company, as the relationship between ecosystem and marketplace is a symbiotic one.

“The ecosystem is the key for them, because that’s how they’re gonna fill the gaps,” Vellante stated.

While HPE Discover wasn’t all about HPE GreenLake, the cloud-to-edge platform was the main attraction. So any recap must touch on its significance to HPE’s future strategy. That GreenLake is cementing HPE’s position as a leader in hybrid and multicloud seems to be undisputed, but the big question was around if HPE GreenLake is cloud, as HPE claims.

“Everything is an as-a-service experience from the moment you log through the HP GreenLake platform to all of the cloud services we offer,” Neri told Vellante in an interview with theCUBE.

However, the platform can’t (as yet) run Snowflake Data Cloud, Mongo Atlas or Databricks, Vellante pointed out.

“But that’s okay,” he said, acknowledging that HPE is referring to operating experience when assessing HPE GreenLake’s cloud capabilities. And that’s what counts, according to Matt Eastwood, senior VP of infrastructure and cloud at International Data Corp.

“What HPE is doing is cloud, because it’s really about how you present the services and how you allow customers to engage with the platform,” Eastwood told theCUBE.

Neri may be claiming victory, and industry analysts agree that HPE’s long-term cloud strategy is sound, but the company’s short-term cloud operating model still needs work according to a panel discussion conducted by theCUBE.

“[Their] cloud-to-edge operating model is the number one thing that they need to nail,” Furrier said. “If they nail that right, they will have a pole position that they could accelerate on.”

At the end of the day, HPE must remember that customers have alternatives, according to Furrier.

Yes, according to Neri. Now that GreenLake is established, what comes next is “how we innovate on the platform at the pace that customers are demanding,” he stated.

3) HPE has a head start in quantum computing.

Managing hybrid cloud workloads with HPE GreenLake may be practical news for enterprises, but HPE has also been investing in a much more exciting field – the confluence of quantum technology, high-speed supercomputing and artificial intelligence.

At the end of May, the company’s Frontier supercomputer broke the exascale speed barrier by achieving a processor speed of 1.1 quintillion floating point operations per second (1.1 exaFLOPS). HPE’s work fulfilling the need for speed is an awesome achievement on its own, but what counts are the implications for researchers to model quantum simulations without the need for quantum hardware, according to Justin Hotard, HPE’s executive VP and GM for high-performance computing and artificial intelligence, who stopped by theCUBE during HPE Discover.

“If you think about a lot of traditional computing industry, you always have to wait for the hardware to be there to write and test the application,” Hotard said. “With quantum, what’s interesting is you can model and make progress on the software. And then as the hardware becomes available, optimize it.”

Use-case scenarios Frontier can start work on today include creating more accurate Earth models for climate science, modeling the electric grid to make it more resilient, and progressing cancer and other medical research. But HPC has another major benefit: It’s green.

This is important, because if HPC systems scaled their power consumption alongside processor speeds, they would use impractical levels of energy.

Can we look forward to an era where today’s hybrid cloud and edge computing announcements seem as far in HPE’s past as punch cards and cathode tubes do today? It’s possible that at HPE Discover 2032, the big announcements will be around quantum and AI solving problems in ways that we have yet to imagine.