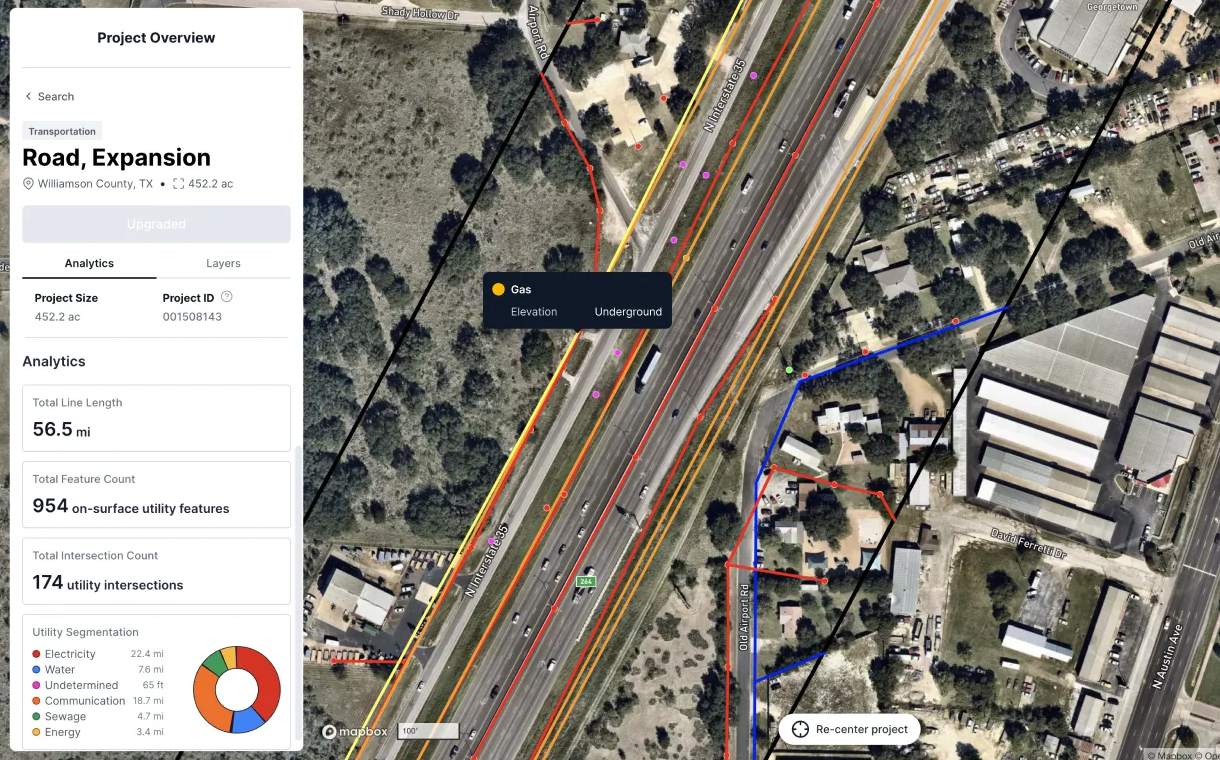 Subsurface infrastructure mapping startup 4M Analytics Ltd. said today it has closed on an additional $30 million in funding that brings the total amount raised through its Series A round to $45 million.

The round was led by Insight Partners and ITI Venture Capital and included participation from existing investors including Viola Ventures and F2 Venture Capital. Noam Bardin, the former chief executive officer of Waze Inc., and Nir Erez, founder and ex-CEO of Moovit Inc., also participated in the round.

4M Analytics says that underneath our feet lies an enormous maze of utilities that has never been mapped. That maze is growing too, as new utilities are dug into the ground every single day

For construction companies, these utilities create a veritable minefield, with the risk of an accidental utility strike not only delaying projects but also adding to their costs. In 2020, there were more than 385,000 incidents in the U.S. in which underground utilities were accidentally damaged during construction work.

It’s these accidents that 4M Analytics wants to prevent, and it will do so by creating a highly accurate map of the United States’ underground infrastructure. It will build this map from a “digital repository” of comprehensive utility data that it says is reliable and constantly updated.

Itzik Malka, co-founder and CEO of 4M Analytics, said the construction industry has traditionally always been forced to “plan in the dark,” armed only with incomplete and out-of-date information on where underground utilities lay. Obtaining this information was never easy either, he said, and often meant spending hours looking through paper records and chasing contacts over the phone.

“When a project is completed the utility data is often forgotten, requiring that the next project starts from scratch to get the same data,” Malka said. “To give professional engineers a baseline of utility data that the different project stakeholders can actually agree on, we collect raw data from hundreds of thousands of sources – from remote sensing and satellite imagery to public records, conflate it together using a variety of self-developed AI capabilities, and verify it using both state of the art computer vision and proprietary mapping techniques.”

Malka told SiliconANGLE that the company’s data is gathered at a much lower cost than using engineers to go out and physically map a site. Once this data is collected, 4M’s team of geospatial experts use proprietary AI algorithms to combine it with a detailed map of each project’s site, in order to create a single source of truth.

“Collecting and preparing data this way allows us to survey an area at scale and store the data for future uses,” Malka said. “We can also continuously update our repository because we have access to satellite imagery that can show a change on site in real time.”

According to Malka, 4M Analytics’ maps are far more accurate than the existing subsurface utility engineering or SUE processes used today. He said the company recently participated in a research project funded by the Texas Department of Transportation to examine technologies for engineering processes.

“During this experiment we were compared with the current, full SUE process, including sensor activities, and we exceeded all expectations as we created a utility map containing 37% more utility data than what was detected during the SUE process,” he said. “This ended up being thousands of miles of utilities.”

With this level of accuracy, engineers will be able to use 4Map to identify and pinpoint the exact location of utilities wherever they’re building or carrying out repairs and maintenance, the company said. That will allow them to accelerate and optimize construction projects, while eliminating delays that occur from accidents.

Holger Mueller of Constellation Research Inc. told SiliconANGLE that information of what lies in the ground beneath our feet is very limited. “If we can solve this problem with a good subterranean mapping solution, then some very expensive mistakes can be avoided,” he said. “It’s encouraging to see that 4M Analytics has received funding to attempt this in the U.S., which is of course an extremely lucrative market given the infrastructure investment plans its government has for the next decade. The question is, how quickly can 4M Analytics obtain the data it needs to get its maps of the underground off the ground?”

4M Analytics said the plan is to make its comprehensive data on underground utilities available through a single dashboard that will eventually cover the entire U.S. Using this, engineers will be able to see exactly where utilities are, no matter where in the U.S. they’re working, reducing the time it takes to locate them to almost zero. It said it’s targeting civil engineering firms, engineering procurement construction firms, contractors and subsurface utility engineering firms in industries including transportation, oil and gas, water and electricity, renewable energy, telecommunications and more.