“It is very hard to convince Cooper that he will be happy again … yet, every kindness makes him smile.”

The family of 8-year-old Cooper Roberts, who was paralyzed after being shot during the mass shooting event in Highland Park, Illinois on the Fourth of July, is opening up about the “unvarnished reality” of their “new world” amid his “slow physical recovery.”

In a new post shared to their verified GoFundMe page on Tuesday, the child’s family said that, after 43 days in the hospital recovering from his injuries, “the mental and emotional anguish of all he has been through and is going through, and all he has lost is taking its toll.”

“There are layers upon layers of cruelty with being shot by a sniper. Most people don’t witness the grueling aftermath of surviving these devastating wounds, physical and emotional,” read the statement, which added that the boy is in “constant pain” that is “agonizing to see.”

Cooper’s spine was severed in the shooting, after the bullet entered his chest and exited through his back. The boy’s twin brother Luke and mother Keely were also injured.

“Cooper is in constant pain. It is agonizing to see. He still has internal damage – wounds that are slow to heal,” the family’s update continued. “He is on a constant IV drip of antibiotics to ward off infection, has swelling that obscures the full internal picture, and suffers stomach pain as his body relearns to process mainly liquid food. He remains on heavy painkillers from which he is being weaned this week.”

While the boy is still on a feeding tube, he has “finally gotten the green light” to eat some solids. However, “he could only manage a bite or two before feeling too full and nauseous.” 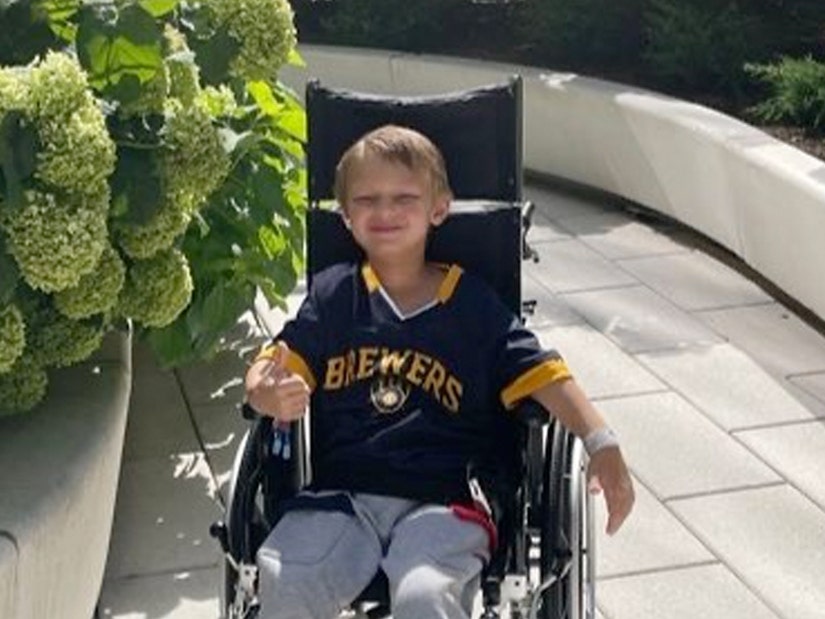 “He is starting to recognize the severity of his limitations as he participates in daily rigorous physical and occupational therapy maneuvering around two ports, a PICC line and three tubes coming out of his body,” the family continued. “It is very hard to convince Cooper that he will be happy again. Of course, we are beyond grateful for his survival, and we know others weren’t as fortunate, but we want people to know his path/our path will be a very long and hard road. He’s an eight-year-old boy who feels hopeless, sad, and angry as the reality of his life is setting in.”

Cooper’s family said that “every kindness makes him smile,” before thanking well-wishers who have sent gifts, cards and donations “thought his very bleak period.”

Due to Covid protocols, he can only have visitors once a week and the boy “desperately misses his twin brother,” as well as his family, home, room, friends and dog. He’s also started asking questions like, “What will I do at recess?” as he thinks ahead about school.

In an update last week, his family said he would likely be in an in-patient rehab facility for another 6-12 weeks. Once he’s released, he’ll return to school, which they say has been a “huge motivation” for the boy, who is eager to “return to the classroom.”

The family has raised $1.9 million of its current $2 million fundraising goal, which will help the family pay for medical bills, ongoing treatment and equipment and possibly a new home, as the one they currently live in “cannot be reconfigured to accommodate his rehabilitation needs.”

Earlier this month, the gunman pleaded not guilty to all 117 charges against him. He faces 21 counts of first-degree murder — three counts per each victim — and 48 counts of aggravated battery with a firearm for each person struck by a bullet, fragment or shrapnel. 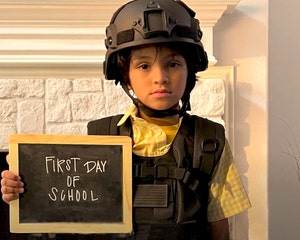