“It’s becoming more and more of a cesspool of hate & bigotry, and it’s not a place I want to be a part of.”

Elon Musk’s $44 billion acquisition of Twitter has been a controversial topic, especially for some celebrities who want nothing to do with the Tesla CEO. After making the deal official, Elon vowed to make sweeping changes to the site, including a reduction of restrictions on free speech and the introduction of a paid verification system. On top of that, Elon has fired nearly half of the platform’s existing employees.

For some celebs, they’ve seen enough and have decided it’s in their best interest to step away from the site. While some say they plan to return once the dust has settled, others claim they’re officially gone for good.

Here’s what these celebrities had to say about Twitter… 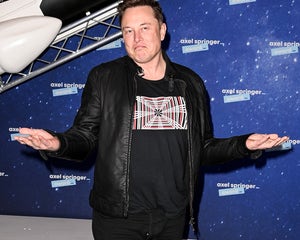 All the Best Memes as #RIPTwitter Trends Amid Mass Resignation, Office Lockdown Reports

Shonda Rhimes didn’t waste any time taking a step back from Twitter following Elon’s takeover. 48 hours after Elon took control, Shonda tweeted that she wouldn’t be sticking around. Currently, her account is still active but she hasn’t posted anything since October 29.

“Not hanging around for whatever Elon has planned. Bye,” Shonda wrote on her account.

Shortly after it was announced that Elon would take the helm at Twitter, Gigi Hadid deactivated her account. She switched over to Instagram, where she posted that she was sorry to fans who she had enjoyed interacting with on the platform.

“For a long time, but especially with its new leadership, it’s becoming more and more of a cesspool of hate & bigotry, and it’s not a place I want to be a part of. Only sorry to the fans who I’ve loved connecting with for over a decade via Twitter, but I can’t say it’s a safe place for anyone, nor a social platform that will do more good than harm,” Gigi wrote. 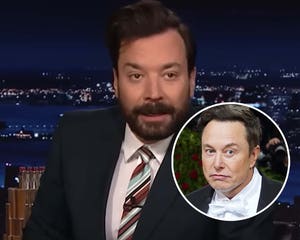 Musician Sara Bareilles announced on October 29 that she would officially be leaving Twitter. While she has yet to deactivate her account, she hasn’t been active on the platform since posting her goodbye message.

“Welp. It’s been fun Twitter. I’m out. See you on other platforms, peeps. Sorry, this one’s just not for me,” she wrote.

A week after Elon’s takeover, Whoopi Goldberg announced on “The View” that she would be taking a break from Twitter for the foreseeable future. After calling the current state of the platform “a mess,” Whoopi said she would be leaving until things settled down. As of now, her account is deactivated.

“I’m getting off today because I just feel like it’s so messy. I’m tired of having had certain kinds of attitudes blocked and now they’re back on. I’m going to get out, and if it settles down and I feel more comfortable maybe I’ll come back,” Whoopi said on the show. 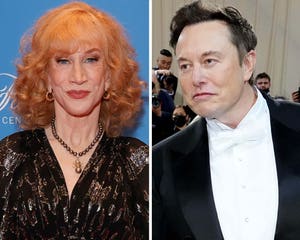 Back in April, Jameela Jamil promised that she would be leaving Twitter as soon as Elon purchased the platform. She jokingly told followers that she would “finally” be leaving and stop “being a menace to society.” It seems as though she followed through on her word as she hasn’t posted on the platform since October 27.

Actor and retired wrestler Mick Foley announced on October 28 that he would be taking a break from Twitter. In a Facebook post, Mick explained that the spread of misinformation and hate under the platform’s new ownership was too much to handle.

“I decided I needed a @twitter break, since the new ownership – and the misinformation and hate it seems to be encouraging – has my stomach in a knot. I really do enjoy connecting with all of you on social media, but it can get overwhelming sometimes. I think I’ll be back on in a few weeks, but in the meantime, I will continue to post on Facebook and Instagram. I hope all of you will be kind to one another. Please vote if you can too – our democracy seems to be hanging on by a thread,” Mick wrote. 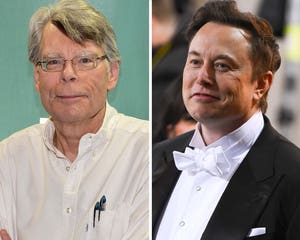 “Madam Secretary” actress Téa Leoni made the decision to temporarily leave Twitter under Elon’s ownership, explaining that she was already seeing too much hate. Her account has since been deactivated.

“I’m coming off Twitter today — let’s see where we are when the dust settles. Today the dust has revealed too much hate, too much in the wrong direction,” she wrote before deleting her account. 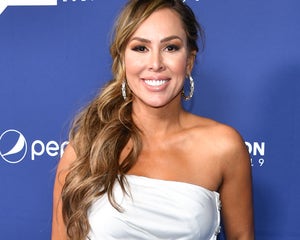 Kelly Dodd Quits Twitter, May Return if Elon Musk Takes Over: ‘It’s Like Having a Toxic Boyfriend’

Marina Sirtis, a British actress known for her role on “Star Trek,” posted on October 28 that she would be leaving Twitter because she wanted nothing to do with Elon Musk.

“I’m sorry but I cannot be a part of anything owned by #ELONMUSK and his cabal of deplorable’s. I’ll stay on for a couple of days so that we can say goodbye but after that I’m gone,” she reportedly tweeted before deleting her account.

On October 28, singer Toni Braxton shared that she would be leaving Twitter. She explained that since Elon’s acquisition, she had seen too many hateful messages disguised as “free speech” and didn’t feel like it was a safe space. She has not tweeted since posting that message.

“I’m shocked and appalled at some of the ‘free speech’ I’ve seen on this platform since its acquisition. Hate speech under the veil of ‘free speech’ is unacceptable; therefore I am choosing to stay off Twitter as it is no longer a safe space for myself, my sons and other POC,” Toni wrote.