Adele is explaining why she canceled her “Weekends with Adele” show in Sin City.

In an interview with Elle, the vocal powerhouse discussed why she chose to cancel her Las Vegas residency and how disappointing her fans had devastated her.

“It was the worst moment in my career, by far,” she admitted. “By far. I was so excited about those shows. It was devastating.”

The “Easy on Me” singer was originally slated to begin her Vegas residency at the Colosseum at Caesars Palace in January. Just a day before her debut performance, she addressed her fans in an emotional video to Instagram explaining “my show ain’t ready” and she would be pushing back her residency.

“There was just no soul in it,” Adele told Elle of her original show. “The stage setup wasn’t right. It was very disconnected from me and my band, and it lacked intimacy. And maybe I tried too hard to give it those things in such a controlled environment.”

The 15 time Grammy Award winner recalled feeling “embarrassed” and revealed that she had gone into “hiding.” At one point, Adele shared she had created a pseudo account on Twitter to get the inside scoop on her fan mentions — and after scrolling through critical comments she deleted it.

She more or less stopped promoting her fourth studio album “30,” and disclosed that she has at least one unreleased music video for the album in the archives.

“I didn’t want anyone to think I weren’t trying my best,” she said quietly. “And I was.”

Although Adele cites her last minute cancellation the lowest moment of her illustrious career, she confessed it gave her the confidence she needed to fill the Colosseum stage with her stage presence.

“The first couple of months was really, really hard. I was embarrassed. But it actually made my confidence in myself grow, because it was a very brave thing to do,” she stated. “And I don’t think many people would have done what I did. I’m very proud of myself for standing by my artistic needs.”

The “Someone Like You” singer has since reimagined her Vegas residency, and revealed that the show will follow the story of her career.

“I want to tell the story of the beginning of my career to now. I’m not gonna give too much about it, but the show grows,” she continued. “The show grows. It’s all about the music, and it’s really, really nostalgic. It’s gonna be really beautiful…” 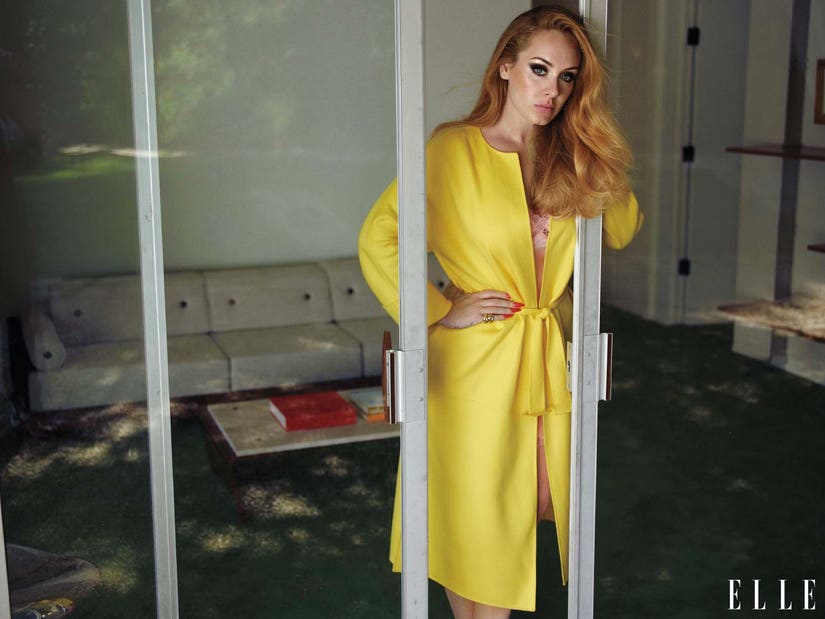 Adele has since been anticipating the immense relief she’ll feel after her Vegas announcement and is eager to make things right for her disappointed fans.

She explained that a residency makes logistical sense at this point in her life, since her divorce, Adele is adamant not to disturb her co-parenting routine with her ex-husband Simon Konecki, nor does she wish to unroot their son Angelo from his life in Los Angeles.

“I think I’m right to do it right now,” among her co-parenting reasons, Adele revealed she believes her residency comes at an appropriate time in her career. “I know I’m not, like, 60 years old and I haven’t got 20 albums under my belt. But I think my music will work in a show in Vegas.”

Adele is also excited about telling the story of her new album onstage. “I haven’t really witnessed [30] out in the world yet,” she continued. “It’s gonna be so emotional. I don’t know what I’m gonna do with meself.”