Italian-US start-up Aehra is looking to shake up the “ultra-premium” market with its supercar-styled 497-mile electric SUV, which looks to take on the BMW iX and Mercedes-Benz EQS SUV.

Priced from €180,000 (£155,430) Aehra’s SUV will use a 3m-long monobody chassis that houses a 120kWh battery – currently no other car houses bigger – powering three motors, one mounted to the front axle and two fitted to the rear producing 794bhp.

The car will also be released unnamed. “We don’t want names to constrict the [segment markets] by giving the vehicles a name,” said Nada.

Aehra chief designer Filippo Perini, whose back catalogue as Lamborghini design boss includes creating the Lamborghini Urus – for which the SUV looks to have taken some design inspiration – said the firm has “shunned the conservative constraints” of EV design. 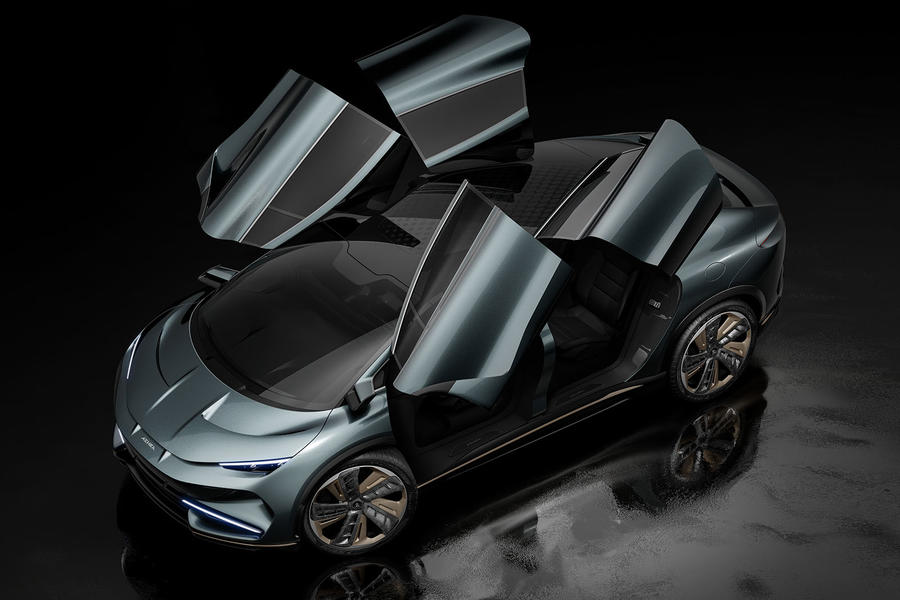 The car’s shape has also been created with efficiency in mind, to reduce drag and promote brake and battery cooling.

“With the SUV, we have created a vehicle that goes far beyond the conventional standards set by the automotive industry for an SUV, and sets new benchmarks for style and comfort,” he said.

“We have used a monobody construction, which, while used widely in Italy in the past, is now normally reserved for supercars only. We have taken an equally radical approach to aerodynamics, which play a central role in the design, driving characteristics and efficiency of the SUV.”

The SUV gets unique features, too, including four upward-opening scissor doors and motorsport-inspired wingmirror cameras. It is also fitted with active aero front and rear.