The car’s shape has also been created with efficiency in mind, to reduce drag and promote brake and battery cooling.

“With the SUV, we have created a vehicle that goes far beyond the conventional standards set by the automotive industry for an SUV, and sets new benchmarks for style and comfort,” he said.

“We have used a monobody construction, which, while used widely in Italy in the past, is now normally reserved for supercars only. We have taken an equally radical approach to aerodynamics, which play a central role in the design, driving characteristics and efficiency of the SUV.”

The SUV gets unique features, too, including four upward-opening scissor doors and motorsport-inspired wingmirror cameras. It is also fitted with active aero front and rear.

A sound to accompany the EV, normally pumped through the interior speakers – such as when accelerating the BMW iX, are “an open discussion”, head of design Alessandro Serra said, although he added: “We do not need to [add] any sound.”

Nada confirmed that final figures and design for the production car depend on “ongoing partnership talks” with suppliers, but confirmed at least “95%” of the show car will make the road-going model. 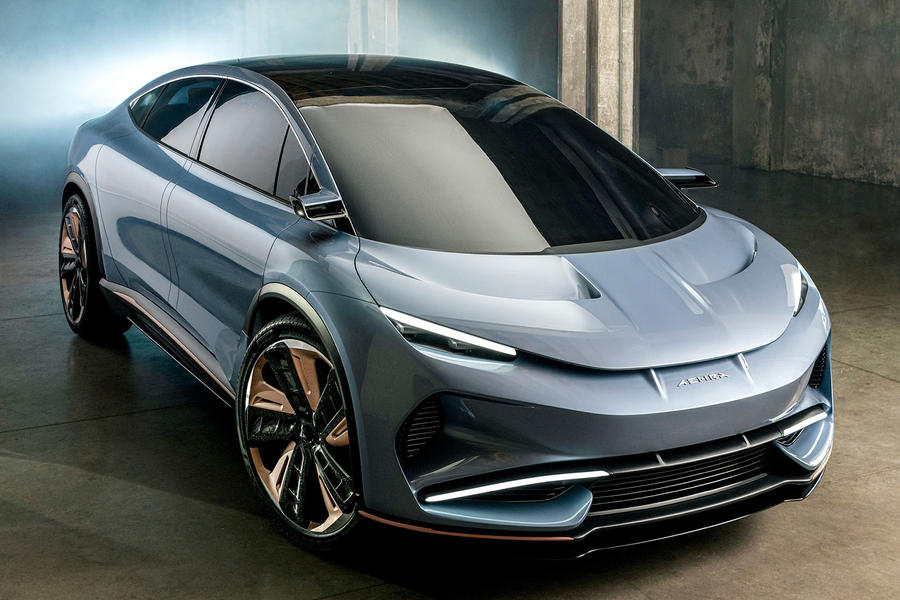