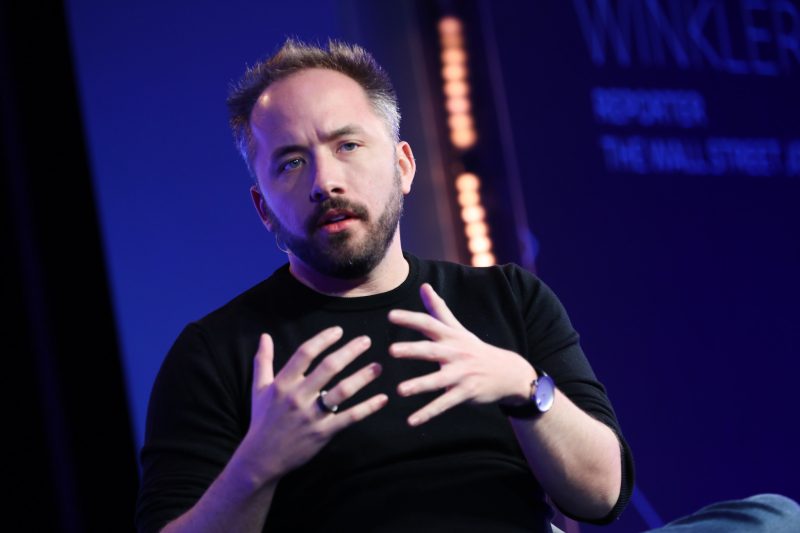 File sharing service provider Dropbox Inc. posted second quarter financial results that beat expectations today. However, it offered weak guidance for the next quarter and revised its full year outlook downwards due to what it described as “challenging macroeconomic conditions”.

The company reported earnings before certain costs such as stock compensation of 38 cents per share, resulting in a net profit of $62 million for the quarter. Revenue came to $572.7 million, up 8% from the same period last year. The results were solid if not spectacular, coming in ahead of Wall Street’s targets of a 37 cent per share profit on revenue of $569.4 million.

Dropbox is one of the most recognizable names among enterprise tech workers, as a leading provider of cloud-based file storage services. Its software is used by thousands of companies around the world to share and store important files and documents. As well as the basic storage and sharing services it provides, Dropbox offers analytics tools that can help companies to track individual files as they’re shared across the organization. It also provides a wealth of security tools. For example, users can set up password access for sensitive files, and revoke access to a previously shared file if necessary.

Dropbox co-founder and Chief Executive Drew Houston (pictured) said the second quarter results are a testament to both the strength of the company’s business and the value its products provide to customers, in spite of the “unpredictable macro environment.”

“We made great progress this quarter, enhancing performance and functionality in our core FSS product, releasing additional security and data protection capabilities and expanding workflows like Capture and Replay,” Houston said. “We believe we’re operating from a position of strength to deliver value to shareholders, thanks to strong profitability and improved customer retention.”

There’s no doubt that Dropbox provides real value in a post-pandemic age where remote work has become the norm for millions of people worldwide. Even so, the company has struggled to grow as fast as some might have expected at a time when more people than ever before are working outside of the office. The company’s somewhat laborious growth was also evident in its annual recurring revenue, which rose by just 7.7% to $2.333 billion at the end of the quarter.

Dropbox said its growth was stunted a little by the strength of the U.S. dollar, adding that its year-over-year ARR grew by 8.3% on a constant currency basis. In terms of customer acquisition, Dropbox did better. It said it ended the quarter with 17.37 million paying users, up from 16.14 million one year ago. Average revenue per paying user crept up to $133.34, from $133.15 a year earlier.

Holger Mueller of Constellation Research Inc. said the latest quarter was another pedestrian performance, with growth in the single digits only. He added that the only positive is that Dropbox has stabilized at this level of growth. “However, Dropbox also grew its costs faster than revenue and so its profit is down,” Mueller pointed out. “It is time for Dropbox to live up to its potential of shaping the future of work and find higher levels of growth, and maybe the next quarters will deliver on that. Customers and investors deserve this, so all eyes are on Drew Houston and his team to find the right growth path.”

It may take some time to find that path, though. Looking ahead to the third quarter, Dropbox disappointed investors with a weaker forecast. It said it’s expecting revenue of between $584 million to $587 million in the quarter, a little below Wall Street’s forecast of $589.2 million.

Dropbox said the strength of the U.S. dollar has also forced it to revise its full year guidance downwards. It’s now looking at fiscal 2023 revenue of $2.308 billion to $2.318 billion, down from an earlier range of $2.32 billion to $2.33 billion. Wall Street had earlier predicted that Dropbox would do $2.32 billion in sales for the full year.

Dropbox’s shares fell by about 1.7% in the hours after the report, erasing a gain of just over 1% that it made earlier in the day.