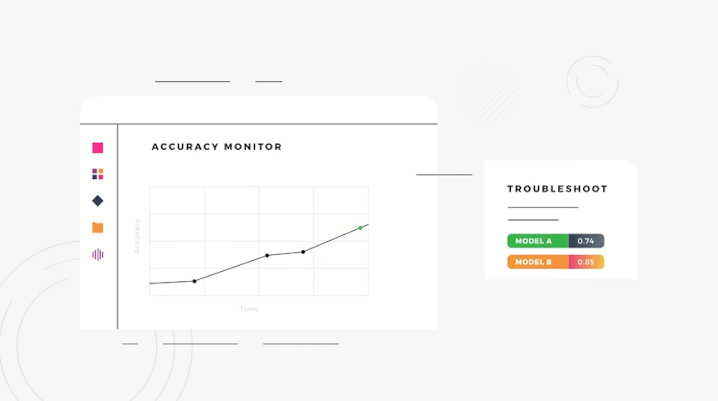 Arize AI Inc., a startup with a platform that helps developers detect and fix technical issues in artificial intelligence applications, has secured a $38 million Series B funding round led by TCV.

Arize AI announced the funding round this morning. In addition to TCV, the investment included the participation of Battery Ventures, Foundation Capital and Swift Ventures.

Software tools designed to detect technical issues in traditional applications often can’t be used to troubleshoot AI models. An AI model can have upwards of billions of configuration settings, or parameters, that influence how it makes decisions. Identifying which specific parameter is causing an error isn’t always practical with traditional troubleshooting methods.

Further complicating the task is the fact that the accuracy of a neural network’s decisions isn’t influenced by its parameters alone. The reliability of an AI model is also affected by other factors, such as how it’s trained and what data it processes. The large number of factors involved adds to the difficulty of troubleshooting neural networks.

Arize AI offers a cloud-based platform designed to help developers more easily troubleshoot AI models. According to the startup, its platform can detect several types of errors that commonly affect AI models. It also provides technical information about errors that developers can use to fix a malfunctioning neural network faster.

The data points that an AI considers when making a decision are known as features. According to Arize AI, its platform can detect when an AI may be making erroneous decisions because of incorrectly defined features. Additionally, the platform includes troubleshooting tools that enable developers to identify the specific set of features causing a malfunction.

The information that an AI application processes often changes over time. When the information being processed changes significantly, neural networks can experience technical issues that may lead to a decrease in the accuracy of decisions. Arize AI has equipped its platform with features that make it easier to detect such decreases in accuracy.

Developers can create custom monitoring dashboards in Arize AI’s platform to track the reliability of their neural networks. Additionally, the startup makes it possible to compare different versions of the same neural network to spot potential differences in accuracy. The latter feature makes it easier to identify technical issues caused by an update to an AI application.

Machine learning teams historically built custom software workflows to monitor their AI models for errors. According to Arize AI, its platform’s pre-packaged error detection features reduce the need to build custom software and thereby save time for developers. Moreover, the startup says that its platform can help developers identify the root cause of AI errors faster than would otherwise be possible.

“As the pace of innovation in AI accelerates, it’s more important than ever for organizations to have machine learning observability in place to surface potential problems and improve ML models in production,” said Dharmesh Thakker, a general partner at Battery Ventures, which participated in Arize AI’s funding round.

Since launching in 2019, Arize AI has amassed a customer base that includes eBay Inc., Uber Technologies Inc. and other major tech companies. The startup reportedly plans to continue growing its market presence by developing more features and doubling its headcount to about 100 employees by year’s end.