It’s every kid’s dream to be a superhero when they’re growing up … and this year, Aldis Hodge has accomplished that goal two-fold.

The actor will not only portray Hawkman in the DC character’s first live-action film appearance for “Black Adam” — in which he stars alongside Dwayne “The Rock” Johnson — but also voices John Stewart/Green Lantern in the new animated flick “Green Lantern: Beware My Power.” 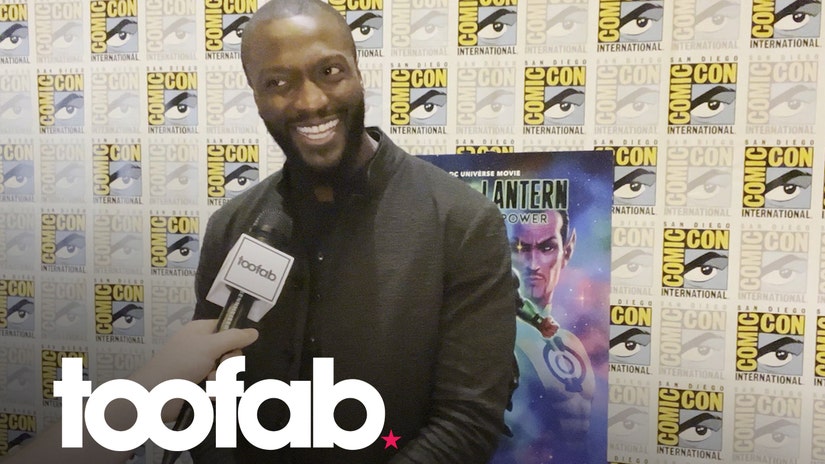 “It means everything,” Hodge told TooFab at Comic-Con when asked what his double-dip into the DC Universe means to him. “It is, for me, something very important, something I’ve been shooting for for a while because I grew up on the comics, I grew up a martial artist, still practice and been trying to be in the superhero world since I remember superhero movies started, you know what I mean?”

“To actually get to this place, it really is a fantastic privilege and hopefully I take care of it,” he added.

When he was a kid, Hodge said his favorite supes were a great mix of characters — including Batman, Spawn, Nightcrawler and Gambit. While he “dug into” Hal Jordan’s version of Green Lantern, Hodge added that he “connected” more with Stewart, “obviously.”

Though the 35-year-old actor had to transform his physique to step into Hawkman’s wings for “Black Adam,” doing voice work for the animated project came with its own set of challenges.

“There’s pros on both sides, equally. With voice recording, you do get to go be comfortable, but It’s so very difficult to impart personality into voice acting. Sometimes you can sit there, do you performance and it can fall flat,” he explained.

“You also have to match what you can’t see, which is the animation. You can’t control the emotions, how they’re shown, so you have to have a great degree of trust going into what is going to match with what you’re doing,” he continued. “But you have to set the tone for that and make sure there’s so much fullness and energy and value added and specificity to who you’re depicting through your voice.”

He added: “We talk all the time, sometimes we don’t hear ourselves.” 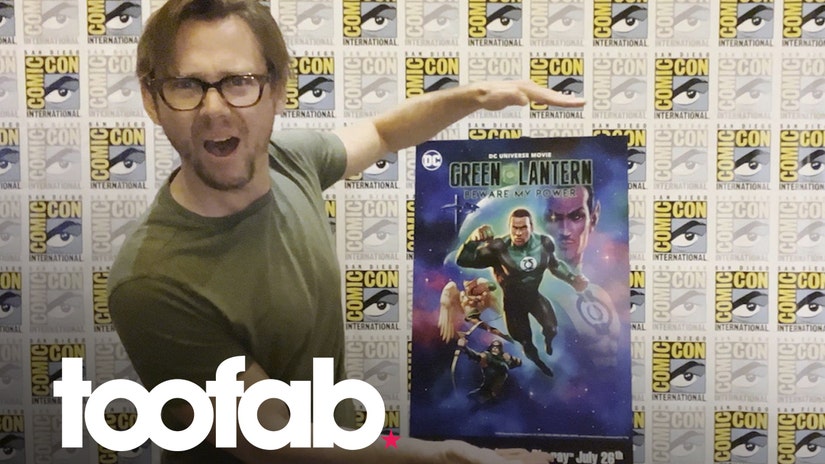 The animated movie was also a bit of an adjustment for costar Jimmi Simpson, who is playing Green Arrow after a string of villain roles on shows like “Westworld,” “Pachinko” and “The Man Who Fell to Earth.”

“It feels so nice, my mother’s going to be so happy, so relieved,” he cracked about finally getting to play a good guy.

“It feels amazing. I was a big Super Friends guy, being Gen X, so I loved the Wonder Twins, because I was their age, but Green Lantern was the one that I was drawn to,” he continued. “Even though he wasn’t generally the featured guy, I was generally drawn to him.”

“It’s just so great to be able to be adjacent to my childhood favorite superhero.”

“Green Lantern: Beware My Power” is available now on digital and home video.