Based on the Alfa Romeo Giulia but with a new and completely bespoke carbonfibre body shell, Zagato’s latest effort was designed in partnership with Alfa’s own design team – headed up by Alejandro Mesonero – as a spiritual successor to the ‘Sprint Zagato’ (SZ) line of Alfa coupés from the late 1950s – which also inspired the radical 1989 coupé of the same name.

Importantly, though, Zagato says the development and production processes were carried out completely independently, and the Alfa Romeo badge on the front is “solely for descriptive and promotional purposes”.

It’s built on the same Giorgio platform as the Giulia, but with a significantly shortened wheelbase “in keeping with Zagato’s sporting tradition”, and for proportions which more closely ape the 1989 SZ – known as ‘Il Mostro’.

There is only one example, and it has already been acquired by an unnamed German Alfa Romeo collector – who owns a selection of rare Alfa models including an SZ and an 8C Competizione, as well as ‘several’ Zagato-bodied Aston Martins – for an undisclosed sum. 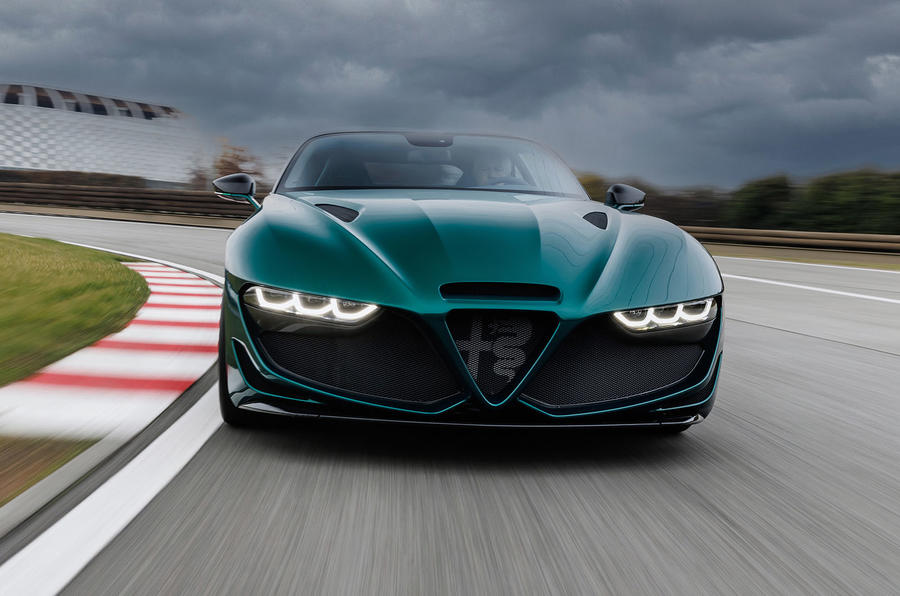 It is the latest entry in a long line of 150 Alfa Romeo models rebodied by the Italian design house, which stretches back to 1921’s ‘Tipo G1’, a reworking of Alfa’s then luxury flagship.

Underneath, it is more closely related to the hardcore, track-focused Alfa Romeo Giulia GTAm, sharing that car’s fiery 533bhp twin-turbo V6 and six-speed manual gearbox. There’s no word on performance figures, but given its two-door carbonfibre shell is likely lighter than that of the larger GTAm, a 0-62mph time of less than 3.5sec is within reach.

Welcoming the new creation, Alfa’s Mesonero said: “lfa Romeo “SZ”, an acronym that evokes emotions, roots its origins in the deep history of coachbuilding, that of cars made with the sartorial care of those who dress a mechanically in a special way according to the thought, the culture of those ateliers that, like Zagato, in this case, have interpreted the “biscione” brand.