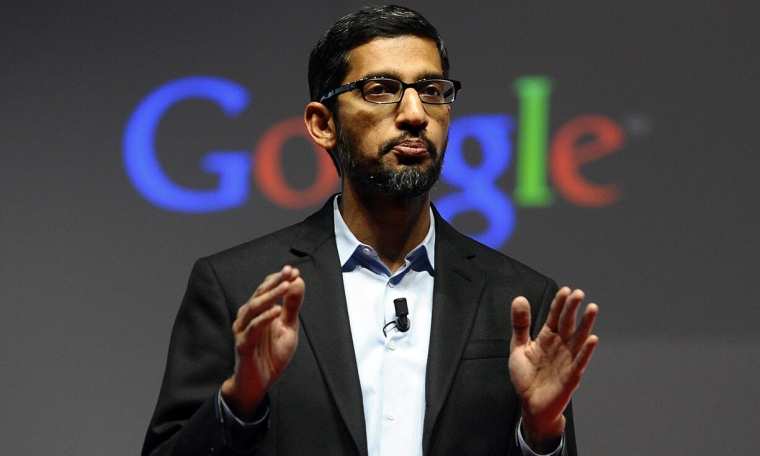 Alphabet Inc., the parent company of Google LLC, posted second-quarter earnings results today that came in below expectations, but its stock gained almost 5% in after-hours trading in a sign that the results weren’t as bad as many investors had feared.

The company reported earnings of $1.21 per share, amounting to a net income of $16 billion for the period. Revenue rose 13%, to $69.69 billion, a huge comedown from the pandemic-fueled results of the past couple of years. Wall Street analysts had been looking for the company to report higher earnings of $1.27 per share on slightly more revenue of $69.87 million. Alphabet’s operating income of $19.4 billion also came in below the consensus estimate of $20.14 billion.

Despite the miss, analysts had widely expected Alphabet to report weaker growth in the quarter just gone. One year ago, the company’s revenue had jumped by an astonishing 62%, with sales then propelled by the COVID-19-driven work from home trend.

Alphabet’s stock has fallen more than 28% in the year to date, including losses suffered last week when another tech firm, Snap Inc., missed expectations and warned Wall Street that economic woes were holding back its digital advertising business. That created alarm among investors that Alphabet’s advertising business would experience similar troubles.

Wall Street had already been rocked by the news on July 20 that Google had implemented a seven-week hiring freeze so that its existing teams could “prioritize their roles and hiring plans” for the remainder of the year. The move was interpreted as a worrying sign, not just for Alphabet but the wider economy, as the behavior of big tech firms is often seen as a bellwether.

However, Alphabet’s stock gained more than 4% in extended trading, with investors apparently selling the rumor and then buying the news. Most likely, the hits Alphabet suffered weren’t as dramatic as some had feared.

Investing.com senior analyst Jesse Cohen told SiliconANGLE that Alphabet delivered disappointing results, underperforming his expectations across almost all of its business units. “Despite the underwhelming quarter, expectations were so low that investors blew a sigh of relief, sending the stock higher,” he said. “With a relatively low price-to-earnings ratio of 20, Alphabet remains one of the cheapest of the megacap tech companies from a valuation perspective.”

Alphabet Chief Executive Sundar Pichai (pictured) said the company’s growth in the quarter was driven by search and cloud.

“The investments we’ve made over the years in AI and computing are helping to make our services particularly valuable for consumers, and highly effective for businesses of all sizes,” Pichai said. “As we sharpen our focus, we’ll continue to invest responsibly in deep computer science for the long term.”

Google Cloud, which is Alphabet’s cloud computing business, reported revenue juped 36% from a year ago, to $6.28 billion. However, it was notable that the division actually lost $858 million in the quarter. That’s because Google Cloud has ramped up spending to try and take more share from the top two players in the cloud — Amazon Web Services Inc. and Microsoft Corp. Today Microsoft reported that revenue from Azure and cloud services rose 40%.

The bulk of Alphabet’s revenue came from its advertising business. Sales there rose by just 13%, to $56.3 billion, however, as marketers cut back on spending amid inflationary pressures. One year ago, Alphabet’s advertising revenue had grown by an impressive 69%. YouTube also took a big hit, with sales rising just 5% to $7.34 billion, having jumped by 84% one year earlier.

Revenue from Alphabet’s Other Bets segment, which includes businesses such as Waymo, the self-driving car unit, came to $193 million, up by just $1 million from the year before.

In a conference call, Alphabet Chief Financial Officer Ruth Porat said currency fluctuations resulting from a strengthening U.S. dollar had knocked about 3.7% from the company’s revenue growth. Further, she warned that the strength of the dollar will likely hit next quarter’s results even harder. Without providing a formal revenue outlook for the third quarter, she said to expect tough year-over-year comparisons due to the company’s previous pandemic-fueled growth 12 months earlier.

“Going forward, the very strong revenue performance last year continues to create tough comps that will weigh on year on year growth rates of advertising revenues for the remainder of the year,” Porat said. “In YouTube and Network, the pullbacks in spend by some advertisers in the second quarter reflects uncertainty about a number of factors that are challenging to disaggregate.”

Holger Mueller of Constellation Research Inc. said it was quite a turn of events to see that Alphabet’s growth has fallen to an “almost pedestrian level”, with YouTube revenue and sales in Europe, Middle East, Africa and Asia Pacific regions all rising by less than 10% in the quarter. He pointed to Google Cloud as the major highlight in the quarter with its 35% revenue growth, but even that came at an operating loss.

“There is a good chance for Google Cloud to overtake YouTube in terms of revenue for the first time in upcoming quarters, which would certainly be an emancipation for the business,” Mueller said. “Another encouraging sign is that Google almost spend more on its research and development efforts than it did on its sales and marketing and general and administrative costs. At the same time, CFO Ruth Porat stressed the importance of Google investing carefully, and CEO Sundar Pichai talked about Google’s deep computer science efforts, which suggests an increased focus on AI and machine learning.”

David Wagner of Aptus Capital Advisors told SiliconANGLE that Alphabet’s main challenge is slowing down its expenses in order to match the post-pandemic slowdown that it’s facing. He expects to see a further drop in advertising revenue over the next three months. That said, he was mostly optimistic about the coming quarter.

“We think Alphabet has more relative revenue stability given breadth of advertisers, more expense flexibility than most peers, healthy margins that will minimize cash flow concerns, and opportunity to support stock with buybacks,” Wagner said. “Overall it was a miss better than feared.”