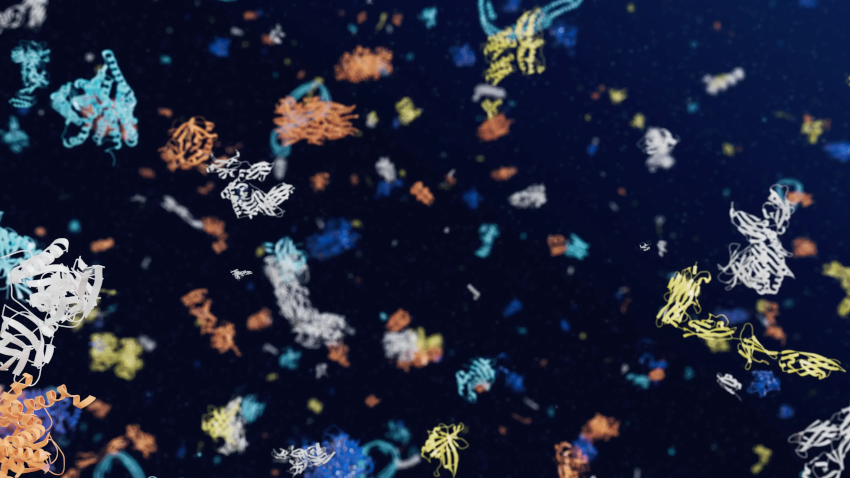 Alphabet Inc.’s DeepMind unit has used AlphaFold, an internally developed artificial intelligence system, to predict the structure of most proteins known to science.

DeepMind announced the milestone today. The Alphabet unit is making data on the protein structures predicted by its AI system available to scientists through UniProt, a freely accessible protein database. DeepMind expects the data to accelerate new drug discovery and advance research in multiple other areas as well.

Proteins, the building blocks of life, are molecules made of chemicals known as amino acids. There are more than 20 types of amino acids that interact in highly complex ways. Interactions between amino acids cause proteins to take on complex, three-dimensional shapes that have long been a focus for researchers.

The shape of a protein directly influences its behavior. As a result, understanding the shape of a protein is an important step in many research projects. DeepMind developed AlphaFold, the AI system at the center of today’s announcement, to assist scientists with the task.

There are multiple methods for identifying the structure into which a protein’s amino acids are organized. However, those methods are for the most part highly time-consuming: DeepMind says that mapping out the structure of a single protein can take years in some cases. Moreover, the task requires multimillion-dollar equipment.

To speed up research, scientists have for decades sought to develop software that can automatically predict a protein’s structure based on what amino acids it comprises. But developing such software has proved a challenge because of the task’s complexity. According to DeepMind, a typical protein is estimated to have so many potential structures that calculating them manually would take longer than the age of the universe.

DeepMind’s AlphaFold overcomes the challenge. The Alphabet unit first detailed AlphaFold in 2018 and, two years later, introduced a new version of the AI system with improved capabilities. The enhanced system demonstrated the ability to predict protein structures with an average error rate of about 1.6 angstroms, or about the width of an atom.

Today, DeepMind disclosed that it has used AlphaGo to predict more than 200 million protein structures. The Alphabet unit says that the predictions cover most proteins known to science.

DeepMind Chief Executive Officer Demis Hassabis detailed in a blog post that “this update includes predicted structures for plants, bacteria, animals, and other organisms, opening up many new opportunities for researchers to use AlphaFold to advance their work on important issues, including sustainability, food insecurity, and neglected diseases.”

“From fighting disease to developing vaccines, AlphaFold has already enabled incredible advances on some of our biggest global challenges, and this is just the beginning of the impact that we will start to see over the next few years,” Hassabis wrote. “AlphaFold is a glimpse of the future, and what might be possible with computational and AI methods applied to biology.”

DeepMind is also exploring new applications for AI in other areas. The research group has developed machine learning systems that can play Go and forecast the weather. More recently, DeepMind debuted a system that can restore the missing text of damaged inscriptions from ancient Greece, as well as estimate when they were created.