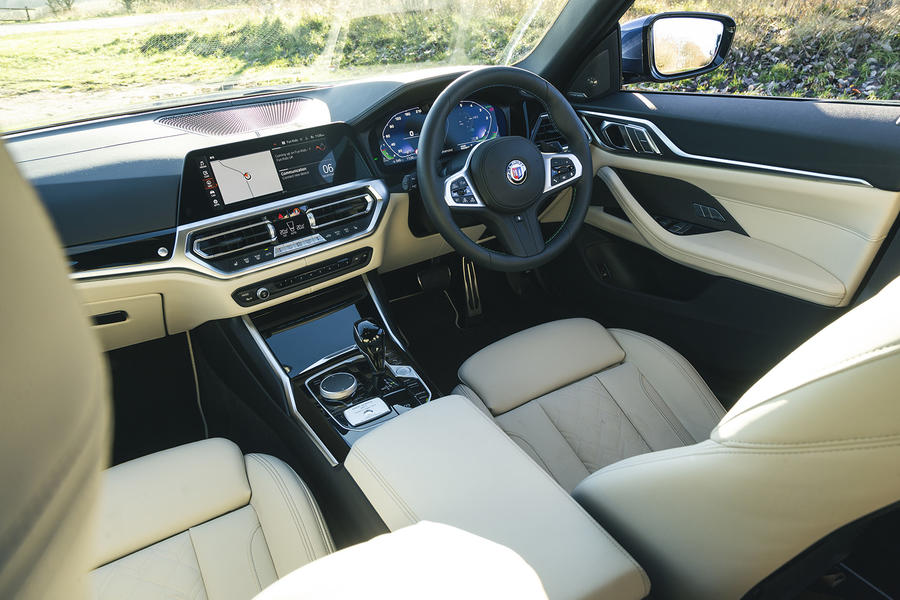 And yet the greatest recognition I can pay to this monumental powertrain is to note that, at a UK-typical 65-75mph motorway cruising speed, it will return 53mpg – and cover 650 miles on its 59-litre tank. This is a 168mph car, let’s not forget, capable of 62mph from rest in less than 5.0sec. At faster German autobahn cruising speeds of 120-140mph, it’s reasonable to imagine that it would still do 35mpg and give you 400 miles between refills; at speeds at which an equivalent petrol performance saloon might only be doing 20mpg and an EV – pretty much any EV, really – would drain its battery flat inside of 80 miles.

The D4 S’s suspension and steering tuning make it ideally comfortable and secure – and quiet-riding, too – at a fast cruise but also balanced and rewarding during more enthusiastic moments. You get just a hint of its weight and its touring agenda on cross-country roads with bigger vertical inputs. But for steering feedback, turn-in incisiveness and outright handling balance, Alpina’s particular choices on wheel geometry, anti-roll bar specification and fitted tyre come together beautifully. The D4 S has enticing tactile feedback and tangible cornering poise that elevate it significantly beyond the reach of any M-sport BMW for driver appeal.

If there’s to be any justice about the way that electrification takes its axe to Europe’s ICE luxury model ranks over the next few years, cars like this will be the last left standing. There won’t be, of course (and who knows what Alpina’s business will look like in another five years’ time?). But the D4 S richly deserves to endure.