The future of Alpine will be showcased in the form of an outlandish concept hypercar named Alpenglow, which will give inspiration to the French car maker’s next generation of vehicles as it moves away from combustion power.

Shown with a striking front-facing light bar, wide diffuser, and a cockpit design that emulates the upcoming McLaren Solus GT, the distinctive concept gives an insight into the brand’s future, Alpine said, and marks a significant step away from the current Alpine A110 halo car.

Alpine has also described Alpenglow, which will be revealed for the first time on Thursday (13 October) before making its debut at the Paris Motor Show next week, as a “revival vision” complete with “technologies of tomorrow” which points towards autonomous features and a powerful electrified powertrain.

The teaser image released today shows a very similar design to the Alpine A4810 concept, which was revealed earlier this year to detail how the firm’s zero-emission sports cars could look post-2030. 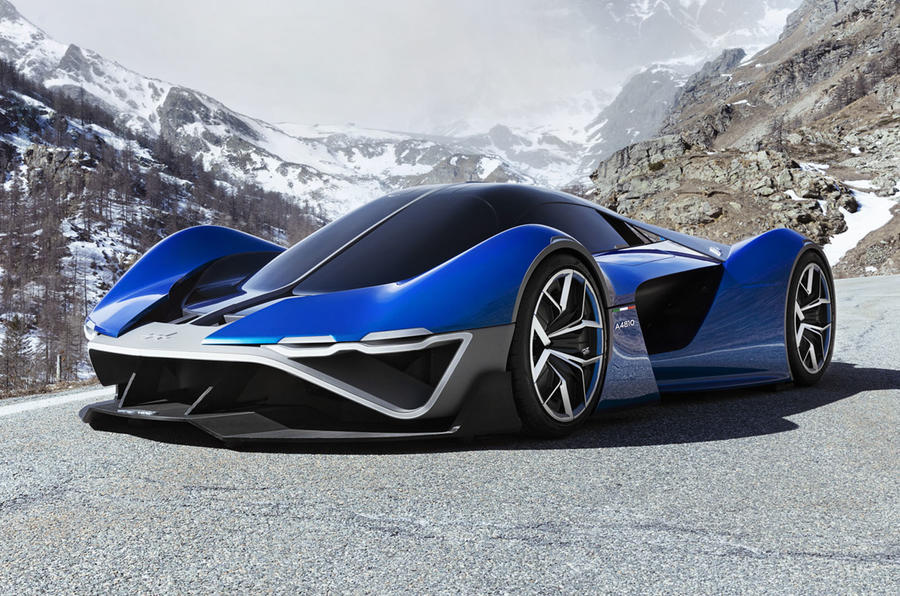 And if it is an evolution of this earlier concept – created by transportation design students at the Turin-based Istituto Europeo di Design (IED) – Alpenglow could adopt some of A4810’s features, most notable its hydrogen-fuelled electric drivetrain.

The Alpenglow’s teaser image also suggests the aerodynamic design has also not been altered much from the A4810 concept, suggesting it could match the its size. The A4810 measures 5091mm long, 1055mm tall and 2010mm wide.

Looking closer at the brand’s near future, Alpine is shaping up to move away from combustion power, with its first electric A110 set to arrive by 2026.

By the time they arrive, which will be the A110’s third generation, Alpine’s line-up will also include an electric crossover and an electric hot hatchback as it moves towards increasing its global footprint.