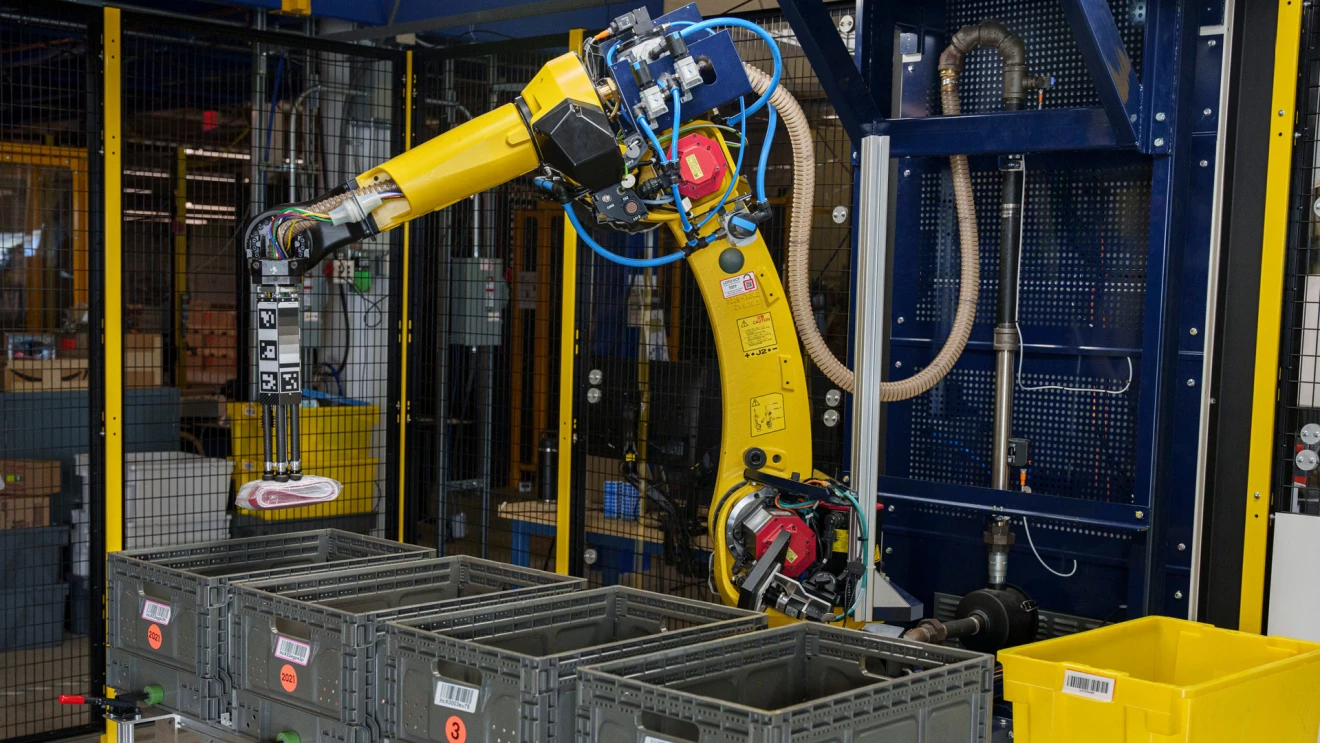 Both systems made their debut on Thursday during an event hosted by the company’s Amazon Robotics division. The company formed the division following its $775 million acquisition of robotics startup Kiva Systems Inc. in 2010. Since then, the division has developed multiple robots that Amazon uses in its fulfillment centers to process customers’ e-commerce purchases.

The newest addition to the company’s robot fleet is Sparrow, a robotic arm powered by artificial intelligence software. It can pick up items such as books and place them in a new location. Sparrow could, for example, pick up an item that is traveling on a conveyor belt and place it in a box.

Sparrow is the latest in a series of robotic arms developed by Amazon. According to the company, its earlier robotic arms are designed to process packages that often contain multiple items, whereas Sparrow can process individual items not yet placed in a package. CNBC reported that the robot is currently capable of processing about 65% of the items in Amazon’s product inventory.

In parallel with its warehouse automation initiatives, Amazon is developing a service called Prime Air that will use delivery drones to ship packages to customers. As part of the effort, the company is investing in custom delivery drone designs optimized for its requirements.

Amazon’s current-generation delivery drone is known as the MK27-2. It features six propellers that enable it to carry up to five pounds of cargo at a maximum speed of 50 miles per hour, according to the company. Amazon earlier this year announced that it will use the MK27-2 to make drone deliveries in Lockeford, California, and College Station, Texas.

Amazon’s latest MK30 delivery drone is described as lighter and smaller than the MK27-2. It can fly longer distances as well, the company detailed, using upgraded propellers that generate 25% less noise than the propeller design used by the MK27-2. Moreover, Amazon says, the MK30 is capable of operating in light rain.

Amazon plans to start rolling out the new MK30 delivery drone in 2024. It will feature the company’s previously detailed collision avoidance software, which enables Prime Air delivery drones to automatically maneuver around objects such as other aircraft during flight.