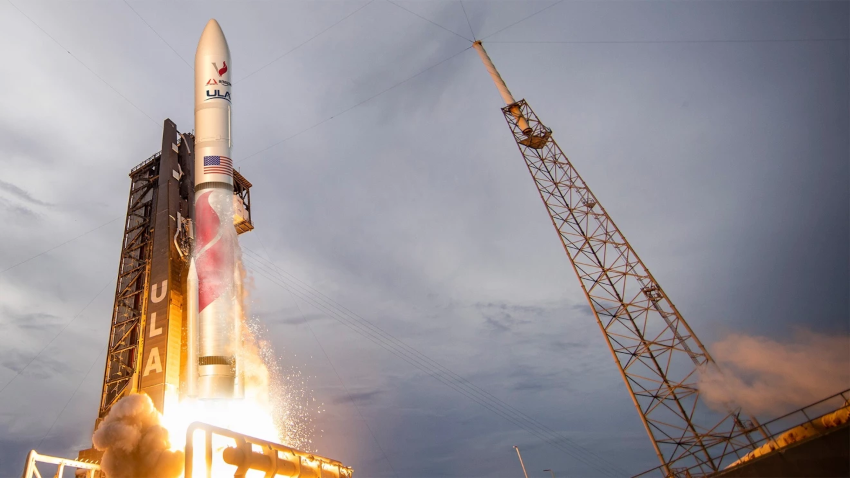 Amazon.com Inc. today detailed that the first two satellites developed as part of its Project Kuiper initiative will be launched into orbit next year.

Project Kuiper is an initiative through which Amazon is seeking to deploy a constellation of internet satellites in low Earth orbit. In 2020, the company announced plans to invest more than $10 billion into the initiative. Amazon intends to launch thousands of internet satellites that will be capable of providing connectivity in locations without access to traditional network infrastructure.

Amazon today detailed that the assembly of the first two Project Kuiper satellites, dubbed Kuipersat-1 and Kuipersat-2, is on track to complete by year’s end. The company describes the systems as prototype satellites. Early next year, the prototypes will be launched from the Cape Canaveral Space Force Station aboard a Vulcan Centaur rocket.

The Vulcan Centaur is being developed by United Launch Alliance LLC, or ULA, a joint venture between Lockheed Martin Corp. and Boeing Co. Amazon’s two internet satellites will be launched next year as part of the inaugural flight of the Vulcan Centaur. The rocket will also carry the Peregrine Lunar Lander, which will land on the moon to advance astrophysics research.

Amazon will use the prototype satellites to find ways of improving Project Kuiper. In particular, the data collected as part of the mission will help support technology design and deployment efforts.

“We’ve already secured 38 Kuiper launches on Vulcan, and using the same launch vehicle for our prototype mission gives us a chance to practice payload integration, processing, and mission management procedures ahead of those full-scale commercial launches,” said Rajeev Badyal, the vice president of technology for Project Kuiper. “Our prototype satellites will be ready this year, and we look forward to flying with ULA.”

ULA is one of several spaceflight companies with which Amazon has partnered to support Project Kuiper. In April, the company announced satellite launch deals with Blue Origin LLC and Arianespace SA. Amazon intends to launch a total of 3,256 satellites over the next five years.

The company is also making investments in other areas to advance the development of its planned satellite constellation.

Earlier this year, Amazon detailed that its contract with ULA covers not only satellite deployments but also production and launch infrastructure. The company stated that ULA is building two parallel launch lanes at the Cape Canaveral Space Force Station.

Around the same time, Amazon awarded a contract for satellite dispenser systems to Switzerland-based Beyond Gravity. The systems manage the complex process of detaching satellites from a rocket once it reaches orbit. To support the collaboration with Amazon, Beyond Gravity is building a new manufacturing facility that will double the rate at which it can produce new systems for Project Kuiper.