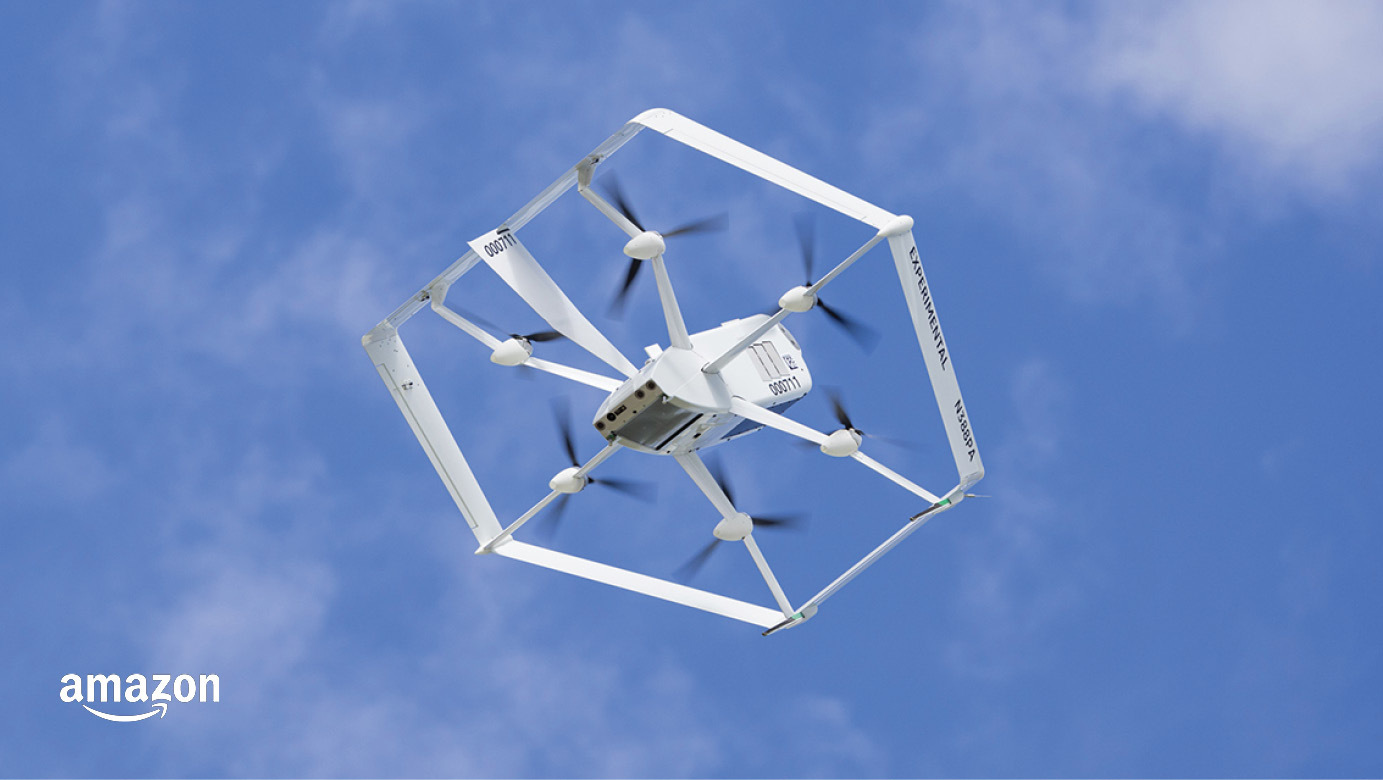 Prime Air gives consumers the option to have products that they purchase on Amazon’s e-commerce marketplace delivered to their homes by a drone. According to the company, drone delivery will be available as an option for thousands of items. Amazon says that Prime Air offers a broader selection of items than competing services being tested by companies such as Walmart Inc. and Alphabet LLC’s Wing subsidiary.

Amazon first announced plans to provide drone deliveries in 2013. Seven years later, in 2020, the initiative reached a major milestone when the U.S. Federal Aviation Administration gave the company approval to deliver packages to consumers using Prime Air. Along the way, Amazon developed dozens of drone prototypes as well as custom software to power them.

Amazon’s latest drones are capable of carrying up to five pounds of merchandise to a consumer’s home in under an hour. They have a top speed of 50 miles per hour and can reach a maximum altitude of 400 feet during flight. After an Amazon drone reaches a customer’s home, it descends to a safe height above the backyard and releases its package before flying away.

The engineering group developing Prime Air is based in a facility near Amazon’s Seattle headquarters that doubles as a drone manufacturing and assembly hub. The group develops not only hardware but also custom software to manage deliveries. As part of the effort, Amazon’s engineers have created a software system that enables Prime Air drones to automatically detect obstacles and maneuver around them.

“Amazon’s new facility presents a tremendous opportunity for College Station to be at the forefront of the development of drone delivery technology,” said College Station Mayor Karl Mooney. “We look forward to partnering with Amazon and Texas A&M and are confident that Amazon will be a productive, conscientious, and accountable participant in our community.”

Amazon is one of several companies working to build a drone delivery service. Earlier this year, Walmart announced plans to provide a drone delivery option at 37 of its retail stores by year’s end. Meanwhile, Alphabet’s Wing subsidiary is testing a similar service in the U.S, Finland and Australia.

Drones represent only one component of Amazon’s broader autonomous delivery strategy. Amazon has also developed a six-wheeled robot called Scout that can operate on sidewalks and uses artificial intelligence to navigate.