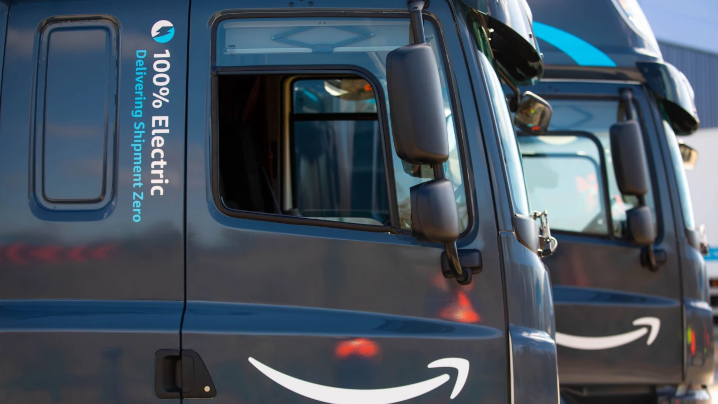 Amazon.com Inc. today announced that it will spend more than one billion euros, or about $1 billion, over the next five years to expand its use of electric delivery vehicles in Europe.

The investment is part of an effort by the company to achieve net-zero carbon emissions across its business by 2040. Amazon is also investing in renewable energy projects such as wind farms, as well as in startups developing sustainable technologies.

Amazon currently operates a fleet of more than 3,000 electric delivery vans in Europe that it uses to ship parcels to customers. As part of the investment announced today, the company will expand the fleet to over 10,000 electric vans by 2025. Additionally, Amazon will roll out more than 1,500 electric heavy goods vehicles capable of ferrying cargo across long distances, such as between two fulfillment centers.

Amazon will deploy thousands of charging stations at its facilities in Europe to support its growing electric vehicle fleet. As part of the initiative, the company plans to build hundreds of fast chargers geared specifically geared towards electric heavy goods vehicles.

The announcement of Amazon’s latest investment in electric vehicles comes a few months after the company launched a micromobility hub in London. Workers at the hub will deliver packages to customers using electric cargo bikes and on foot, thereby reducing carbon emissions. Amazon expects to replace thousands of delivery van trips per year, which will lower not only carbon emissions but also traffic congestion.

Amazon has opened micromobility hubs in more than 20 cities across Europe. According to the company, that number is on track to double by the end of 2025.

“Our transportation network is one of the most challenging areas of our business to decarbonize, and to achieve net-zero carbon will require a substantial and sustained investment,” said Amazon Chief Executive Officer Andy Jassy. “Deploying thousands of electric vans, long-haul trucks, and bikes will help us shift further away from traditional fossil fuels—and hopefully, further encourage transportation and automotive industries in Europe and around the world to continue scaling and innovating, as we will have to work together to reach our climate goals.”

Amazon is also investing in renewable energy projects as part of its effort to achieve net-zero carbon emissions by 2024. Earlier this year, the company announced plans to invest in 37 renewable energy projects around the world, including wind farms, solar farms and rooftop solar panels. The projects will make 3 gigawatts of additional clean energy capacity available for the company.

Amazon’s sustainability strategy extends to the startup ecosystem as well. In 2020, it launched a $2 billion venture capital fund to support companies developing sustainable technologies and services. Amazon has invested in more than a dozen companies through the fund since its launch.