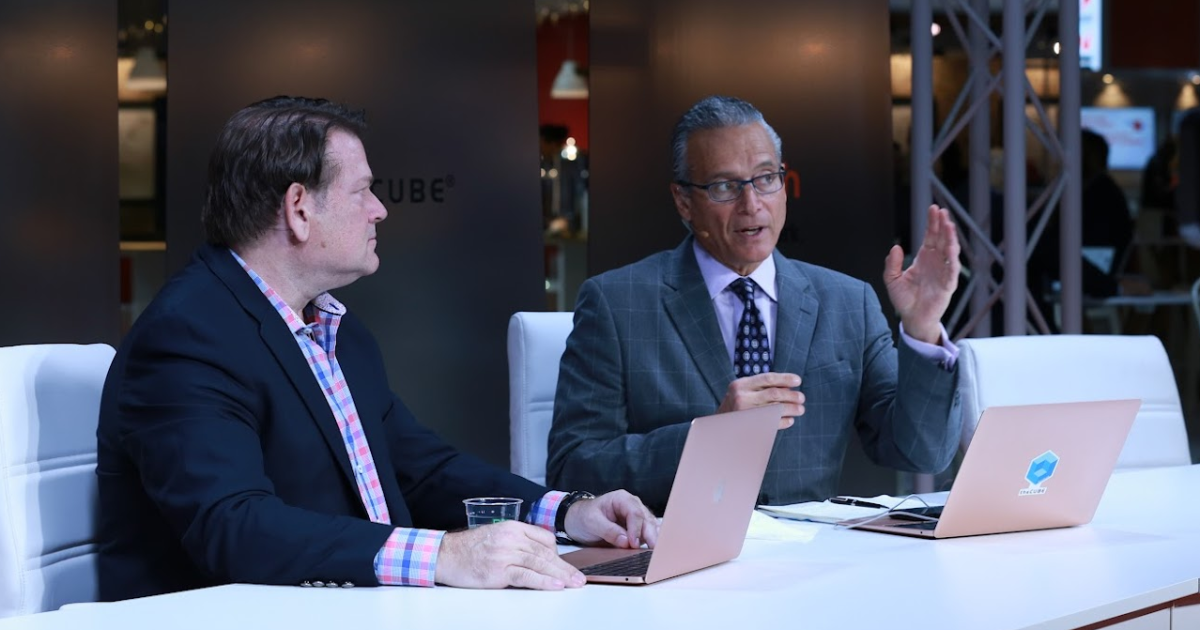 The release today by Advanced Micro Devices Inc. of its 4th Gen EPYC Genoa CPU marked the start of what is expected to be a series of announcements from major chipmakers in the months ahead.

Intel will likely make its own microprocessor announcement early next year, and other major chip suppliers, such as Arm Ltd. and Nvidia Corp., are also expected to deliver new releases in 2023.

“AMD is starting off this season of rolling thunder. And, in a few months, we’ll start getting the initial entries from Intel and we’ll be able to compare where they fit in with what AMD is offering,” said David Nicholson, industry analyst for theCUBE, SiliconANGLE Media’s livestreaming studio. “I think 2023 is going to be this constant release cycle.”

Nicholson spoke with fellow analyst Dave Vellante in a special broadcast as part of theCUBE’s ongoing “Does Hardware Matter?” series. They discussed key elements of the AMD announcement and how this will impact major server suppliers. (* Disclosure below.)

The rolling thunder of microprocessor news is being driven by key changes in the enterprise server market. Businesses increasingly need hardware that can deliver innovation around system components that plug-in for supporting critical application workloads. Technologies such as peripheral component interconnect express, or PCIe, are relied upon to connect high-speed devices for maximum performance. AMD’s latest EPYC Genoa release, with scaling to 96 cores and 192 threads of Zen 4 computing, is designed to address this need.

“Just from a bus architecture perspective, you’re doing a 4x or 8x leap in performance. And all of the peripherals that plug into that faster bus are faster,” Nicholson said. “It’s double what PCIe was before. You can consolidate massive amounts of work into a much smaller footprint, and that’s critical because everything in that server is consuming power.”

Different classes of AMD Genoa are expected to meet a range of enterprise computing needs. The standard Zen 4 compute platform is tailored for general purpose workloads, compute density will be boosted with an optimized Zen 4 package, and users can take advantage of a cache optimized version for data-intensive applications.

This sets the table for major hardware makers, such as Dell Technologies Inc., that are expected to incorporate microprocessor advances into next-generation server lines over the coming year.

“The makers of enterprise servers are responding to customer requirements for more diversity and server platforms to handle different workloads, especially those high-performance data-oriented workloads that are being driven by artificial intelligence and machine learning,” Vellante said. “OEMs like Dell are going to be tapping into these innovations, and they will try to get to the market early. Dell, in particular, will be using these systems as the basis for its next-generation PowerEdge servers, which are going to bring new capabilities to the market.”

Vellante’s point around AI and machine learning underscores an important driver for both next-generation microprocessors and the server market. AMD’s latest release, and expected advances from other chipmakers, are designed to move beyond mere legacy support and provide a solid foundation for powering new technologies that are becoming more essential in enterprise architectures.

“A lot of applications that are going to be supported are what we think of as legacy application environments, but what we’re going to be hearing a lot about and what the future really holds for us that’s exciting is this arena of AI and machine learning,” Nicholson said. “These next-gen platforms offer performance that allows us to do things in areas like natural language microprocessing that we couldn’t do before cost effectively. AI and ML are going to be the big buzzwords moving forward.”

While AI and ML will be key areas of focus, so will cost. CIOs are being more cautious in the current economy over capital expenditures and discretionary operational spending in the cloud, as demonstrated by Enterprise Technology Research data recently provided to SiliconANGLE.

This could affect sales in the server market, especially if the more advanced hardware comes with a higher price tag. The key will be an understanding of what the new systems provide as a return on investment, according to Nicholson.

“I know from examining what the component suppliers tell us is that these systems are going to be significantly more expensive on a per-unit basis,” Nicholson said. “But what does that mean? If the server that you’re used to buying for five bucks is now 10 bucks, but it’s doing five times as much work, it’s a great deal.”

(* Disclosure: TheCUBE is a paid media partner for the “Does Hardware Matter?” series. Neither Dell Technologies Inc., the sponsor of theCUBE’s event coverage, nor other sponsors have editorial control over content on theCUBE or SiliconANGLE.)