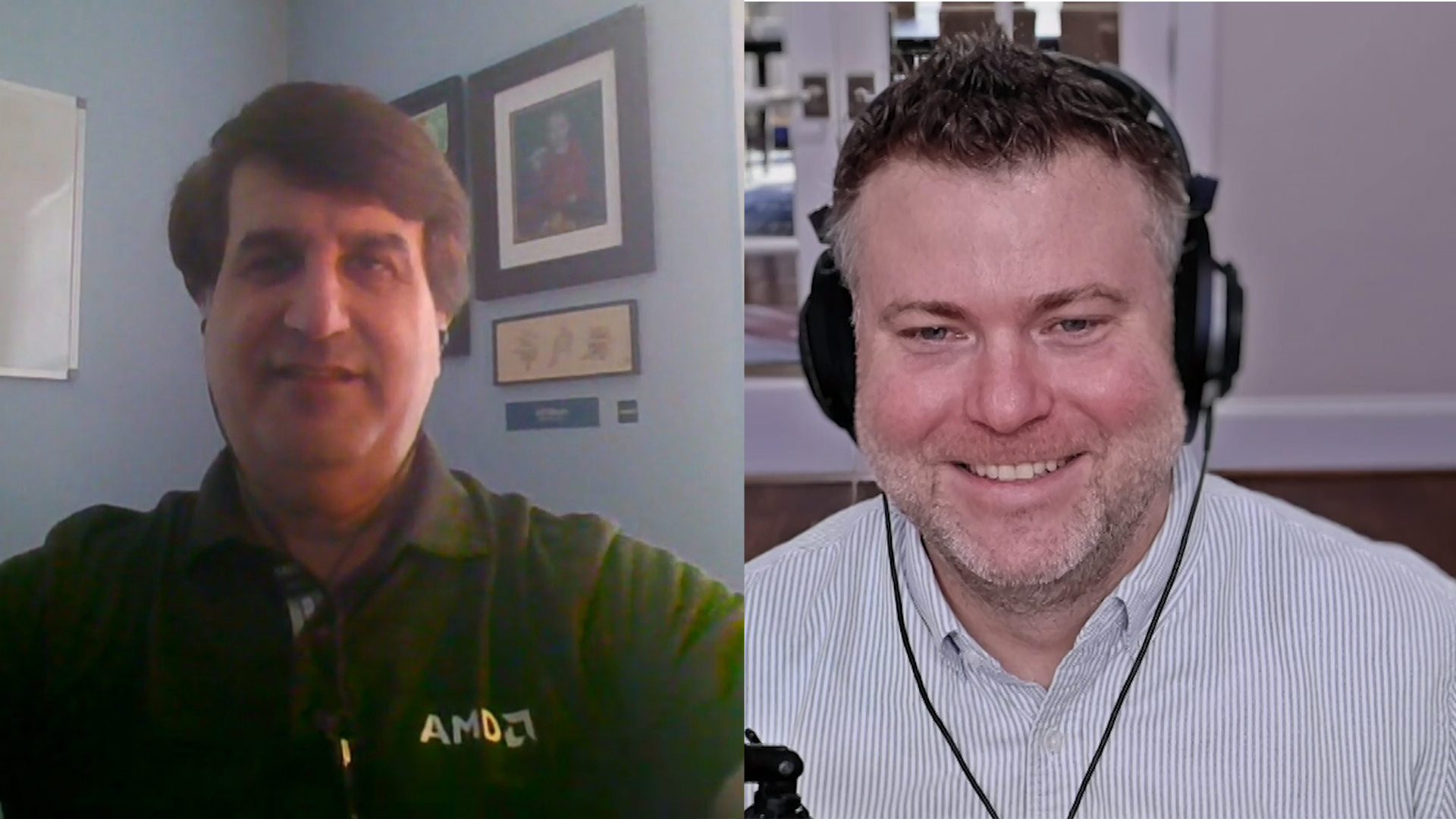 Benchmarking has long existed as an objective way to measure the speeds of CPUs, graphics chips and storage hardware.

“We look at micro-benchmarks around CPU, network, and storage,” said Keith McClellan (pictured, right), director of partner solutions engineering at Cockroach Labs. “And then our flagship benchmark is we use the database itself where we have the most expertise to create a real-world benchmark across all of these instances. This year I think we tested over 150 different discrete configurations.”

McClellan and Jeff Bloom (pictured, left), senior director of the Cloud Business Group at AMD, spoke with theCUBE analyst Savannah Peterson during the recent AWS re:Invent conference, during an exclusive broadcast on theCUBE, SiliconANGLE Media’s livestreaming studio. They discussed the report’s findings both in relation to AMD chips and the end users themselves. (* Disclosure below.)

While it once lagged in the consumer hardware segment, AMD has turned its fortunes (and consumer perceptions) around. That confidence has bled from its well-known consumer products to enterprise high-performance computing use cases, such as data centers.

“What it means for us and for our customers is there’s a good breath and depth of testing that has gone on from the lab,” Bloom explained. “And you look at this cloud report, and it helps them traverse this landscape of why to go with instance A, B, or C on certain workloads. And it really is very meaningful because they now have the real data across all those dimensional kinds of tests.”

That effort has resulted in the report citing that AMD Milan processors, based on the EPYC architecture’s third generation, is setting the pace in performance and, more importantly, compute per dollar. In essence, customers get the highest performance at the lowest cost.

“When we’re looking at instances, we’re not just looking at how fast something is. We’re also looking at how much it costs to get that level of performance, because CockroachDB as a distributed system has the opportunity to scale up and out,” McClellan added.