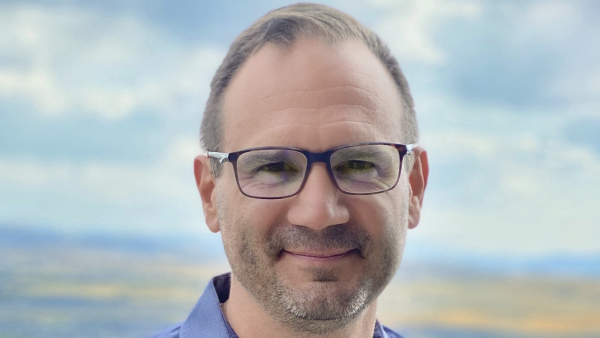 New Relic Inc.’s management relieved some of the pressure it’s under today as the company delivered fiscal first quarter financial results that came in above expectations. It followed that with strong guidance for the next three months, sending its stock up higher in after-hours trading.

The results came as the company announced it has hired David Barter as its new Chief Financial Officer, taking over from Mark Sachleben – who has stepped down after 14 years in the role.

New Relic reported a net loss of $50.2 million in the quarter, with losses before certain costs such as stock compensation coming to 26 cents per share. Revenue for the period topped $216.5 million, up from $180 million in the same quarter one year earlier. The results were good, with Wall Street analysts targeting a wider loss of 36 cents per share on lower sales of $212.7 million. New Relic’s stock gained more than 3% in extended trading on the report, having lost 2% earlier in the day.

No doubt investors welcomed the solid results, for New Relic is a company that has been under extreme pressure of late. It is a leading player in the so-called observability market. It sells tools for enterprises to monitor their applications and DevOps environments. It’s popular with developers because it allows them to identify problems with their apps easily and find a way to fix them.

Despite its popularity, New Relic has struggled to grow its business as fast as investors had hoped. Having revamped its business model about 18 months ago, it suffered a big drop in active customer accounts, which stood at 14,800 at the end of the first quarter, down from 15,400 in June 2020. Consequently, New Relic’s stock has suffered, losing almost half of its value since November 2021. Such is the pressure that a few weeks ago it was reported that New Relic was exploring the possibility of selling itself to private equity firms that have shown interest in acquiring it.

Whether or not New Relic’s suitors will be able to pick up the company on the cheap remains to be seen though. For all of its problems, it got off to a strong start to its fiscal 2023 year, New Relic Chief Executive Bill Staples (pictured) said today. “We continue to execute well against the four priorities we articulated on the last earnings call, and we are updating guidance to reflect our added focus on achieving non-GAAP profitability for the full year,” the CEO said in a statement.

New Relic showed that it’s growing its customer base too. At the end of the quarter, it had 15,100 customer accounts, with 1,137 of those delivering greater than $100,000 in revenue per year. It also reported a net revenue retention rate of 120%, up from 111% one year earlier. NRR is a key software-as-a-service business metric that measures the overall impact of a company’s existing user base on revenue generation. So, in other words, New Relic is squeezing more money from its existing customers.

“It looks like New Relic is seeing the light at the end of the tunnel after enduring a longer than expected transformation to become a subscription enterprise,” said analyst Holger Mueller of Constellation Research Inc. “While growth was around 20%, its costs increased by just 10%, resulting in a lower loss per share than in the previous quarter and one year ago. New Relic is heading in the right direction and Bill Staples and his team now have a shot at achieving their full-year goal of breaking even.”

New CFO Barter will be tasked with finding ways to make sure that additional revenue counts towards the company’s bottom line. Staples said he brings “exceptional experience” having previously worked high-level roles at Microsoft Corp. and General Electric Co. “His fresh perspective, integrity, decisiveness, and accountability will be invaluable to New Relic as we continue to drive our long-term growth strategy of putting the power of data in the hands of the world’s software engineers,” he added.

Ironically, Barter’s most recent role saw him guide C3 AI Inc., a provider of artificial intelligence tools, into the public markets through an initial public offering. In his new job, he could well play a key role in taking New Relic in the opposite direction, if there’s any truth to the recent acquisition rumors. “I’m looking forward to working with the excellent team already in place, and helping the business scale to realize its growth and profitability goals while delivering industry leading software to its customers,” Barter said.

From the motorsport archive: on this day in 1939

There was an unprecedented tie in this edition of the Monte Carlo Rally, identical times r…