Johnson Matthey (JM) has long made a good business monetising fallen asteroids, or rather the metals inside them.

For much of the past half century, this 200-year-old-plus British company has used those metals to help reduce emissions on vehicles by making catalytic convertors. Now it wants to pivot its know-how of so-called platinum group metals to ramp up its zero-emission fuel cell business, targeting primarily heavy trucks. This would have been a neat transition if it hadn’t been for the company’s aborted attempt to get into the battery materials business, which ended back in May with a £50 million bill and some hurt pride after selling its operations to Australian outfit EV Metals.

JM’s decision to go all in on fuel cells and repurpose its Royston, Cambridge, catalytic converter factory coincided with the appointment of a new CEO, Liam Condon, who moved from the giant Germany pharmaceutical and biotechnology company Bayer in May.

JM should never have left the world of asteroids, Condon told investors back in May. “We got into battery materials pretty late. It was never a core competency,” he said. “Unfortunately, we realised too late how expensive it would be and what meagre returns we would get.” On the other hand, fuel cells, or rather the membrane and catalysts at the heart of the fuel cell, is right in JM’s wheelhouse. “This is hardcore metals chemistry. This really goes to the fundament of what we do,” Condon said. 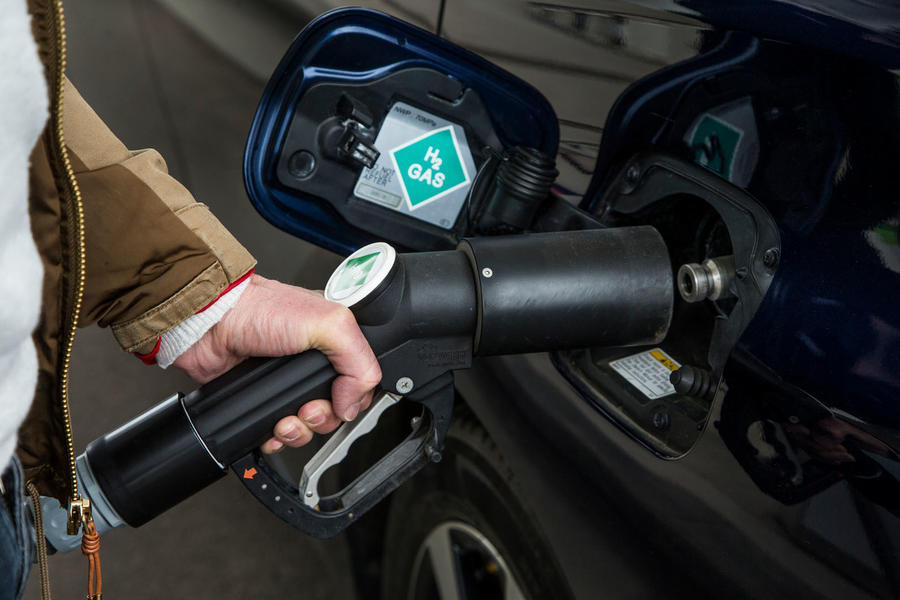 Founder Percival Johnson started his gold assaying business – testing for purity – in 1817 before expanding into other metals, including platinum, with the help of George Matthey, who joined as an apprentice in 1838. In the 20th century, JM’s work using platinum for the catalyst layers in fuel cells won the company the contract to supply NASA for the Bacon fuel cells used to generate electricity on Apollo 11, the first to land on the moon.

Of the 1000 parts that makes up the modern hydrogen fuel cell, JM makes just three – the membrane and the two catalyst layers: anode and cathode. However, “this is where the magic literally happens,” Condon said. The polymer electrolyte membrane, or PEM, is the thin layer through which positively charged ions pass. The platinum is coated very thinly on the two catalyst layers that create the reaction to turn hydrogen into electricity.

These three parts are 20% of the fuel cell’s value, Eugene McKenna, commercial and strategy director for JM’s Hydrogen Technologies business, told Autocar. The firm claims to be one of the few companies to make both the catalyst and the PEM layers, giving the UK a critical role again in a technology invented here by William Grove back in 1842.

JM sells to both vehicle makers who assemble their own fuel cells (their identity is a secret, but they’re predominantly focused on trucks), and fuel cell assemblers such as US-based Plug Power, which in turn has an agreement to supply fuel cells to the likes of Renault. “The natural habitat for our customers is by and large mechanical engineering and manufacturing. They make the other 997 pieces,” McKenna said.

JM is targeting sales of £200 million by 2024/25, far exceeding the £25 million it made in the 2021/22 financial year from its Hydrogen Technologies business. Profits will come in “four to five years,” as income starts outpacing investment, Condon told investors in May. The Royston expansion to become a three-gigawatt-plus-hour plant will cost £80 million, of which the government has contributed an undisclosed amount via the Automotive Transformation Fund. 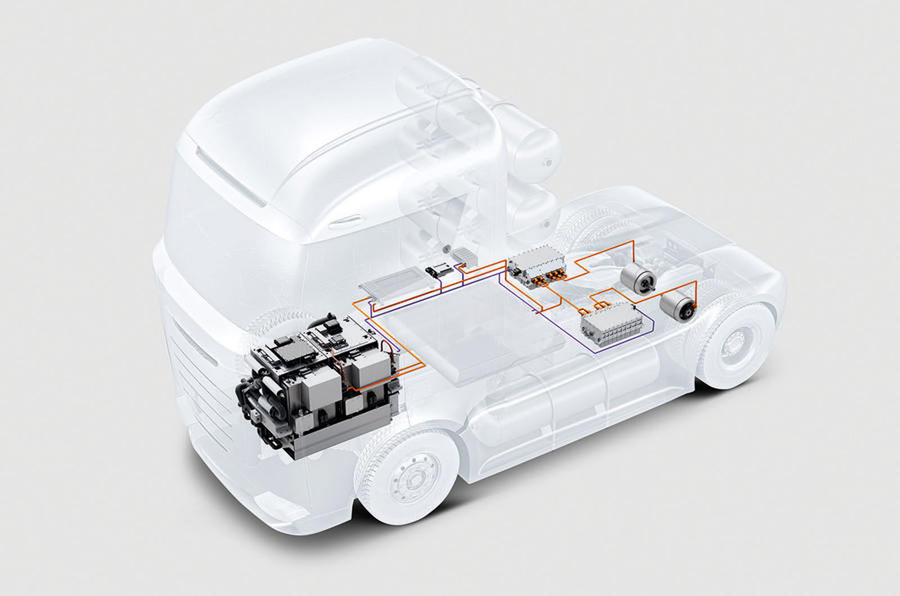 Fuel cells have so far lost out to battery development as a result of their high cost and the lack of a hydrogen infrastructure. Those barriers will fall away, the company hopes, as a result of the combination of cheaper, new-generation fuel cells and government impetus to act to reduce global warming. That in turn spurs investment. “There’s a lot of money both in the UK and particularly in Europe,” McKenna said.

The reason fuel cells have taken so long to emerge is due to the stiff competition from hydrocarbons, McKenna argues. “If you’re allowed emit carbon dioxide with no consequences, that’s a very cheap thing to do,” he said.

Coming from asteroids, platinum and the even rarer PGM iridium are short on supply. The metals are mined in South Africa mainly and the whole fuel cell development was partly stimulated by the mining companies, anxious to replace catalytic convertor makers as a client as internal combustion engine sales dwindled. One miner, Anglo Platinum, was even a shareholder in a former fuel cell joint venture with JM.

Some of the anxiety about the metals’ rarity, should the fuel cell take-up accelerate (starting with Chinese truck market, most likely), is offset by the fact that JM recycles much of the platinum it has used in catalytic converters. In terms of the new circular economy, there’s something very satisfying about taking a precious metal out of an exhaust emissions device and reusing it in a zero-emission fuel cell.

The path to wider fuel cell use is very bumpy still, not least because there needs to a ready supply of hydrogen created using renewable energy – again not cheap. But as vehicle makers reach the limitations of batteries, themselves suffering from a shortage of rare metals, hydrogen increasingly looks like the answer for the heaviest or most remotely operating 20% of vehicles for which batteries won’t work. As JM knows, fuel cells aren’t the moonshot technology they once were.