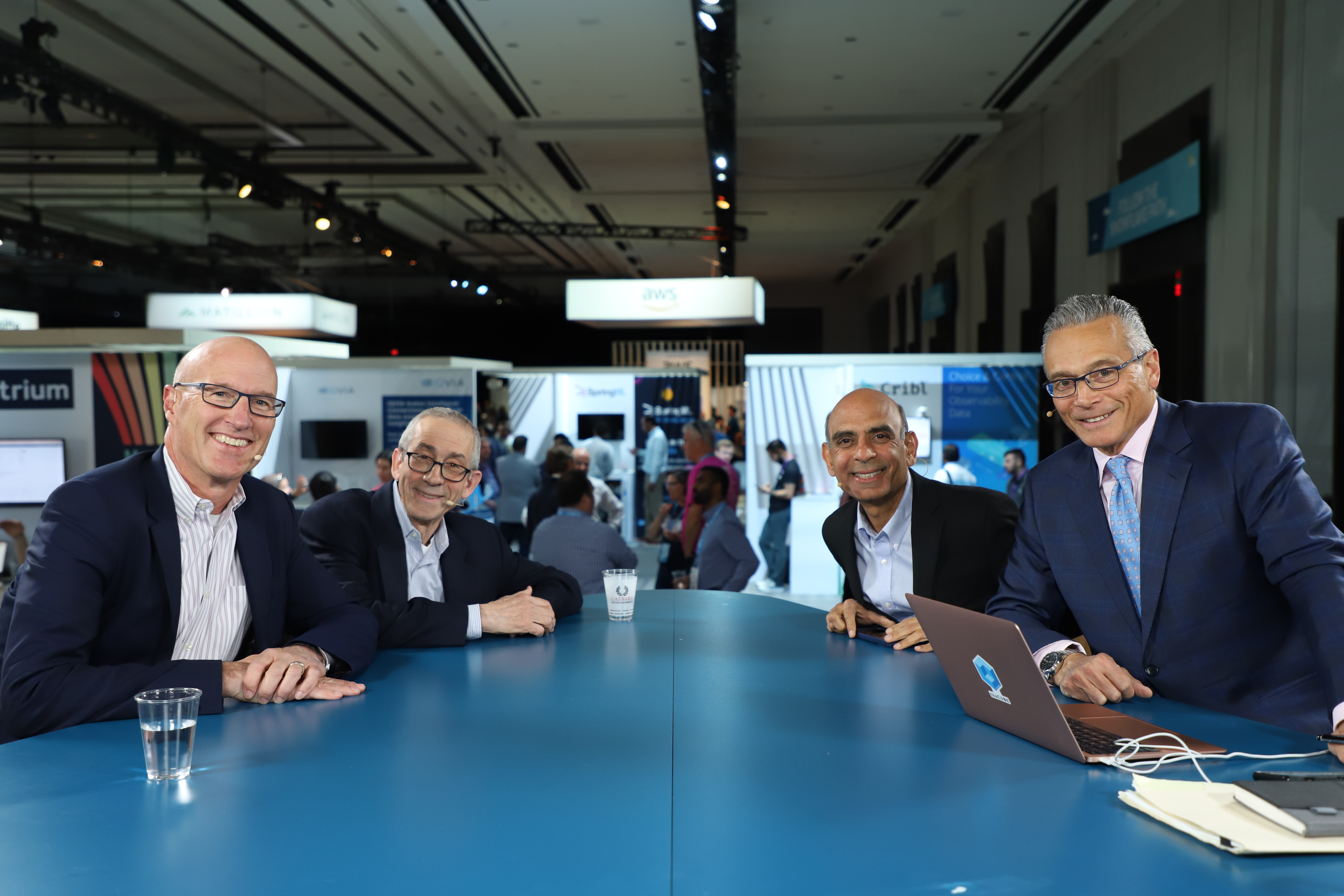 Snowflake Inc. made a number of announcements during its gathering in Las Vegas this week that were aimed at reducing friction in app development and managing analytical and transactional data on a single platform.

The latest moves offered a glimpse into Snowflake’s strategic direction, which will be accompanied by its own set of challenges, according to analysts in attendance.

“In effect, they are trying to become a data operating system,” said Dave Menninger (pictured, left), senior vice president and research director at Ventana Research. “It’s ambitious. I think they’ll experience some success with that. They will still struggle, however, with bringing everything together on one platform.”

Menninger spoke with theCUBE industry analyst Dave Vellante (pictured, right), at Snowflake Summit, during an exclusive broadcast on theCUBE, SiliconANGLE Media’s livestreaming studio. He was joined by Sanjeev Mohan (pictured, second from right), principal at SanjMo, and Tony Baer (pictured, second from left), principal at dbInsight LLC, and they discussed Snowflake’s latest releases and potential impact on the enterprise computing landscape. (* Disclosure below.)

During the Summit, Snowflake executives described a broad “North Star” for the company, which involved providing a platform where customers can organize and reason through multiple types of data. The firm’s focus on applications could give it a strategic advantage when measured against the hyperscalers as a result.

“They were the first one out the door with data sharing at a large scale,” Mohan said. “What Snowflake has done is take it to the next level, saying is it’s not just data sharing, it’s app sharing. You can build, test, deploy, and then monetize it. They are taking it a step further than what hyperscalers are doing.”

Snowflake’s event followed a similar gathering by MongoDB Inc. earlier this month. MongoDB unveiled a set of updates for its database that included new tools for application development and synching data from the edge. Baer, who also covered the MongoDB event, noted how both firms appear to be on similar paths.

“These two companies seem to be converging towards the same place at different speeds,” Baer said. “Where they are converging is on the idea of operational analytics and trying to serve all constituencies. I think Snowflake is going to get there faster than Mongo.”

(* Disclosure: TheCUBE is a paid media partner for the Snowflake Summit event. Neither Snowflake Inc., the sponsor for theCUBE’s event coverage, nor other sponsors have editorial control over content on theCUBE or SiliconANGLE.)