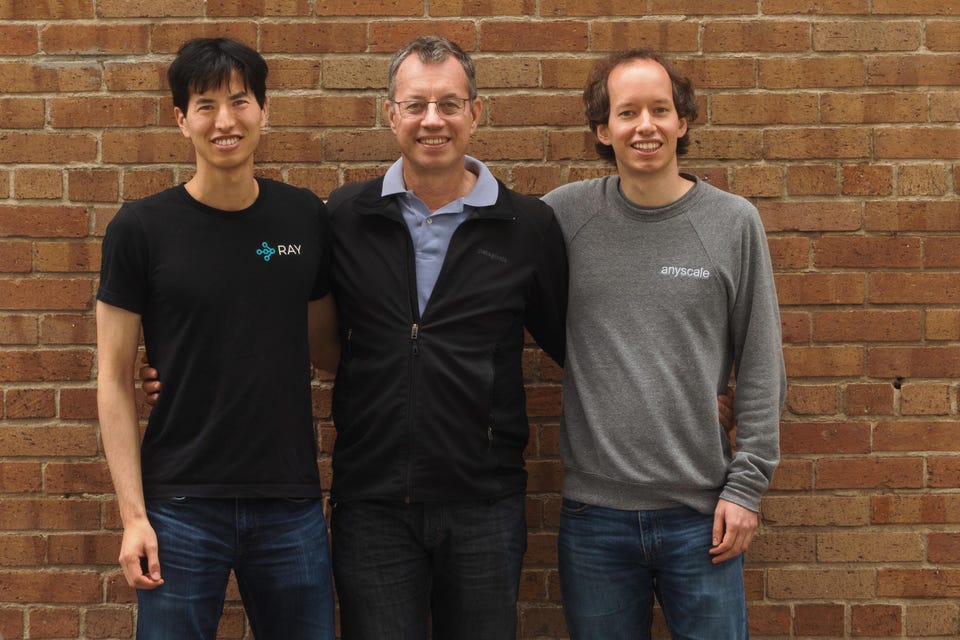 The distributed computing startup Anyscale Inc., founded three years ago by a group of researchers from the University of California, Berkeley, said today it has closed on a $99 million Series C round of funding, adding to the $100 it raised in December. Today’s round was co-led by existing investors Addition and Intel Capital, and saw participation from Foundation Capital, which was also involved in the prior round.

Anyscale is the developer of the open-source Python framework Ray, which is used to run distributed computing projects. Ray includes both a universal serverless compute application programming interface and an expanded ecosystem of libraries. They enable developers to build scalable applications that can run on multicloud platforms without needing to worry about the underlying infrastructure.

The company has also built Anyscale Compute Platform, which is a managed version of the Ray platform that makes it more accessible to enterprises who’re willing to pay for the privilege.

In an interview with the Wall Street Journal, Anyscale Chief Executive Robert Nishihara (pictured, center, alongside Executive Chairman Ion Stoica and Chief Technology Officer Philipp Moritz), said its the commercial offering that has caught the attention of investors. By giving the underlying framework away for free, the company believes it can entice enterprises to take a look and then pay to reap more benefits.

Andreessen Horowitz co-founder Ben Horowitz, who led Anyscale’s December funding round, told the Journal that the open-source version of Ray has “a lot of momentum in the market”. He dropped names such as Meta Platforms Inc. and Uber Technologies Inc. as users, saying they generate lots of data but “need a crystal ball to decipher it.” Anyscale provides this crystal ball.

With Anyscale, companies get to streamline the process of creating artificial intelligence software that’s used to predict customer demand, target online ads, recommend products and detect fraud, for example. The Ray platform helps developers to link the siloed computer and data technologies used to power these AI applications in a distributed system. The more complex these apps become, the more data repositories, search capabilities, data processing and training models they need access to.

Anyscale hasn’t disclosed any financial numbers or adoption rates, but told the Journal it already has paying customers

Alongside the funding announced today, Anyscale also unveiled some new updates to both Ray and the enterprise-ready Anyscale Compute Platform. Ray 2.0 notably gains the Ray AI Runtime, adding a unified runtime layer for machine learning applications and services. The runtime helps simplify the development of ML apps and provides interoperability with popular AI frameworks such as Tensorflow, PyTorch, Hugging Face and others.

As for Anyscale Compute Platform, it gains new capabilities including a “Next-Generation ML Workspace” for developing and scaling ML applications from prototype to production, plus a preview of new capabilities around security, activity auditing, operational monitoring and cost management.