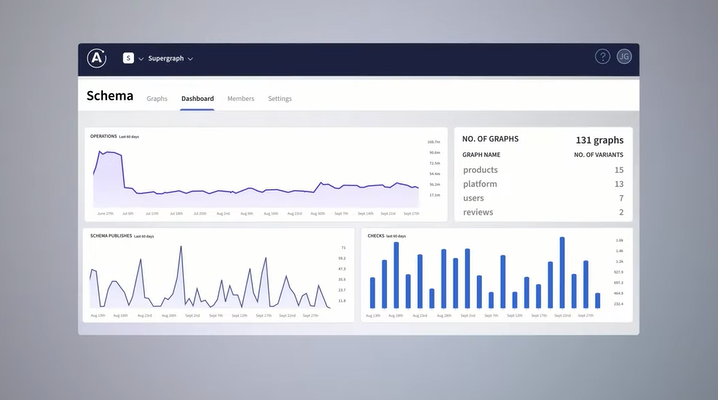 San Diego-based Apollo, officially Apollo Graph Inc., is backed by more than $183 million in funding. The startup commercializes GraphQL, an open-source technology that is used by more than 30% of the Fortune 500. The technology is at the foundation of the new GraphOS platform that the startup debuted today.

One of the tasks that GraphQL simplifies is query development. Historically, retrieving a piece of information often required sending several requests to the application that contains the information. GraphQL makes it possible to perform the task with only a single request, which saves time for developers.

The second major benefit of GraphQL is that it’s more reliable than other approaches to retrieving information. Often, when an application requests a set of records from a database, the database returns either too few records or too many. GraphQL resolves that technical challenge, which eases software development.

GraphOS, the new platform that Apollo debuted today, is designed to further simplify data management in the enterprise. It enables companies to implement a data management architecture that the startup refers to as a supergraph. The startup says that this architecture, which is powered by the open-source GraphQL information retrieval technology, streamlines the task of moving business data between applications and processing it.

“The supergraph is built to solve the needs of application developers – to give them the flexibility and resources they need to build amazing experiences without the complexity and friction that constantly gets in the way,” said Apollo co-founder and Chief Technology Officer Matt DeBergalis. “We’ve seen industry consensus that the supergraph meets those needs – some of the world’s biggest and most forward-thinking companies are using it.”

Apollo says its new GraphOS platform enables companies to implement a supergraph in the cloud. According to the startup, the platform makes it possible to set up a supergraph in a few minutes and removes the need to manage the underlying infrastructure.

Apollo has equipped GraphOS with several features intended to ease software teams’ day-to-day work. According to the startup, the platform provides governance features for ensuring that a company’s supergraph complies with cybersecurity and regulatory requirements. A set of CI/CD, or continuous integration and continuous delivery, capabilities will make it easier for developers to customize their companies’ supergraph implementations.

According to Apollo, a particularly important selling point of its platform is that it provides the ability to link together multiple organizations’ supergraphs. The startup says that linking supergraphs can significantly ease the task of sharing data between organizations.

“If supergraphs are about connecting everything together, and if organizations around the world are building supergraphs, developers should be able to connect data and services beyond what’s available to them inside their company,” said Apollo co-founder and Chief Executive Officer Geoff Schmidt. “Imagine a world where developers had any data and capability available to them, from sources all over the world that they could use, remix and use again.”

The debut of Apollo’s GraphOS comes about a year after Apollo raised $130 million in funding from Insight Ventures, Andreessen Horowitz and Matrix Partners. At the time, the startup disclosed that its annual recurring revenue had nearly tripled over the preceding 12 months.

Alongside the new GraphOS platform, Apollo provides a collection of open-source and commercial products that make it easier to implement the GraphQL information retrieval technology. The startup says that its products are downloaded more than 17 million times every month. Apollo’s commercial products are used by enterprises such as Walmart Inc., PayPal Holdings Inc. and Audi AG.