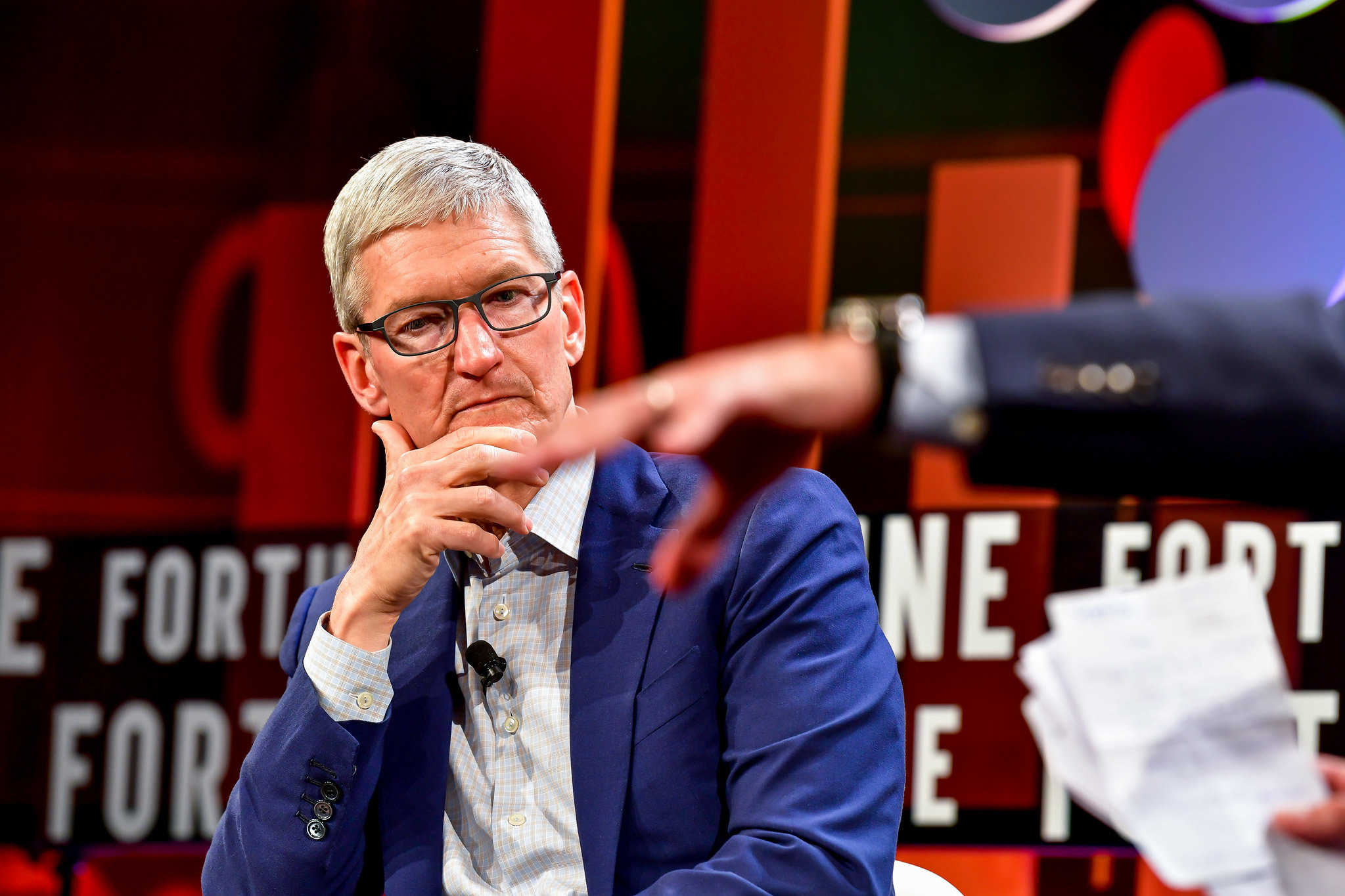 Apple Inc. beat Wall Street’s expectations on earnings and revenue as it reported its fourth quarter financial results today, though it came up short in core product categories including its iPhone business.

The company reported earnings before certain costs such as stock compensation of $1.29 per share, just beating Wall Street’s forecast of $1.27 per share. Revenue for the period came to $90.15 billion, up 8% from a year ago and ahead of the $88.9 billion consensus estimate. Overall, Apple’s net income came to $20.7 billion, up from $20.5 billion a year earlier.

Apple Chief Executive Tim Cook (pictured) said in a statement that the results reflect the company’s commitment to its customers and its pursuit of innovation. “As we head into the holiday season with our most powerful lineup ever, we are leading with our values in every action we take and every decision we make,” the CEO said. “We are deeply committed to protecting the environment, to securing user privacy, to strengthening accessibility, and to creating products and services that can unlock humanity’s full creative potential.”

In an interview with CNBC, Cook pointed out that the company’s revenue would have grown by double-digits if not for the strength of the U.S. dollar. That said, he conceded that Apple was having to make some tough decisions to deal with the current economic uncertainty, like most other technology companies. He revealed that the company has slowed its pace of hiring to cut costs, though it will still add new staff in key areas. “We are hiring deliberately,” he said.

Apple’s key iPhone business segment notably fell short of expectations, delivering $42.6 billion in revenue, up 9.6% from a year ago but below the $43.2 billion estimate. That said, Apple’s fourth quarter is traditionally always slower as it comes ahead of the launch of its next-generation phones. In fiscal 2022, the fourth quarter included only eight days of sales of the new iPhone 14 models.

Cook told analysts on a conference call that the company performed well considering that other smartphone makers are struggling amid lower consumer demand. He said Apple once again managed to grow its number of “switchers”, or people who switch to the iPhone from an Android device. He also said supply for the iPhone 14 Pro, which is the company’s highest-end phone, remains constrained.

“We clearly countered the industry trends on the phone if you look at third party estimates of what the smartphone industry did,” Cook insisted.

Another failure was Apple’s services business, which also missed expectations. It delivered revenue of $19.19 billion, below the estimate of $20.10 billion. The services business grew by just under 5% – a noticeable slowdown compared to the previous quarter, when it grew by 12%. This might be a worry for investors because the Services business is far more profitable than Apple’s hardware and is capable of bringing in significant recurring revenue. For the full fiscal year, Apple services revenue grew by 14% to $78.1 billion, slower than the 16% growth it recorded in fiscal 2021 and much slower than the 27% growth in 2020.

Apple’s services business includes online services such as Apple TV+ and Apple Music, revenue generated from the App Store, hardware warranties and also search deals with companies like Google LLC. At the end of the quarter, Apple reported just over 900 million total subscriptions, which includes subscribers to apps through the App Store.

The iPad business also struggled, with sales falling almost 10% from a year ago to $7.17 billion, below the $7.94 billion analyst forecast. The company has, however, just released some new iPad models, and it’s hoped that they could boost sales in the current quarter.

The picture looked brighter elsewhere for Apple. For instance, Mac computer sales bucked the trend in the wider PC industry, rising 25% to $11.51 billion, far exceeding Wall Street’s estimate of $9.36 billion. Meanwhile, Apple’s Other Products segment, which covers things like AirPods and the Apple Watch, saw revenue jump 9.8% to $9.65 billion, ahead of the $9.17 billion estimate.

Apple once again declined to provide any official guidance for the coming quarter, a practice it has stuck to ever since the COVID-19 pandemic emerged. However, Chief Financial Officer Luca Maestri provided a few interesting data points. He said the company expects its first quarter fiscal 2023 revenue to grow less than the 8.1% growth seen in the quarter just gone. He also said the company believes its services business will be negatively impacted by the macroeconomic environment, though it expects revenue to grow.

“We’re not providing revenue guidance, but we are sharing some directional insight,” Maestri explained.

Apple’s stock gained 1% in extended trading, having slipped by 3% earlier in the day.