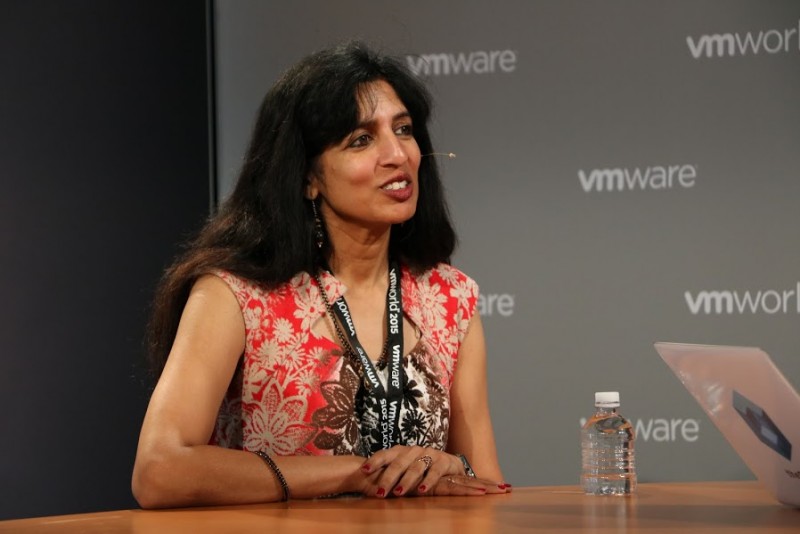 Arista reported a net income of $299 million for the period, up from $196.8 million one year earlier. Earnings before certain costs such as stock compensation came to $1.08 per share, with revenue coming to $1.052 billion, up 49% from the same period last year.

The results easily beat Wall Street’s targets of 91 cents per share in earnings and $976 billion in revenue. Sales also came in above Arista’s own targets of $950 million to $1 billion. Arista’s stock jumped 7% in the extended trading session after the report, adding to a slight gain made earlier in the day.

Arista sells networking gear to enterprises including high-speed switches that speed up communications between racks of computer servers in data centers. The majority of those switches are sold to hyperscale data center operators such as Meta Platforms Inc., Microsoft Corp. and Google LLC. The company also sells enterprise campus switches to companies that run on-premises data centers, competing with its much larger rival Cisco Systems Inc.

The other aspect of Arista’s business is network management and security software and services, which is used by companies to keep their networks up and running and identify the cause of faults, monitor user experiences and identify security threats.

The hardware business delivers the majority of Arista’s revenue. The company said it generated sales of $885.8 million in the quarter, with software and services adding $166 million.

Arista Chief Executive Jayshree Ullal (pictured) said the company achieved a key milestone, delivering over $1 billion in revenue in a single quarter for the first time. That was all the more impressive considering the uncertain supply chain environment, she added. “This record milestone further validates the customer value of Arista’s differentiated cloud networking platforms, now adopted by many of the largest cloud and enterprise customers around the world,” Ullal continued.

In a conference call, Arista Chief Operating Officer Anshul Sadana said Meta Platforms and Microsoft are likely to account for 10% of the company’s fiscal 2023 revenue.

“You can see that we’re having one of our best years to date in terms of cloud customers,” Ullal said.

Arista, which also posted strong growth during the previous quarter, said it’s anticipating third quarter sales of between $1.025 billion and $1.075 billion, ahead of Wall Street’s forecast of $1 billion. The outlook is consistent with the optimistic forecasts of key cloud computing giants including Microsoft, Google and Amazon Web Services Inc., which are all projecting strong demand despite the macroeconomic pressures facing most tech firms today.

The networking industry is being watched closely by investors for any signs of a slowdown. In May, Cisco Systems offered a revenue forecast more than $1 billion below Wall Street’s consensus.