Aubrey opens up about her new single, which doesn’t paint the prettiest picture of her time with the Jersey Shore star.

Aubrey O’Day is opening up like never before about what went wrong in her relationship with Pauly D — and putting her truth to music.

The Danity Kane alum and “Jersey Shore” star dated for a year and a half after meeting on the reality show “Famously Single” back in 2015. This week, she released a new song all about their relationship titled “Couple Goals” … and it doesn’t paint the prettiest picture of him or their time together. The single comes with a NSFW music video, which you can watch at her just-launched OnlyFans page.

Speaking with TooFab about the track, O’Day said she waited until now to release a song about her ex because she wanted to take a beat and focus on herself before doing anything publicly. 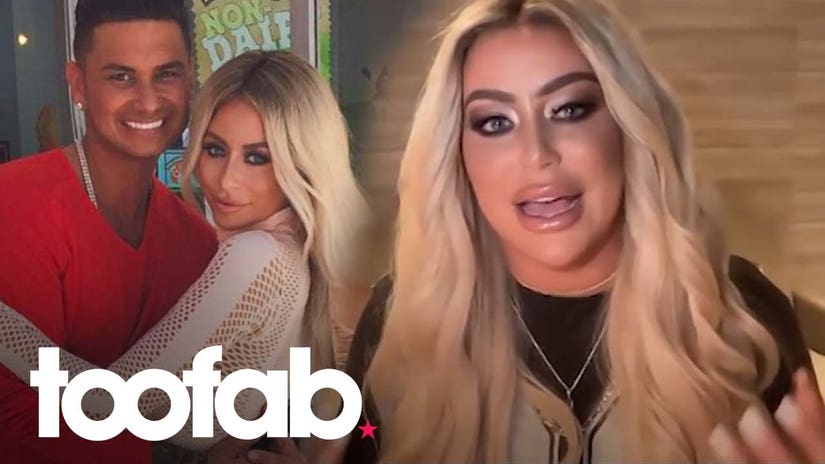 “Because of the internet and social media, words now stay with you forever. Something you said 20 years ago, you will be held accountable for 20 years later. So because of that, I try not to speak when I’m still in pain or angry,” she explained. “I like to make sure I’m healed and that I’m coming from a place of just a genuine desire to share art, and that there is no bad intention involved because that would then be like corrupting my craft.”

“I went to Bali, I was able to heal and have such an incredible experience, and now I feel ready to talk a bit more about the things I’ve been through in life,” she added, “since everybody likes to report about them incorrectly.”

While she says she’s not coming from a place of pain or anger, some of the lyrics of the song are pretty pointed. In the song, she sings, “The love I gave was rare/but you never f—ing cared” — later adding, “I kinda like being the only one alive/that knows exactly how you love and lie.” 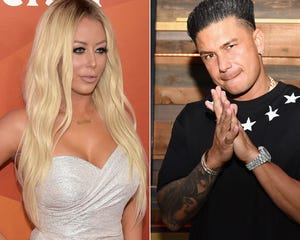 Pauly D Hits Back at ‘Dramatic’ Aubrey O’Day Calling Their Relationship ‘Torturous’: ‘I’m the One That Left Her’

“If I am going to speak from my most evolved self, I would say it was incredibly toxic,” she said of her relationship with Pauly D. “And I won’t point fingers because if you accept and receive that behavior and stay, there’s got to be something toxic and unhealthy wrong with you as well.”

“I do leave space for the possibility that maybe people can be better to other people in relationships after you, and potentially you know, if you have a person that is more suited for you, maybe you’re less toxic. But I was definitely not the person who brought out the best human in him, and he did not bring out the best in me either,” she acknowledged.

When we noted it sounded like she was calling it a “two-way street,” she added, “Yeah, the two ways were that he was toxic, and I was allowing it.”

According to O’Day, she wasn’t getting the real Pauly D when they first started dating, since they met on a reality show. “I was kind of getting a character,” she said, “Some people are very prepared with their character, and very prepared and aware of how they will present themselves to people, and those people usually make the most money, as I am sure you know. I find it a little harder to be that.”

Though she had always been someone who “never sacrificed my work for a man,” she got to an age where she wanted to have children and be in a “real partnership” and decided she was willing to compromise to get what she wanted. “But when you do with somebody where the compromise is always his way or no way or punishment, then it becomes a very toxic dynamic, and I don’t think I realized at the time how much I didn’t love myself or value or appreciate my gifts, and that I can do better than what my childhood taught me,” she added. 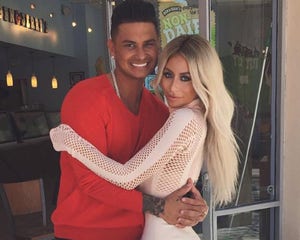 One line of the song mentions that Pauly’s daughter Amabella even referred to her as “Mom,” a sign of how serious they were. When they were dating, the reality star actually told TooFab that having them meet was a “huge deal” for him and she was actually the first of his girlfriends to ever meet her. When they split, however, she felt he downplayed their bond.

“The relationship length was absolutely downplayed. The ending was downplayed. The person I was to his life and his daughter’s life was very downplayed. And I was acknowledged as someone he met at some point, and somebody his daughter met one time, and he regrets it, and he’ll never let her meet someone again until they’re like the right one,” she continued.

poor poor girl
you think you got the whole world
but he’s just giving you
the same show
same story from before
just thought you should know..

O’Day says the chorus of the song — in which she sings, “poor poor girl/you think you got the whole world/but he’s just giving you/the same show” — is not only about herself and the women who warned her about dating Pauly in the first place, but also to anyone with him in the future. When asked whether she thinks the “Jersey Shore” star and current girlfriend Nikki Hall will listen to the track, however, she wasn’t optimistic.

TooFab has reached out to Pauly’s reps for comment. In the past, he told Page Six that his “Jersey Shore” costars were happy when they broke up — before adding, “and so am I.” He claimed to be the one who “left” her and, on his dating reality show, also denied ever cheating on her.

O’Day’s new — and very NSFW — music video for “Couple Goals,” in which she is completely naked, can be watched uncensored over at O’Day’s OnlyFans page.