O’Day goes after body-shaming critics in the VERY spicy video for her song about ex Pauly D, while also addressing those Photoshop allegations.

Aubrey O’Day is putting it all out there.

The singer just dropped a new single, “Couple Goals,” about her relationship with ex-boyfriend Pauly D. And while it may not paint the best picture of their time together, the music video for the track certainly makes O’Day look very good … and very naked.

The Danity Kane alum sizzles in the NSFW footage, which can be viewed censored below or uncensored on O’Day’s just-launched OnlyFans page. The video doubles as a response to some of the body-shaming she received after paparazzi photos of her dropped online in 2020 she claimed had been altered … and to haters in general who have criticized her physique throughout her entire career.

“So at first when I had the idea, I was like ‘I have to have a body double. My body’s not good enough,'” O’Day told TooFab about shooting the spicy visual, adding that she then had a transformative trip to Bali — where she lived for a spell starting in 2021 — that changed how she looked at herself. 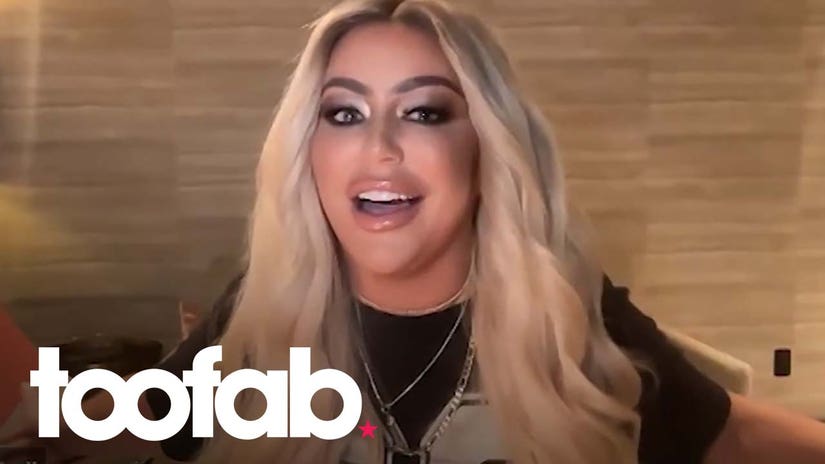 It’s when she made a conscious effort to get “off Big Pharma” and turn to more alternative healing methods like reiki, Wim Hof, breath work and ice baths, that the “noise” started to go away and she began to learn to love herself again. When it came time to shoot the video, she enlisted Alfredo Flores — who has worked with Ariana Grande, Justin Bieber and JoJo and actually was a PA on Danity Kane’s “Bad Girl” — to direct.

“I had my little moment in the bathroom before we started. I filmed it at [Todrick Hall]’s house. I literally like went in the bathroom and was like, ‘I’m going to feel this entire day like I’m completely compromising my art and I need to be okay with that,'” O’Day recalled, adding she felt like something like this visual was necessary for her song to be heard.

“As I started to filming, I realized I’m feeling liberated. I was running. Todrick came home at the end of the night, and I like jumped on him, and like hugged him naked, and he’s like, ‘Ugh, I don’t like p—-, get it away from me,'” she cracked. “I was literally like ‘Todrick!’ with my boobs out, and he’s like, “I love that you feel so free and comfortable.'”

poor poor girl
you think you got the whole world
but he’s just giving you
the same show
same story from before
just thought you should know..

She said the director also noticed a change in her and was especially proud of how she put herself out there in the footage after those 2020 paparazzi photos.

“He was like, ‘I saw those ‘fat’ photos of you, and I saw everyone calling you obese and saying you’re a f—ing loser, and a lot of people were laughing at you publicly and behind your back and to see you be so comfortable in your body, and to look so f—ing awesome on this footage, Aubrey, it makes me feel so good that I could like be a part of this journey through your womanhood,'” she continued.

The video ends with a still-naked Aubrey writing a note which reads, “You wanted me uncensored, here you go,” which feels like a big F-U to all the critics who have commented on her body throughout her career. O’Day said that criticism is something she’s experienced for years, going back to her college days.

“I would be at my sorority with mostly white girls at UC Irvine, and everybody would look at US Weekly and InTouch. Nicole Richie and Lindsay Lohan were the covers running on the beach with their ribs very skinny, and everybody wanted to look like that,” she recalled. “And then back to filming in New York with Diddy on ‘Making the Band,’ and he’d be like, ‘You’re my looker, and you don’t look good. You need to eat like 8 cheeseburgers now, like you looked sucked in, you need to have body.'”

O’Day said those ever-changing standards always confused her and left her wondering whether she was “supposed to be curvy” or not. She added that as her “boobs and butt and everything developed,” talk also turned to whether parts of her body were “fake.” She added, “That was the first time I started to see, ‘Wow, everyone’s got a lot of opinions on my body that are inaccurate.'” 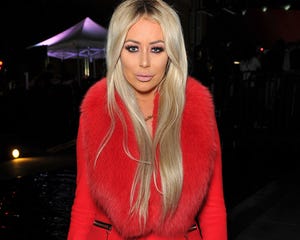 Though she got to a point where it felt “exhausting” to combat some of the false narratives about her and her physique, she did hit back earlier this year after one TikTok user who accused O’Day of stealing some of the images on her Instagram page, before Photoshopping herself into them. Aubrey didn’t exactly deny that’s what she was doing with her photos from Bali, Bora Bora, Maldives, Santorini and Athens, Greece, but does have a reason her feed looks the way it does.

“I never went anywhere with my camera or my selfie stick out, like a tourist taking 5 million photos. I wanted to have nature speak to me and revive my soul, and give my body vibrations and feeling again,” she said. “So like did I hike down a 2 hour slanted mountain with a caboodle case of makeup, a wig, and a stylist wrack of dresses? No I did not. Do I want my photography to feel exactly how that moment felt, and how my body and my mind felt in it? Yes.”

She explained that she does visit these places and takes videos to prove she actually went, but when it comes to her IG, “I’m not saying, ‘This is a serious thing that I want to be judged.'”

“I don’t think anyone goes to my Instagram and thinks, ‘I’m getting to see inside her personal life,'” she added. “Frankly, if you think you’re seeing inside anyone’s personal life, you’re a dum-dum because Instagram is a highlight reel. It’s not real for anybody, not celebrities, not regular people. No one posts themselves crying in the shower when their Hinge date didn’t f—ing call them back. So it’s silly to think otherwise.”

“I am not really inspired by the girls who are taking selfies that are a little blurry of the jean jacket from Fashion Nova. If I’m going to have to post the jacket, I’m going to be on the moon in space with metallic stars,” she concluded, “I’m going to give you art.”