Audi has today provided a closer look at its new logo, which does away with three-dimensional chrome in favour of a more ‘discreet’ monochrome identity.

The new logo reflects the brand’s push into more expensive markets with what is intended to be a more understated identity, said brand strategist Frederik Kalisch.

Designer André Georgi explained: “Today’s chrome rings stand for high quality. The material alone conveys that message. But we believe that we have found the ‘new chrome’. The clarity of the new black-and-white rings makes our corporate identity unmistakable. The thin black border around the rings makes for a consistent, premium-quality appearance, regardless of the car’s paint or radiator-grille colour.”

Kalisch added that the move to a two-dimensional logo was also a response to increased digitalisation; that “three-dimensionality on two-dimensional displays [such as a phone screen] would not have met our technical and aesthetic requirements”.

“Besides distracting from the design of our cars, overly conspicuous identifiers probably wouldn’t go down well with our contemporary, progressive customers either,” followed Kalisch. 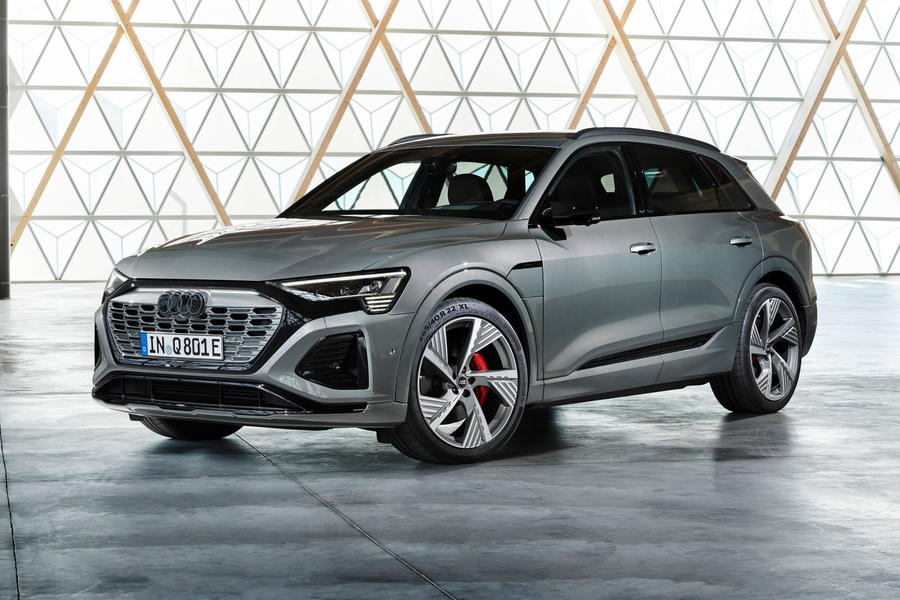 Changes made to the Q8 E-tron to push it further upmarket – with prices ranging from £68,000 to £115,000 – include the availability of a new 104kWh battery and aerodynamic optimisations, reducing the drag coefficient by 0.02Cd. This gives the Q8 E-tron Sportback 55 a range of 343 miles, trouncing the rival BMW iX xDrive40’s 257-mile capabilities.

Audi is yet to confirm whether the rest of its line-up will be updated with the new badging, although the Audi Q6 E-tron is expected to be the brand’s first all-new model to wear it.