In early September 2022, Audi revealed the next-stage evolution of its innovative rally raid contender: the Audi RS Q e-tron E2. Its most striking change is an all-new body that is significantly sleeker for optimised airflow.

Even though the cockpit of the new Audi RS Q e-tron E2 is wider than its predecessor – giving the driver and navigator more room – the new aerodynamic concept, influenced by the shape of a boat’s hull, reduces drag by around 15 per cent. The new-look bodywork is also much lighter, lowering the car’s centre of gravity and opening up opportunities for improved suspension performance on rough terrain.

Another crucial change is a sustainable fuel, called reFuel, made from renewable sources. “At Audi, we’re always pursuing a consistent strategy of decarbonisation,” says Oliver Hoffman, Audi Board Member for Technical Development. “Our battery vehicles and renewable electricity are the lead technologies. To complement this, renewable fuels offer the possibility of running internal combustion engines in a more climate-friendly way. The Audi RS Q e-tron combines both systems.”

ReFuel is made up of 80 per cent sustainable ingredients – including e-methanol and ethanol-to-gasoline (ETG), which uses biogenic plant material as its starting point – cutting the Audi RS Q e-tron E2’s CO2 emissions by a further 60 per cent.

Finally, as desert racing isn’t solely about speed and efficiency – it’s also about reliability and planning for the unexpected – Audi has also made it much easier for crews to change tyres themselves in the event of a mid-stage puncture. In the gruelling world of rally raid, even the most basic link in the chain can decide a result., and that’s why Audi has retained its three driving teams for its second Dakar assault. 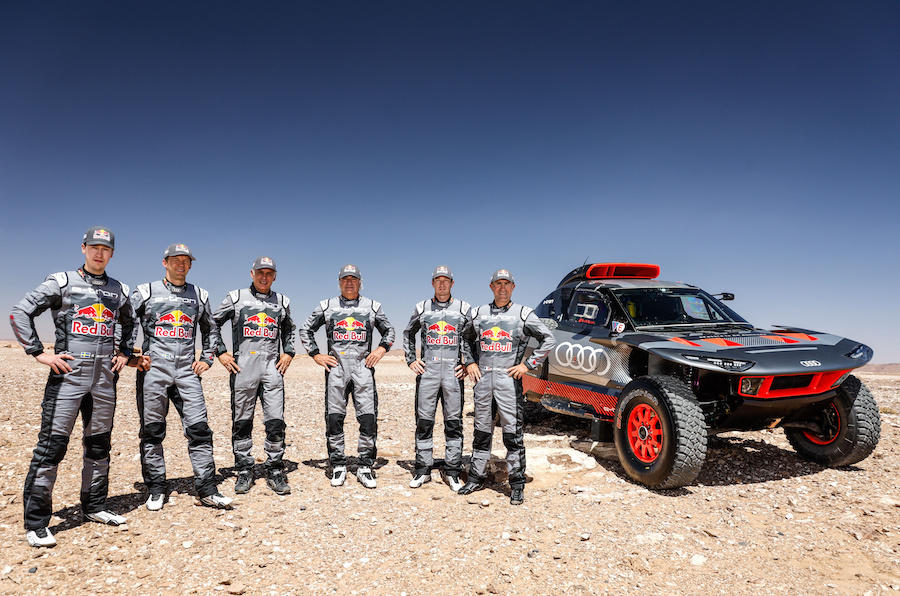