When we talk about having big shoes to fill, the Audi RS4 Avant is a fine example. Every new RS4 is, after all, a spiritual successor to the supercar-slaying Audi RS2 fast estate of the early 1990s – a car that managed to out-launch even the McLaren F1 to 30mph.

Despite the need for such broad shoulders, the RS4 has in general stepped up to the task over the generations, offering blistering pace and enough personality to get under your skin, even after its V8 heart was swapped out for the twin-turbocharged V6 of the current generation. But what if you want more? Well, enter the new RS4 Avant Competition.

Limited to just 75 cars in the UK, it’s an even faster and more capable version of the B9-era RS4 and has been designed with a specific focus on the track. Yes, the track.

So what’s actually changed? Not much in the powertrain department, where you still have the same 444bhp, 443lb ft 2.9-litre twin-turbocharged V6. Admittedly, software tweaks to the gearbox have reduced the 0-62mph sprint time by 0.2sec to 3.9sec, and the gearchanges themselves are noticeably faster and more aggressive than in the standard car, cogs being swapping almost instantly and with a race car-esque jolt. But mostly, it’s as before. 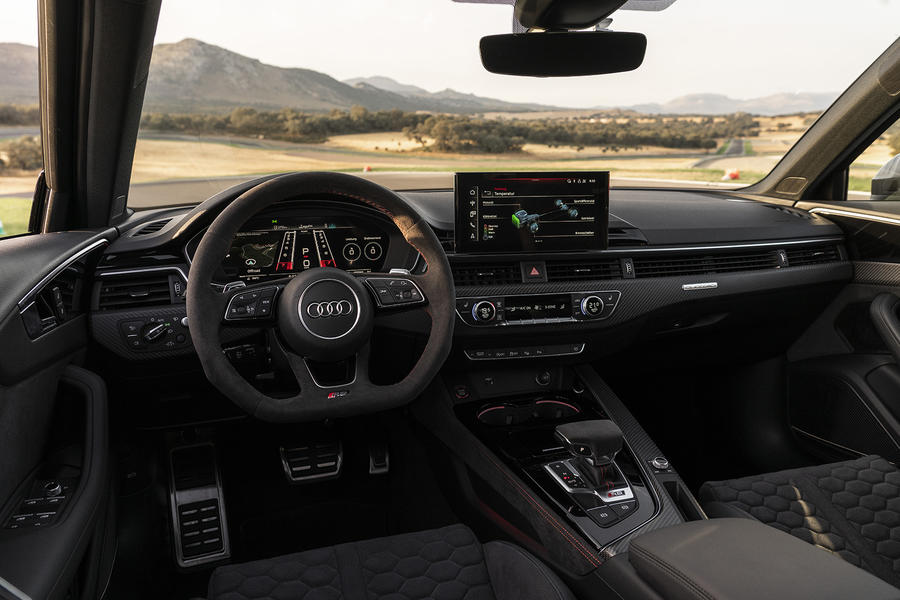 That said, an all-new RS exhaust system also makes its debut on the Competition and, along with the removal of 8kg of sound insulation between the engine bay and cabin, it contributes to a fruiter-sounding mega-estate, if still one that lacks the aural fanfare of the old naturally aspirated V8 Audi RS4 Avant (2012-2015).

Elsewhere, the fitment of Pirelli P Zero Corsa tyres and retuned ABS and carbon-ceramic brakes (a £6150 option on the regular RS4) are claimed to shave two metres off the braking distance from 62mph. Send those g-forces the other way and straight-line performance is frankly blistering, with the masses of torque forcing you into your bucket seat from almost any speed in any gear. Certainly, the upcoming BMW M3 Touring will do well to feel quite this urgent, even with its power advantage. An enticing twin test awaits.

Feeding power to all four wheels has always meant the RS4 majors on traction through corners, but the Competition’s stiffer anti-roll bars, increased spring rates and new four-way dampers take things one step further. The extra control, stability and grip is quite sensational for a car so family-ready, giving you even more confidence to barrel into corners faster and faster.

A tweaked and more consistent steering ratio builds on all of this. It makes turn-in more responsive, eliminates the standard car’s slow steering issues and makes the overall dynamic package feel more cohesive. It’s an exceedingly easy car to drive quickly and place precisely where you want it – useful with 1745kg beneath you, before passengers and luggage. 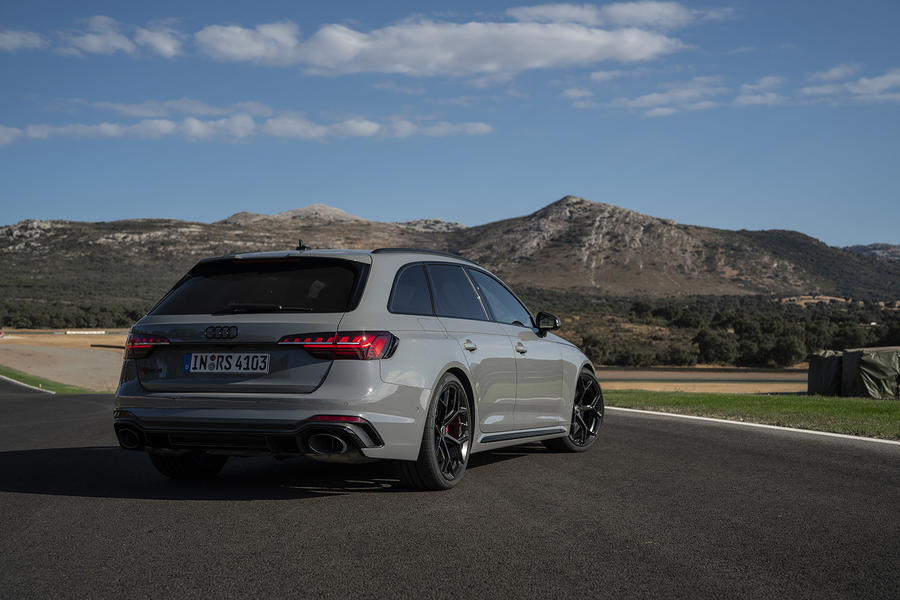 As for the ride quality, the smooth Spanish roads of our test route are perhaps not the most useful for assessing the compliance of something like the RS4 Competition. However, rougher patches of road surface did suggest that, at least without the optional coilover suspension, the car is passably comfortable in its softest damper setting. Certainly, there’s little to fear here so long as you accept that the RS4 Competition is essentially an extremely fast and focused performance car, just one wearing a boiler suit. An eventual UK test of the car when fitted with its most extreme bit of hardware – optional 10mm-lower (or even 20mm, should you choose to alter them) RS Sport Suspension Pro with manually adjustable dampers, and not tested in this case – will be interesting.