Audi Sport has shown the one-off Audi S1 E-tron Quattro Hoonitron, built for Ken Block to use in an upcoming Gymkhana video, in public for the first time at Monterey Car Week.

Inspired by the rally car that won the Pikes Peak International Hill Climb in 1987, it uses Audi RS E-tron GT underpinnings which have been extensively reworked to meet Block’s demands.

Full performance details have yet to be disclosed, but Block said the car is “capable of spinning into a donut at 150kmh [93mph] directly from standstill”. 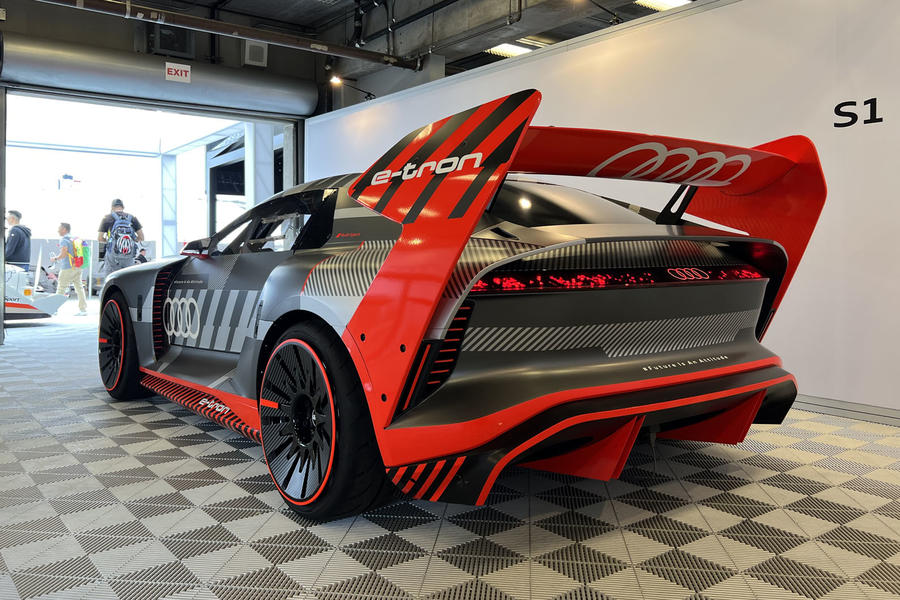 The car was developed at Audi Sport’s Neckarsulm base, with the styling handled by Audi design boss March Lichte.

The inspiration from the bodywork came directly from the Sport Quattro S1 that competed at Pikes Peak in 1987.

Lichte described it as “the opportunity to develop a car that combines an icon of our brand with the future”.

He added that the project took just four weeks and that Block was extensively involved in the design process.

Block said: “The S1 Hoonitron combines a lot of what Audi was already famous for in the 1980s. I think it’s cool that the Audi designers have been inspired by their own past and uniquely transferred the car’s technologies and appearance into the present.”

The American tested the car for the first time in November 2021 and will use it in a forthcoming ‘Elektrikhana’ video, the latest entry in his hugely popular Gymkhana series.