When automotive historians look back on the supercar boom we’ve enjoyed in the past decade, McLaren’s role will be seen as pivotal. Not only by adding a nag to what had long been a two-horse race between Lamborghini and Ferrari, but also by forcing the Italians to up their game. No more so than with the Ferrari 296 GTB.

To call the 296 a technical tour de force would be selling it short. This is a plug-in hybrid supercar packed with active systems that in lesser cars often diminish the dynamic experience: electrically assisted steer, brake by wire, active aero and driver-flattering stability aids including Ferrari’s Side Slip Control.

Plus the considerable complication of blending the assistance of a 163bhp axial flux motor with the 654bhp of the 3.0 twin-turbo V6.

Yet Ferrari has made it look easy. The 296 GTB is not just savagely fast – a claimed 1.5sec quicker around the Fiorano test track than the lighter Ferrari F8 Tributo – but it also feels incredibly natural even at its toweringly high limits. 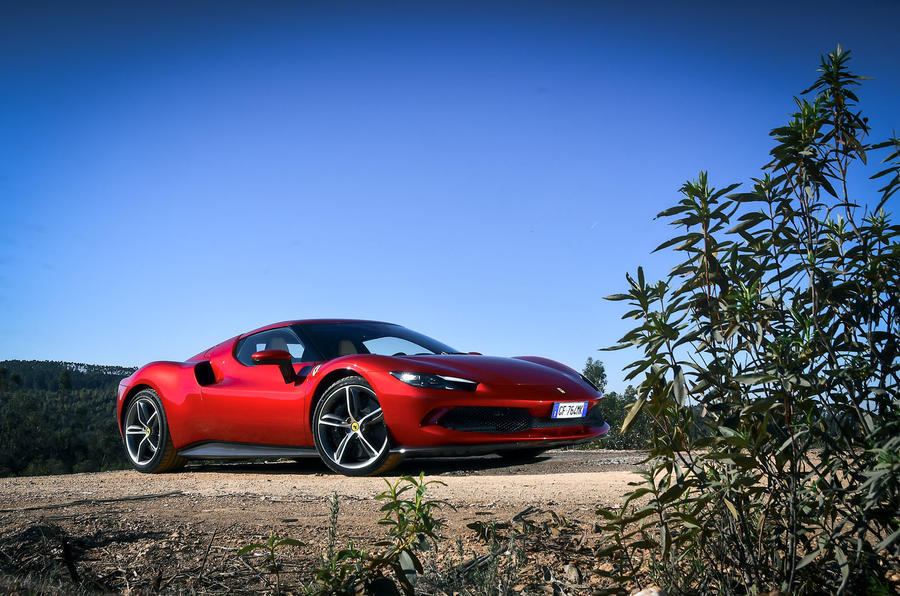 On the car’s launch, development driver Raffaele de Simone insisted we should experience the car on track in its ultra-permissive Traction Control Off mode, proving it was no harder to drift than a Mazda MX-5.

Yet the GTB is most impressive under less intensive conditions. The electric power steering has the chatty off-centre feel of hydraulic assistance but without kicking back over rougher surfaces, and the electrically boosted brakes feel similarly natural. It wears its cleverness incredibly lightly.

There are still some character-enhancing flaws. Ferrari’s new user interface is perplexing and hard to operate, and the determination to put so many controls on the steering wheel means there is no room left. Yet overall, the 296 GTB feels like an exemplar for the plugin hybrid supercar generation and a brilliantly synthesised analogue experience for a digital age.