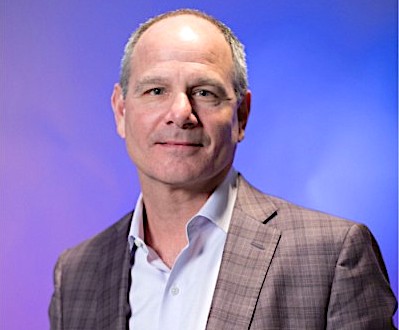 Masarek will join the company on Aug. 1, succeeding Jim Chirico, who will also resign his position on the board. Chirico has been with Avaya for 15 years, serving as the company’s CEO for the past five. Previous to that, he was Avaya’s chief operating officer and global sales leader.

Masarek was most recently CEO of Vonage America LLC, where took the reins in October 2014 and stepped down in June of 2019. In that time, he completely transformed the company. When he joined Vonage, the company had nominal business revenue and was best known for the “woo-hoo-woo-hoo-hoo” jingle that it used to drive its consumer business. Vonage’s stock price was about $3.50 a share, the company had revenue of about $850 million and was heading nowhere fast.

At Vonage, Masarek methodically went about changing the company through a multistep process that started with changing the culture and making it a place people wanted to work. The next phase was to stabilize the business and he did that through a series of strategic acquisitions. The company purchased a number of unified communications as a service or UCaaS providers, such as iCore, SimpleSignal, Telesphere and gUnify.

That provided a stable base to let Masarek move Vonage into adjacent markets, which he did via the acquisitions of Nexmo, which provided a communications platform as a service, or CPaaS, and NewVoiceMedia, a contact center firm. That shifted Vonage from being predominantly a provider of consumer services to one that serves the needs of businesses. Ultimately it led to Vonage being acquired by Ericsson for more than $6 billion, which closed just last week under CEO Rory Read.

Although I have not spoken to Avaya’s board, I’m sure the expectations will be for Masarek to evolve the company, in a similar way that he did his previous company. Since the announcement came out today, many industry contacts have reached out to me and asked if Masarek is coming in to sell the company.

Given Masarek’s strengths as a builder, I believe it much more likely that he will try to use a combination of internal innovation and acquisitions to evolve the company and set it up for long-term success. Had the board elected to hire someone such as former McAfee Corp. CEO Peter Leav, who has a track record of fixing and quickly flipping companies, I would have thought an acquisition was less than a year out.

The company Masarek is taking over is an interesting one. Avaya has many strengths, such as a strong brand in communications, and it has the largest installed base of business communications customers, a Who’s Who of brands. The top banks, governments, airlines, healthcare agencies, airlines and other companies use Avaya equipment. I have personally spoken to hundreds of Avaya customers that view the company as a strategic partner.

Avaya has gone through its own transformation over the past few years and now has record cloud, partner, subscription and software revenue. This is a marked difference from the hardware and maintenance business that dominated the company’s balance sheet for decades. Avaya also has a strong cloud-native CPaaS platform to build new products on or integrate companies into. It’s my belief that all UCaaS and Contact Center as a Service or CCaaS companies will eventually compete on the strength of their CPaaS offering. That’s why Vonage bought Nexmo, and the current OneCloud CPaaS solution gives Avaya a strong foundation to build on.

Some of the challenges Masarek will face is although the brand is strong, it is associated with on-premises communications. Also, even if shifting to subscription and cloud was the right thing to do for the long-term health of the company, it did slow down revenue growth. Every company that has shifted from a onetime revenue model to subscription faces this, since it’s better from a revenue recognition standpoint to take a dollar today versus spreading it out over the term of the contract, although the latter provides much more stability and predictability.

Lastly, there is the debt as the company has: hundreds of millions in short-term debt and more than 2 billion in long-term debt. The debt is manageable, if the company can grow. If not, the debt-to-revenue ratio becomes too great to manage. That makes profitable growth a top priority for Masarek.

Additionally, I believe Masarek will need to invest more in marketing to help re-energize the Avaya brand, similar to what he did at Vonage. Under Masarek, Vonage dumped the cartoonlike logo and replaced it with the current “V” that looks more corporate. Since Simon Harrison has taken over as chief marketing officer, Avaya has shifted to a marketing-led organization, but I’d like to see more investment in this area to raise the company’s profile in cloud, customer and employee experiences, artificial intelligence and hybrid work.

Regarding ou Chirico, he leaves behind a stronger company than the one he took over. Although his last quarter as the company chief is punctuated with a pre-announcement of a big earnings miss, he did do many good things for Avaya.

As I mentioned earlier, Avaya’s revenues for cloud, partner, subscription, software and other meaningful metrics are all at an all-time high and ahead of the plan laid out a few years ago. He did much of this through financial engineering, changing sales models and internal product innovation, but he could never get the company to accelerate growth. He has the business pointed in the right direction, but now a new leader is needed to step on the gas and take Avaya to the next level.