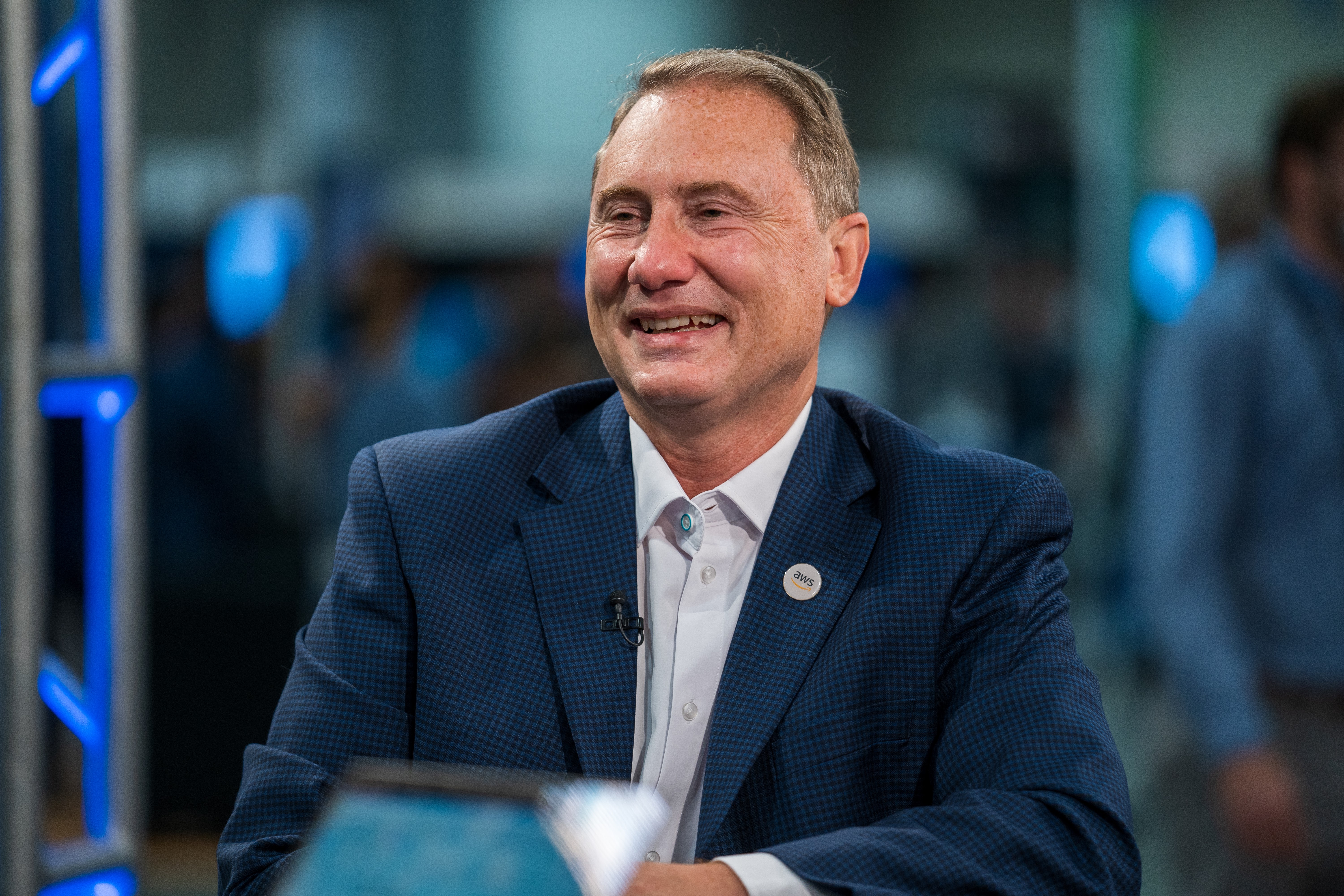 It was through leaps in technology that the U.S. space program was able to land humans on the Moon in 1969. Over half a century later, technology is again transforming the space industry in major ways.

While commercialized space flight companies such as SpaceX, Blue Origin and Virgin Galactic have captured a great deal of publicity in recent years, there has been a quieter movement underway to leverage advanced technologies and build a space infrastructure that will serve a variety of purposes. These include using satellite networks to monitor climate-related events on Earth and providing on-board data processing capabilities to support planned missions to the Moon and Mars, the ultimate edge use case.

One of the key figures involved in this effort is Clint Crosier (pictured), director of aerospace and satellite solutions at Amazon Web Services Inc. and retired Maj. Gen. of the Space Force and Air Force. Crosier joined AWS in 2020, and he has been leading a set of initiatives to leverage the power of cloud computing and boldly go where no one has gone before.

“Decision-makers need to make real-time decisions,” said Crosier, in an exclusive interview with SiliconANGLE Media. “We are inundated with data, and often space companies will tell you they can’t use all of the data they are collecting because they don’t have the right tools. That’s the gap that AWS is filling in the space industry.”

AWS added a chapter to the saga of its space mission strategy with an announcement during the Amazon re:Mars conference in June. The company revealed that it had placed one of its AWS Snowcone edge computing and storage devices into orbit.

The technology was included as part of Axiom Space Inc.’s mission to the International Space Station. The Snowcone device has been put through months of testing by NASA and provides encrypted onboard data processing capabilities in an environment where bringing cloud computing functionality to workloads is a challenge.

Axiom’s customers told AWS it was previously taking up to 18 hours to download experimental data for the mission ground team, according to Crosier. Snowcone allowed researchers aboard the ISS to leverage compute, storage and network capabilities without requiring a cumbersome data transfer process.

“With the Snowcone in orbit, we can do that in approximately 20 minutes,” said Crosier, during an interview with SiliconANGLE in advance of the re:Mars announcement. “Snowcone is still in orbit as we speak.”

AWS has also been focused on providing solutions to support the growing network of space satellites in orbit around Earth. This could end up becoming a significant business for the cloud provider, as the Federal Communications Commission received requests to approve 38,000 satellites in 2021 alone. There are approximately 13,000 satellites in orbit today, according to the United Nations’ Outer Space Objects Index.

Numbers such as these have made ways to monitor potential collisions between objects more critical.

LeoLabs Inc. is a space object-tracking startup that was selected in 2021 for the AWS Space Accelerator program. The company has been using AWS technology to speed up its ability to track satellites and the pieces of space debris surrounding them. LeoLabs provides a warning system for potential collisions, which requires being able to gather and analyze a tremendous amount of data so that owners of expensive satellites can maneuver and avoid a crash.

“Now instead of eight hours, they do that entire run in less than 10 seconds,” Crosier said. “That’s game-changing.”

Satellite companies are also moving to the cloud to monitor conditions on Earth. The commercial Earth observation platform Maxar Technologies Inc. leverages a network of satellites to provide imagery for a seamless, high-resolution basemap that covers large areas. The company has been working with AWS to create a high-performance computing solution that reduces the time for generating numerical weather predictions.

Through a combination of Amazon EC2, Elastic Fabric Adapter, Amazon FSx for Lustre and AWS Parallel Cluster, Maxar has been able to generate severe weather predictions up to 58% faster and assess potential impact on agriculture in major continents, such as Africa.

“A 58% increase in the ability to predict when a hurricane has moved due to wind shift can mean an extra hour of notice,” Crosier noted. “They are doing near real-time analysis of rainfall, and it’s impacting where crops and food supplies are thriving and suffering. All of these things are helping save lives on the continent of Africa. We call that making the world a better place from space.”

Crosier has spoken in the past of a “space-cloud nexus,” an intersection of space industry demands with computing solutions only the cloud can provide. This nexus is transforming the space industry in new ways, as a growing number of companies adopt cloud for managing applications in space.

“Until about three years ago, the space industry didn’t understand what the cloud was, let alone how to harness it,” Crosier explained. “Our team at AWS can unlock all the unique ways we can use space technology.”

There was once a time when the concept of space mission control was represented by a large room with hundreds of scientists and engineers hunched over glowing computer screens. Today, that image is being replaced by one user controlling data gathered from a satellite constellation on a laptop.

Capella Space Inc. provides satellite services for customers seeking images from Earth, day or night. In April, Capella unveiled new products that let users specify location images using the company’s synthetic aperture radar satellites. The images are automatically captured by Capella’s network and downloaded to a customer who can then perform data analysis. Capella runs its entire IT infrastructure on AWS, and its concept of a virtual mission operations center represents where cloud-based space solutions are headed.

“They can operate their constellations anywhere in the world where you can plug a laptop into the internet,” Crosier said. “We’re in very early days with things like the Capella Space virtual mission operations centers. I believe over time economics will demand that everybody go the virtual route.”

In addition to supporting numerous operations vendors, AWS has been developing its own network to support space initiatives. AWS Ground Station was unveiled during re:Invent in November 2018 as a service for downloading data into AWS Global Infrastructure Regions. One year later, the cloud provider had six Ground Stations installed, and that number expanded to include 10 by the end of last year.

Users of AWS Ground Station pay by the minute for the service and can save money by using the company’s infrastructure rather than having to invest in building their own. AWS is not the only major cloud provider with ground station services. Microsoft Corp. has its own network of ground stations, and Google LLC has teamed up with SpaceX Starlink to provide a similar service.

Crosier came to AWS following a distinguished career in military space. He is widely credited for playing a major role in the standup of the U.S. Space Force and developed satellite commanding processes that became the standard for the Air Force. An assignment in the U.S. Senate before joining AWS led to Congressional action in rebalancing America’s space intelligence architecture within the Defense Department and the National Security Council.

Like many who ultimately chose a career in space, Crosier was influenced at an early age by a 1960’s television series that went on to become one of the most popular and highest grossing media franchises of modern times.

“I grew up on ‘Star Trek,’” Crosier said. “The idea of boldly going where no one has gone before was pretty interesting stuff. Space just captivates the human imagination. It just really motivates people, and I was motivated the same way.”