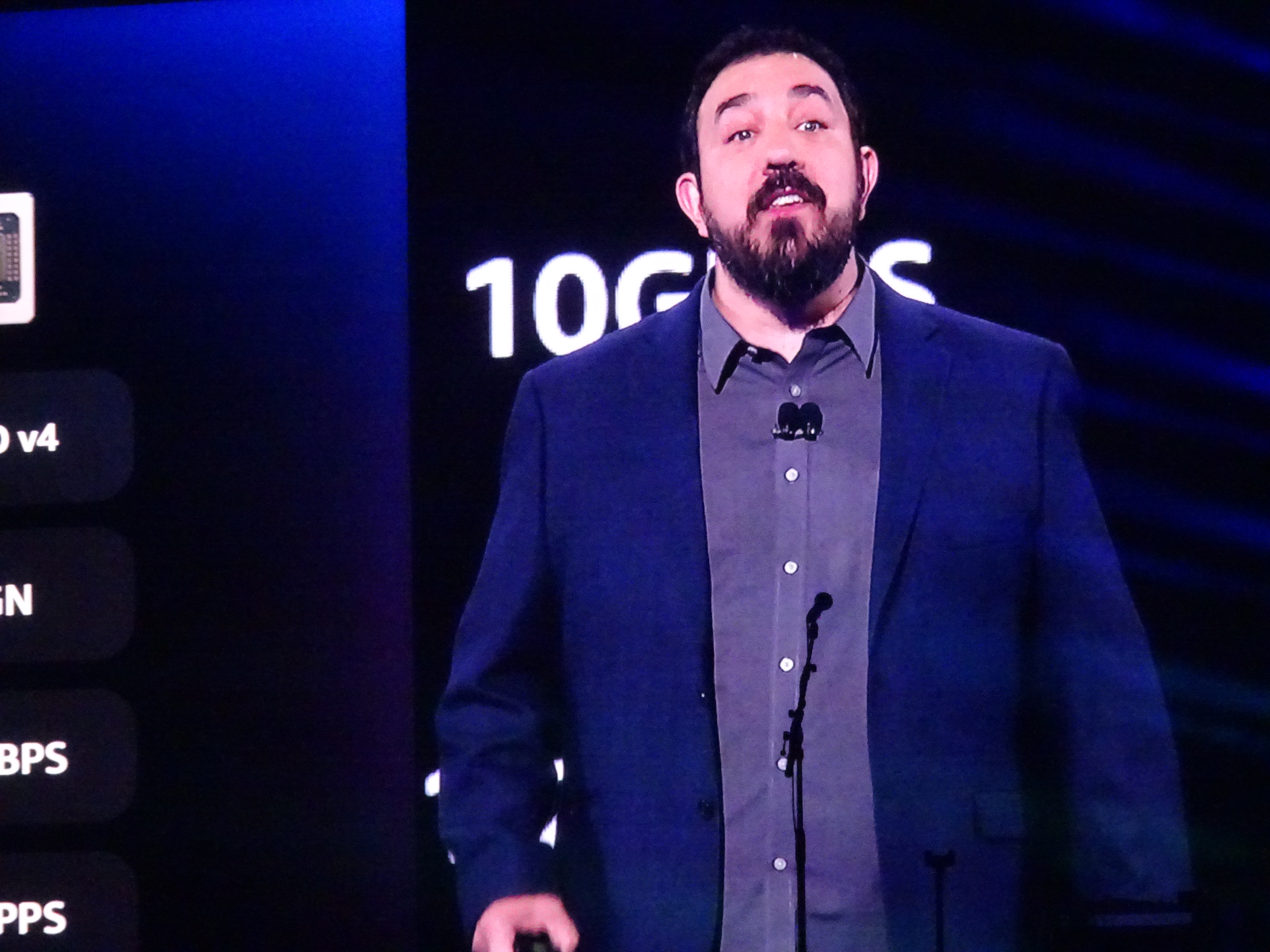 Amazon Web Services Inc. revealed new central processing chip hardware for its Elastic Compute Cloud last night during the Monday evening infrastructure keynote at AWS re:Invent alongside a new version of its Nitro hypervisor and new instances that will take advantage of the hardware.

Amazon says the new chip, dubbed the Graviton3E, upgrades the current line of the Graviton family with noticeable performance improvements over the standard Graviton3, sustaining over 35% better performance for vector-based workloads.

Peter DeSantis (pictured), senior vice president of AWS utility computing, explained during the keynote that it performed better when used for life sciences and financial modeling, among other things. The Graviton3E chip is optimized for vector and floating-point workloads, which are common in higher-performance computing, especially research involving large-scale data modeling such as finance, weather prediction, life sciences, materials sciences and chemistry.

The Graviton family of Arm-based custom processors was developed by AWS to provide customers with superior high-performance computing in EC2 with reduced costs. The launch of Graviton3 provided up to 80% performance improvements over Graviton2 for some applications and even significant boosts for encryption and video encoding.

Graviton3E will be supporting a whole new set of EC2 instances including the upcoming HPC7G instances for high-performance computing workloads with 200 gigabytes of dedicated network bandwidth. It is available in multiple sizes up to 64 virtual CPUs and 28 GiB of memory. These instances will not be online until sometime in 2023.

The processors will also be available for C7gn instances for networking-intensive workloads such as virtual networking appliances — firewalls, virtual routers, load balancers and similar services — data analytics and tightly coupled computing clusters. They are capable of supporting 200 Gbps of network bandwidth and 200% higher packet performance. A preview of these instances is being launched today.

DeSantis explained that both of these new instances would take advantage of the new Nitro 5 hardware hypervisor, which was also announced today. This new fifth-generation Nitro card almost doubles compute capacity on board, supports 50% more DRAM bandwidth, 60% higher packets per second, 30% lower latency and 40% better performance per watt.

In combination with the new Nitro, DeSantis said that C7gn offers 50% better packet processing performance at the lowest latency and the highest throughput.

According to DeSantis, that was made possible because the AWS team doubled the number of transistors on the custom Nitro chips.